Home » Britney Spears Wants To Speak At Conservatorship Hearing, According To Her Lawyer 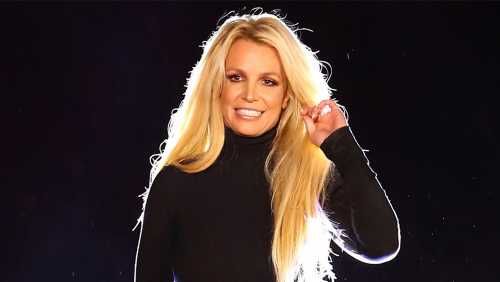 Britney Spears Wants To Speak At Conservatorship Hearing, According To Her Lawyer

The court-appointed attorney for Britney Spears said during Spears’ latest conservatorship hearing on Tuesday that the pop star wants to address the judge in court.

“The conservatee has requested that I seek from the court a status hearing at which she can address the court directly,” Samuel D. Ingham III told the judge overseeing the case, according to the New York Times. He proposed that the hearing be scheduled on an “expedited basis,” preferably within 30 days.

Interest in Spears’s case has peaked since the release of Framing Britney Spears, a documentary from the New York Times that debuted on FX and Hulu in February. The documentary sparked a rolling social media conversation about the singer’s treatment by the media and by some of those she trusted most. Many of Spears’ fans have actively participated in an online “FreeBritney” campaign calling for an end to the oversight of her life and affairs, but Spears herself has never directly addressed the situation.

The closest she has come of late is in a lengthy late-March Instagram post where she said, in part, “My life has always been very speculated…watched…and judged really my whole life…It takes a lot of strength to TRUST the universe with your real vulnerability cause I’ve always been so judged…”

Spears’s lawyer did not say what the 39-year-old singer wants to tell Los Angeles Superior Court Judge Brenda Penny, and the judge did not specifically say she would hear what Spears has to say. But the judge, after excusing herself to go in chambers and check her calendar, later scheduled a June 23 hearing on the status of the conservatorship.

The judge also set a July 14 hearing on other issues that were scheduled to be heard Tuesday, but postponed for further work by the attorneys. They include unspecified accounting issues, petitions for fees to be paid by the Spears estate and various motions to seal documents.

Ingham told the judge that he and Vivian Thoreen, the attorney for Spears’s father, Jamie Spears, have been working on a “global resolution” of the accounting issues and hope to have an agreement soon. Thoreen also said she plans to file an updated fees petition.

Forbes estimated in February that Spears has a net worth of $60 million. She hasn’t released new music since 2016 and she stopped touring in 2018. By comparison, Jessica Simpson and Jennifer Lopez each have built fortunes of more than $100 million. Beyonce is worth over $400 million.

“My client has informed me that she is afraid of her father,” Ingham told the judge. “She will not perform again if her father is in charge of her career.”

Spears has been under a conservatorship since 2008, when she was hospitalized several times after exhibiting bizarre behavior, including shaving her head.

Court documents show that in 2018, the singer’s living expenses were in the range of $400,000 and her travel expenses, $70,000. Legal and conservator fees that year totaled $1.1 million. Of that, Jamie Spears collected a court-approved $128,000 as conservator.

Jamie Spears and the Bessemer Trust Co. are the co-conservators of the Spears estate and share management of her business affairs. Ingham has said his client would be happier without her father involved and has sought clarification from other attorneys in the case if they approve a final order establishing Bessemer Trust’s role.

Attorneys for Jamie Spears have repeatedly insisted he has done excellent work managing his daughter’s finances. Spears lawyer says she is “strongly opposed” to her father returning as her personal conservator.