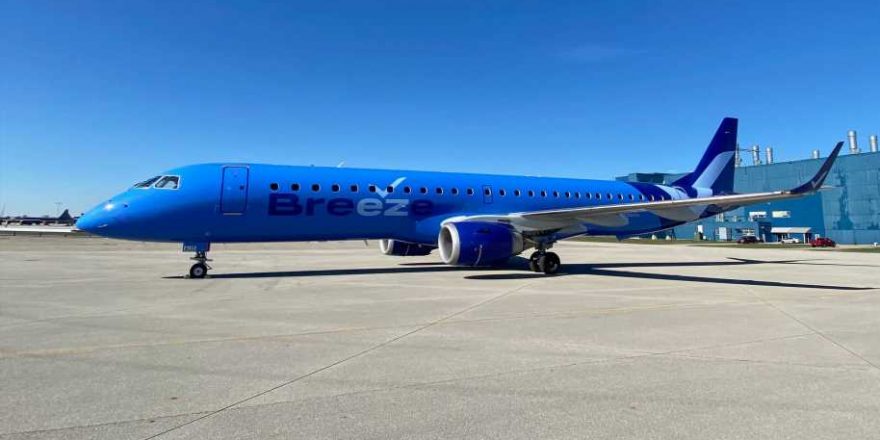 Airlines scrambling to capitalize on a rebound in travel as the pandemic wanes in the U.S. have yet another competitor in the skies.

Neeleman's fifth airline, Breeze Airways is offering fares that start at $39, for routes it says are underserved around the U.S. Flights begin May 27, just before Memorial Day weekend, with service from Charleston, South Carolina to Tampa and Hartford. In total, it plans to operate 39 routes by July 22, including Charleston to Columbus, Ohio, New Orleans and Huntsville, Ala.. Breeze will use 10 all-economy class Embraer E-190 jets with 108 seats, and three E-195 planes with 118 seats.

Other routes, which will be added in July, include service between New Orleans and Tulsa, Okla., Louisville, Ky.

"Covid's been really tough on our industry but we've been able to take advantage of low aircraft prices," Neeleman told CNBC's Squawk Box on Friday. "We have really low prices. We're flying routes that really haven't been flown nonstop, really, ever, and with really low trip costs."

Breeze says it won't charge fees for changing or canceling flights. Major carriers got rid of change fees during the pandemic for standard economy tickets in an effort to win back travelers. The startup will charge $20 for checked or carry-on bags.

The new carriers are debuting when airlines are hoping to stop their losses as travelers come back.

"I think all the competition is significant for us," Southwest Airlines CEO Gary Kelly told shareholders this week. "And a lot of it will depend with what routes new airlines choose. For the most part, I don't think … that we're seeing any direct overlap with a lot of the — well, what I've seen with two new entrants into the market … plus at this stage of their corporate lives, they're relatively small."

Neeleman first announced he planned to start a new low-cost airline in June 2018.