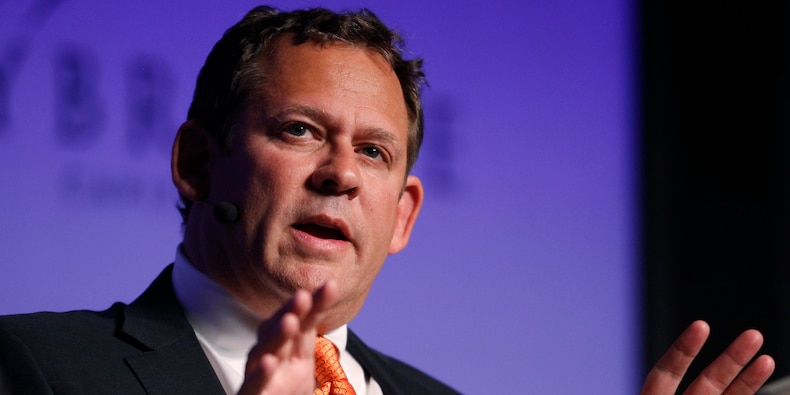 In an interview with Bloomberg on Monday, Rieder said he believes the Fed has done "an incredible job" rescuing the American economy amidst a global pandemic but thinks it's "time to evolve the policy here" and begin tapering asset purchases.

The Federal Reserve, under the direction of chair Jerome Powell, said it will continue to buy at least $120 billion of bonds each month "until substantial further progress has been made toward the Committee's maximum employment and price stability goals" in a meeting back in December.

"There is a lot of healing that would need to happen before I would want to start to be thinking about us having made substantial progress," Bostic said in comments to reporters after a speech at a Consumer Financial Protection Bureau conference.

"Right now, I'm not sure I am at a place where I would be wanting to force that (tapering) conversation at a committee level," he added.

Rieder, on the other hand, said that markets are "awash with liquidity today" and that it's fueling inflation concerns.

Some of those concerns may be transitory, according to Rieder, but some are more durable.

"If you said to me what's going to be durable in terms of inflation, it will be shelter. It'll be the fact that we don't have enough homes," Rieder said.

The BlackRock CIO highlighted data from National Home Builders Association shows lumber prices alone have driven up the value of the average new single-family home by over $30,000 since last April.

Rieder did say that he's not sure if the liquidity dynamic in markets today will create the long-term inflation some market pundits are expecting, but also argued the Fed should begin moving away from its emergency policies either way.

"So if I were the Fed, I mean I would taper down the amount of buying they are doing in the front end," Rieder said.

"Save some powder for continuing to be a buyer at the longer end of the yield curve in case people get too worried about inflation, but I would start to taper sooner rather than later, but you know, we're going to watch how they're going to think through that," Rieder added.

Rieder also said that he doesn't believe a mild tapering will hurt markets and noted that the last jobs report was not representative of the true hiring levels seen in the US.

"Hiring is going to take place, it's got real momentum to it that won't, because of the Fed tapering, will not slow down in any way, shape, or form."

Rieder concluded by saying that he believes the Fed can evolve its policy and still be "accommodative" towards markets.

Read more: Goldman Sachs says these 23 stocks have strong pricing power and rock-solid margins that could protect against soaring inflation