Home » Business » BlackRock has begun to 'dabble' in bitcoin because investors are hunting for 'storehouses of value,' according to fixed-income boss Rick Rieder | Currency News | Financial and Business News

BlackRock has begun to 'dabble' in bitcoin because investors are hunting for 'storehouses of value,' according to fixed-income boss Rick Rieder | Currency News | Financial and Business News 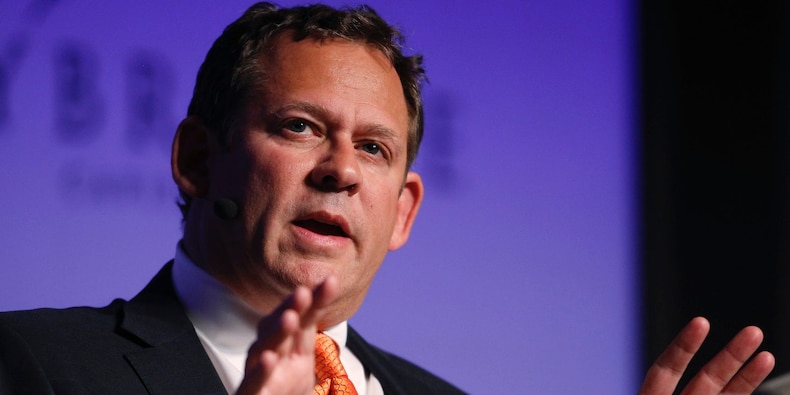 The world’s largest asset manager entered the bitcoin space due to its growing respectability as an asset class, investment chief Rick Rieder told CNBC on Wednesday.

While bitcoin’s volatility is extraordinary, he said on “Squawk Box,” investors are still hunting for storehouses of value.

“People are looking for places that could appreciate under the assumption that inflation moves higher and that debts are building, so we’ve started to dabble a bit into it,” he added.

Bitcoin’s price broke above $51,000 for the first time on the same day as Rieder’s comments, taking its market cap to close to $1 trillion. The token’s price has already gained 78% year-to-date, adding to a momentous rally that took off last year.

Rieder said: “My sense is the technology has evolved and the regulation has evolved to the point where a number of people find it (bitcoin) should be part of the portfolio, so that’s what’s driving the price up.”

According to him, the extent of exposure to the asset class depends on the overall composition of an investor’s portfolio.

With $8.68 trillion assets under management, BlackRock has been holding more cash than ever before. “It’s because duration doesn’t work, interest rates don’t work as a hedge and so diversifying into other assets makes some sense,” Rieder said. “Holding some portion of what you hold in cash in things like crypto seems to make some sense to me, but I wouldn’t espouse a certain allocation or target holding.”

Last month, the asset manager authorized two of its funds to invest in bitcoin futures for the first time. The two funds are BlackRock Strategic Income Opportunities and BlackRock Global Allocation Fund.

Rieder has previously said there’s a clear demand for bitcoin and “it’s going to be part of the asset suite for investors for a long time.”