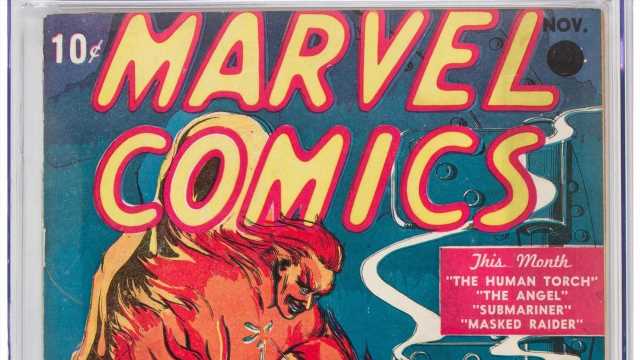 Even with an option to watch "Black Widow" at home, audiences went to the movie theater in pandemic record numbers this weekend to catch the first Marvel movie released in two years.

The Walt Disney Co. said Sunday the superhero pic generated an estimated $80 million in ticket sales in North America. Combined with $78 million from international theaters and at least $60 million in Disney+ Premier Access rentals, "Black Widow" grossed over $215 million in its first weekend. The studio said it’s the largest domestic opening weekend since "Star Wars: The Rise of Skywalker" debuted in 2019, pre-pandemic.

It’s a massive win for coronavirus-era moviegoing. In North America, the previous pandemic recordholder was Universal’s "F9," which debuted to $70 million a few weeks ago. But unlike "Black Widow," which is playing on 4,100 screens, the ninth "Fast & Furious" movie was exclusively in theaters.

"This was a pretty monumental weekend for the industry," said Paul Dergarabedian, Comscore's senior media analyst. "'Black Widow' played well on big screens and small screens. And it actually strengthens the case for movie theaters."

DISNEY’S 'BLACK WIDOW' BY THE NUMBERS

Dergarabedian noted that the vast majority of profits, $158.8 million, came from theaters. Around $12 million of that came from IMAX screens too.

"Hollywood blockbusters continue to gain ground at the box office with each successive release, and that bodes very well for the many films lined up for exclusive worldwide theatrical release this fall and beyond," said Rich Gelfond the CEO of IMAX. 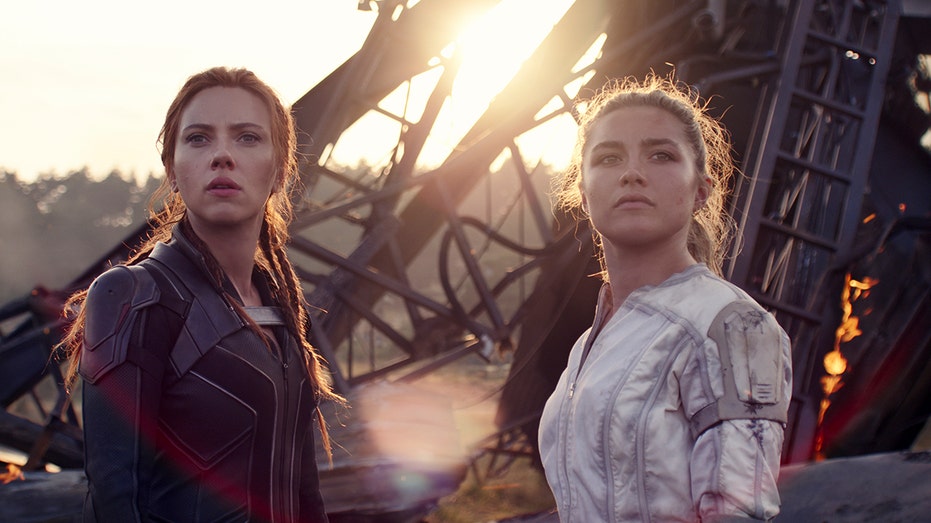 ‘Black Widow’ earned the best opening weekend since the onset of the coronavirus pandemic. (Marvel Studios-Disney via AP)

"Black Widow," starring Scarlett Johansson, has had a long journey to theaters. Originally slated to come out in May of 2020, the blockbuster was delayed because of the pandemic. Disney ultimately decided to release it "day and date," meaning it came out on more than one platform at the same time. "Black Widow," in theaters and for a $30 rental on its subscription streaming service Disney+. Although not unprecedented for pandemic movie releases, or even for Disney, which did the same for "Cruella," it’s the first Marvel movie to attempt the hybrid strategy. And it’s by far the biggest earner to date.

It is unusual for studios to release grosses from streaming profits in real time. Many never do so, and some release figures weeks after the fact.

"'Black Widow’s' strong performance this weekend affirms our flexible distribution strategy of making franchise films available in theaters for a true cinematic experience and, as COVID concerns continue globally, providing choice to consumers who prefer to watch at home on Disney+," said Kareem Daniel, the chairman of Disney Media and Entertainment Distribution, in a statement.

The film was liked by audiences, who gave it an A-minus CinemaScore, and critics. "Black Widow" currently boasts an 80% positive rating on Rotten Tomatoes. Men made up some 58% of the opening weekend crowd.

"F9" came in second place with an estimated $10.8 million, bringing its domestic total to $140.8 million in its third weekend out in North America. Globally, it’s grossed $541.8 million. Universal also held the third and fourth place spots with the animated sequel "The Boss Baby: Family Business," which added $8.7 million, and the horror "The Forever Purge," with $6.7 million. "A Quiet Place Part II" rounded out the top five with $3 million.

Currently, 81% of North American theaters are open, and most are operating at full capacity. Overall the films this weekend grossed a total of $117 million. It's the first time since the beginning of the pandemic that a moviegoing weekend has surpassed $100 million.

And while it's promising for the industry as a whole, Marvel films have always been in a box office category of their own. Overall, they've grossed nearly $23 billion.

"Marvel films are a unique monster," Dergarabedian said. "I don’t know that you’ll see this for every release."