Home » Bitcoin's free-fall below $50,000 has it testing a new technical threshold that could signal even more weakness ahead | Currency News | Financial and Business News

Bitcoin's free-fall below $50,000 has it testing a new technical threshold that could signal even more weakness ahead | Currency News | Financial and Business News 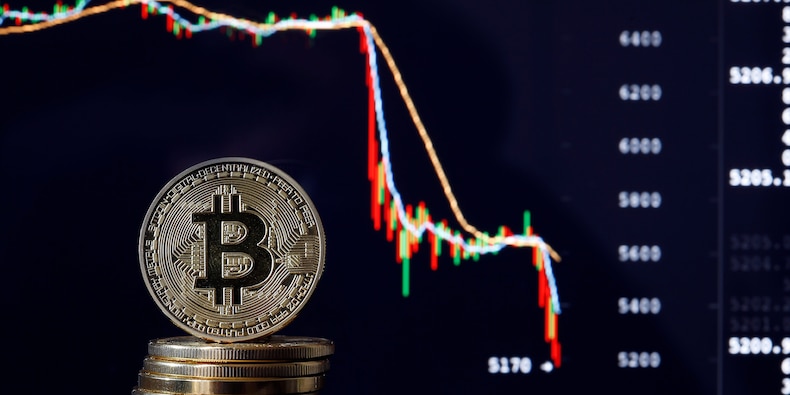 Bitcoin's weakening momentum has helped contribute to a swift 24% decline from its record high of nearly $65,000 over the past week. The cryptocurrency is now at a crucial turning point, and faces even deeper losses if a key price level doesn't hold.

The first sign of trouble for bitcoin was a consecutive daily close below its 50-day moving average on Wednesday, which technical analyst Katie Stockton of Fairlead Strategies said was a key line in the sand for the cryptocurrency.

Moving averages are a lagging trend-following indicator that technical analysts use to smooth out price movements and help identify the direction of the trend in place.

Traders often view the the 50-day moving average – which accounts for closing prices over the last 50 days – as an important inflection point. If an asset falls below it and fails to recover, it's a signal more losses are coming. On the flip side, if it rises above the threshold and stays there, further gains can be expected.

Now, bitcoin is struggling to hold support at its 100-day moving average, another closely watched moving average that often helps identify areas of support and resistance in the short-term. The weakness was exacerbated on Thursday following reports that the Biden administration is eyeing an increase in the capital gains tax.

The 100-day moving average currently sits at $49,500. Bitcoin briefly fell below that level on Friday to $47,500, but has since recovered and is trading at $49,560. Consecutive daily closes below the 100-day moving average would set bitcoin up for more weakness ahead, and with bitcoin's RSI still above 30, it has yet to reach levels considered oversold by traders.

According to Stockton, the current weakness could lead to bitcoin finding support at $42,000, which would represent an additional decline of 15% from current levels and a total drawdown of 35% from its record high.

That potential decline would not be out of the ordinary for bitcoin, which has historically experienced significant corrections amid a broader long-term uptrend. And despite the current weakness in bitcoin, Stockton believes bitcoin can ultimately hit $69,000.

"The pullback does not negate the breakout, but it suggests that its targeted level [$69,000] may take longer to achieve," Stockton said, adding that despite the short-term pullback, bitcoin's long-term momentum "remains strong."

Read more: The investing chief of crypto asset manager Arca shares the 3 themes and 10 tokens he's betting on – and explains how to execute his special-situations investing strategy in digital assets 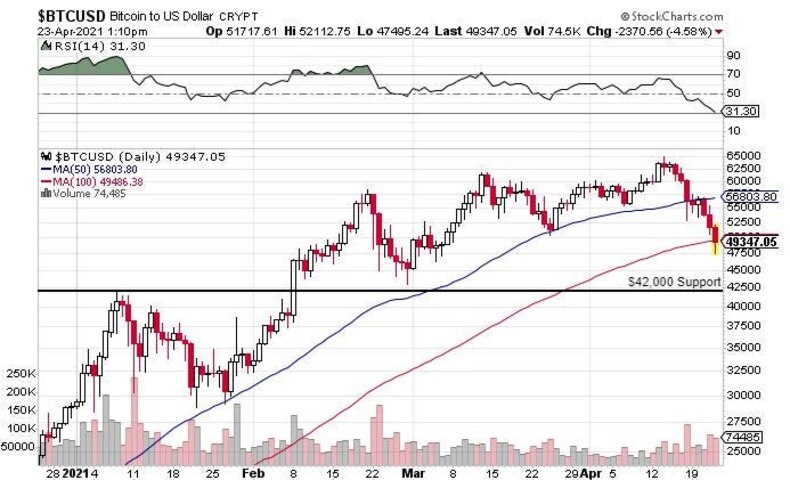