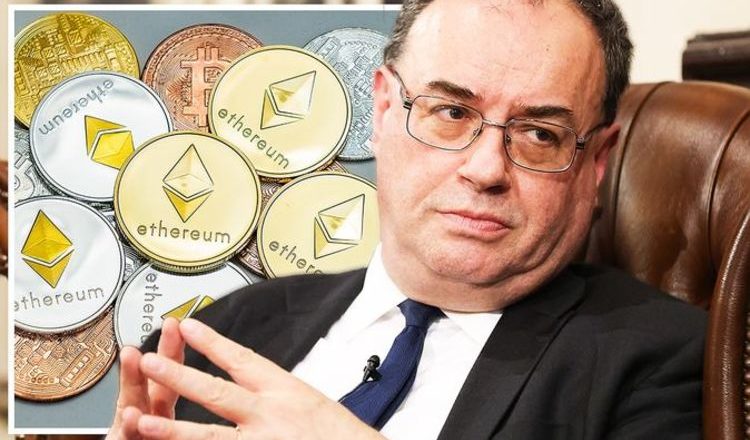 Blair Halliday, the UK head of cryptocurrency exchange Gemini, said “2022 will definitely be an interesting year”. As more consumers have piled into cryptocurrencies governments have increasingly been left with the question of how to regulate them. In the US a new infrastructure bill is set of cover areas such as definitions and obligations on brokers, while in the UK a crackdown has begun on advertising. While Mr Halliday predicts more regulation to come this year he said regulation was “at the heart” of Gemini’s business.

“We’ve always been a strong proponent for regulation for crypto” he explained, predicting regulation would help crypto reach its full potential by giving consumers the confidence to invest.

However he warned it shouldn’t “stifle innovation” and “should be proportionate and enable the industry to grow”.

As countries around the world look at how to regulate cryptocurrencies, striking the right balance has become key to maintaining competitiveness.

Mr Halliday explained: “What we want to make sure is that UK customers continue to be focused on going to UK based centres.”

Consumers have been faced with a growing choice in recent years with an explosion of new cryptocurrencies, particularly meme coins such as Dogecoin and Shiba Inu.

When Gemini started it offered eight coins and now offers over 40.

While 2021 saw the growth of many legitimate coins, crypto based scams have also been on the rise.

One trend has been rug pulls where a seemingly legitimate coin is launched and allowed to build in value before being withdrawn by the developers with investors unable to cash in.

Mr Halliday advised: “I think it’s critical if you’re going to invest in crypto to use a firm that’s trusted.

“You should be looking at ones that have been registered by the FCA (Financial Conduct Authority) as an authorised crypto asset firm.

“But also just understand the longevity of a coin as well, how long its been around, maybe what the general trajectory has been.”

A coin which may eventually appear is a central bank digital currency which the Bank of England have currently been consulting on.

The digital pound, quickly dubbed Britcoin, was recently trashed though by a House of Lords report which branded it “a solution in search of a problem”.

Bank of England Governor Andrew Bailey has since defended the idea pointing out it would help the Bank retain oversight of domestic payment systems, particularly if a large tech firm such as Facebook were to introduce its own coin.

“Not everything in the crypto space coming from government or from other parts of traditional finance is always positive towards crypto” conceded Mr Halliday.

“But I think generally it’s trending towards people recognising that we’re absolutely well beyond the tipping point where crypto is here to stay and stablecoins and blockchain and central bank digital currencies will all have their part to play in the new future of finance.”

While cryptocurrency prices have been difficult to predict the rise in popularity has been much clearer with ownership predicted to have risen to around 2.3 million people in the UK last year.

Mr Halliday predicted: “2021 was an incredible year, absolutely incredible, and I think 2022 is going to be even bigger and better.”