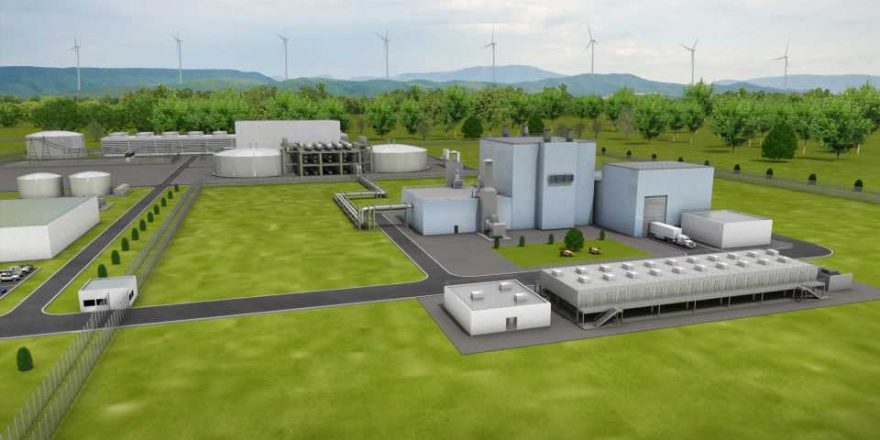 TerraPower, a start-up co-founded by Bill Gates to revolutionize designs for nuclear reactors, has picked Kemmerer, Wyoming, as the preferred location for its first demonstration reactor. It aims to build the plant in the frontier-era coal town by 2028.

Constructing the plant will be a job bonanza for Kemmerer, with 2,000 workers at its peak, said TerraPower CEO Chris Levesque in a video call with reporters on Tuesday.

It will also provide new clean-energy jobs to a region dominated today by the coal and gas industry. Today, a local power plant, coal mine, and natural gas processing plant combined provide more than 400 jobs — a sizeable number for a region that has only around 3,000 people.

"New industry coming to any community is generally good news," Kemmerer Mayor William Thek told CNBC. "You have to understand, most of our nearby towns are 50 miles or more from Kemmerer. Despite that, workers travel those distances every day for work in our area."

For TerraPower, picking a location was a matter of geological and technical factors, like seismic and soil conditions, and community support, said Levesque.

Once built, the plant will provide a baseload of 345 megawatts, with the potential to expand its capacity to 500 megawatts.

For reference, one gigawatt or 1,000 megawatts of energy will power a mid-sized city, and a small town can operate on about one megawatt, according to a rule of thumb Microsoft co-founder Gates provided in his recent book, "How to Avoid a Climate Disaster." The United States uses 1,000 gigawatts and the world needs 5,000 gigawatts, he wrote.

It will cost about $4 billion to build the plant, with half of that money coming from TerraPower and the other half from the U.S. Department of Energy's Advanced Reactor Demonstration Program.

"It's a very serious government grant. This was necessary, I should mention, because the U.S. government and the U.S. nuclear industry was, was falling behind," said Levesque.

"China and Russia are continuing to build new plants with advanced technologies like ours, and they seek to export those plants to many other countries around the world," Levesque said. "So the U.S. government was concerned that the U.S. hasn't been moving forward in this way."

Once built, it should provide power for 60 years, Levesque said.

How TerraPower's reactors are different

The Kemerrer plant will be the first to use an advanced nuclear design called Natrium, developed by TerraPower with GE-Hitachi.

Natrium plants use liquid sodium as a cooling agent instead of water. Sodium has a higher boiling point and can absorb more heat than water, which means high pressure does not build up inside the reactor, reducing the risk of an explosion.

Also, Natrium plants do not require an outside energy source to operate their cooling systems, which can be a vulnerability in the case of an emergency shut-down. This contributed to the 2011 disaster at the Fukushima Daiichi nuclear plant in Japan, when a tsunami shut down the diesel generators running its back-up cooling system, contributing to a meltdown and release of radioactive material.

Natrium plants can store also heat in tanks of molten salt, conserving the energy for later use like a battery and, enabling the plant to bump its capacity up from 345 to 500 megawatts for five hours.

The Kemmerer plant still faces a couple of hurdles, including federal permitting.

"There's a comprehensive licensing process overseen by the Nuclear Regulatory Commission, that, frankly, is expensive. There, there are many, many reviews," Levesque said.

Also, the fuel that the Natrium plant uses is called high-assay low-enriched uranium, or HALEU, which is not yet available at commercial scale.

The existing nuclear fleet in the United States runs uranium-235 fuel that is enriched up to 5%, the Department of Energy says, while HALEU isis enriched between 5% and 20%.

"Sadly, we don't have this enrichment capability in the U.S, today. And this is an area of great concern of the US government, and specifically the Department of Energy," Levesque said.

But it's coming, Levesque said. "I'm really certain that we're going to establish that capability" in another public-private partnership, similar to the way the Natrium power plant demonstration is being built.

Once built, the plant will be turned over to Rocky Mountain Power, a division of Berkshire Hathaway Energy's PacifiCorp, to operate.

There, it will become part ofRocky Mountain Power's decarbonization plan.

Coal-fired plants like the Naughton facility in Kemmerer "have benefited our customers for decades with very low cost power," Gary Hoogeveen, president and CEO of Rocky Mountain Power, said Tuesday. "And we appreciate that. But times are changing," Hoogeveen said.

"External requirements from the federal government, state governments, regulatory agencies are going to require that we change and we're going to need to decarbonize and as we go down that path, we see the Natrium project as being incredibly valuable to our customers."

But the nuclear power plant in Kemmerer will be a key bridge for the state, Hoogeveen said.

"It is a great spot for absorbing the intermittency of of the renewable resources and using the storage that's built in that is so incredibly valuable to us," he said.