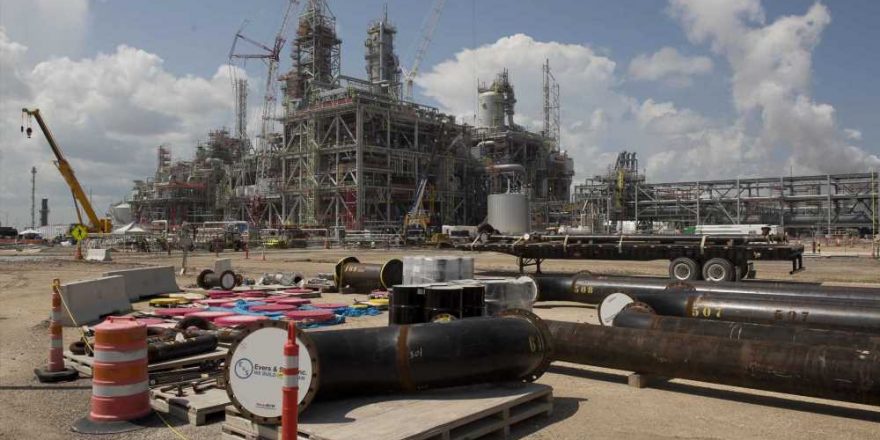 LONDON — The world's largest oil and gas majors are seeking to lure back investors by returning more cash to shareholders. Market participants, particularly those looking to the long term, remain highly skeptical.

It comes at a time when oil and gas companies are raking in their highest profits since the onset of the coronavirus pandemic amid a sustained period of stronger commodity prices.

A robust showing in the three months through June built on better-than-expected first-quarter earnings and lent further support to the industry's efforts to pay down debt and reward investors.

In the U.S., ExxonMobil said late last month that it would back shareholder returns through its dividend and Chevron announced it would resume share buybacks at an annual rate of between $2 billion to $3 billion.

In Europe, meanwhile, the U.K.'s BP, France's TotalEnergies, Norway's Equinor, Italy's Eni and Anglo-Dutch oil giant Royal Dutch Shell all announced share buyback programs or increased dividend payouts — or both. It reflects a broader industry trend of energy majors seeking to reassure investors that they have gained a more stable footing amid the ongoing Covid-19 crisis.

Share buybacks are designed to boost the firm's stock price, benefiting shareholders. Dividend payments, meanwhile, reflect a token reward to shareholders for their investment. Both are options available to a company seeking to reward investors.

Ahead of the second-quarter results, energy analysts had warned that Big Oil still faced a host of uncertainties and challenges. Some of these include the remarkable success of shareholder activism in recent months, a "tremendous degree" of ongoing investor skepticism and intensifying pressure to massively reduce fossil fuel use.

"Day traders may reap short-term profits, but serious long-term investors have concluded that the old energy of the past — oil and gas extraction, is just that — old, with a sell-by date that is moving closer by the day," Kathy Hipple, finance professor at Bard College in New York, told CNBC via email.

"Once institutional investors determine that demand has peaked — which likely has already happened — they will abandon the sector permanently," she added. "Many already have, based on the stock performance of the sector over the past several years."

The energy sector, alongside financials, is one of this year's top performers on the S&P 500, up almost 30% year-to-date. Yet, share prices of many oil majors continue to trail the earnings outlook considerably.

In the U.K., for instance, BP has seen its stock price climb nearly 20% so far this year, but the oil and gas giant recorded a collapse of more than 47% in 2020. BP has previously described 2020 as "a year like no other" due to the impact of the Covid-19 crisis on global energy.

Oil prices have since rebounded to near $70 a barrel and all three of the world's main forecasting agencies — OPEC, the IEA and the U.S. Energy Information Administration — expect a demand-led recovery to pick up speed through to 2022.

Hipple said that savvy long-term investors would shy away from oil and gas majors "unless and until" they fully acknowledge the climate crisis. "These investors understand that the oil majors are still investing tens of billions in unnecessary oil and gas infrastructure, ignoring the IEA findings that no additional infrastructure is possible to meet a 1.5 [degrees Celsius] scenario," Hipple said, referring to a critically important target of the Paris Agreement.

"These investments are likely to become stranded assets, and investors don't want to be left holding the bag."

Last week, the world's leading climate scientists delivered their starkest warning yet about the deepening climate emergency. The Intergovernmental Panel on Climate Change's landmark report warned a key temperature limit of 1.5 degrees Celsius could be broken in just over a decade in the absence of immediate, rapid and large-scale reductions in greenhouse gas emissions.

U.N. Secretary-General, António Guterres, described the report's findings as a "code red for humanity," and said it "must sound a death knell" for coal, oil and gas.

Energy majors are typically still overwhelmingly reliant on oil and gas revenues for their earnings — a concept that is irreconcilable to the demands of the climate emergency.

"With the oil companies, we still just don't think they represent good long-term businesses," Moss said. "They don't generate consistent returns on capital or cash flow, albeit at the moment they look to be in a pretty good place."

Not everyone is as downbeat on the outlook for the oil and gas industry, however.

"Right now, the energy sector is the best performing one within the S&P 500 and many European markets, and even though some of the big majors like BP and Shell have lagged the broader energy sector, we think right now that's just due to hesitancy around the delta [Covid] variant," Reddy told CNBC on Aug. 11.

"We think there is going to be a lot more investors starting to pile into to some of those big energy names."