The White House announced Monday that it plans to develop a federal rule that will require employers to keep workers safe from extreme heat, something workplace safety advocates have sought for years.

The rule will be crafted by the Labor Department’s Occupational Safety and Health Administration and will apply to both indoor and outdoor workplaces, the White House said. The administration did not release details on what requirements the rule will include, saying it will take the first steps in the rule-making process in October.

President Joe Biden issued a statement saying he was “mobilizing the administration to address extreme heat,” noting that heat waves brought record temperatures this summer to areas like the Pacific Northwest, where hundreds of people died.

“Rising temperatures pose an imminent threat to millions of American workers exposed to the elements, to kids in schools without air conditioning, to seniors in nursing homes without cooling resources, and particularly to disadvantaged communities,” the president said.

A federal heat standard set by OSHA would be significant for several reasons. It would lay out in clear detail what an employer’s obligations are in protecting workers from high heat and give the agency stronger ground from which to issue fines. It would also set minimum requirements in every state, most of which have no occupational rules when it comes to heat.

“Employers have a more clear understanding of what they need to do and what’s required of them,” he said of creating an OSHA rule. “But the fact that OSHA has said very clearly that they’re moving toward a heat standard also will have a significant impact. Employers realize when a standard is being planned and they start to respond even before the standard is issued.”

In addition to developing a rule, the White House also announced OSHA would begin a new heat enforcement program, carrying out more workplace inspections on days when the heat index exceeds 80 degrees. Such a program could result in fines if workers aren’t given adequate breaks, water or access to shade on especially hot days.

Without a specific heat rule in place yet, the agency will continue to rely on what’s known as the “general duty” clause, a catch-all requirement that says employers have a general responsibility to keep workers safe from harm. OSHA tends to wield that clause sparingly, however, since employers often successfully fight such citations. 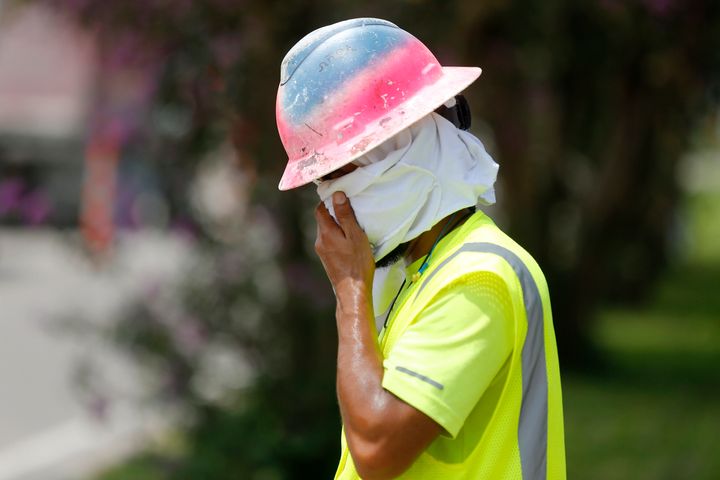 The new heat standard, once it’s issued, would give OSHA a much stronger tool to address heat hazards. The inclusion of indoor workplaces in the rule will also broaden its impact, affecting not just workers on farms and construction sites but inside warehouses, restaurants and anywhere else heat is a problem.

OSHA said 43 workers died of heat exposure in 2019, and 2,410 others suffered heat-related injuries and illnesses, but acknowledged those numbers are likely a significant undercount. Labor Secretary Marty Walsh said in a statement that high heat threatens millions of workers “both outdoors and indoors.”

“Amid changing climate, the growing frequency and intensity of extreme heat events is increasing the dangers workers face, especially for workers of color who disproportionately work in essential jobs in tough conditions,” Walsh said.

There is already precedent for heat standards on the state level. California put a series of requirements in place for outdoor workers starting in 2006, after several farmworkers died on the job. Oregon issued a temporary emergency standard earlier this summer following a historic heat wave, with plans to make such a standard permanent. In both California and Oregon, those standards are enforced by the state rather than the federal government.

Michaels said the decision to develop a federal OSHA standard is another indication the administration was serious about addressing climate.

“This is clearly part of an all-government approach to attempting to limit the impact of climate change, while also reducing use of fossil fuels and accumulation of greenhouse gases,” he said.