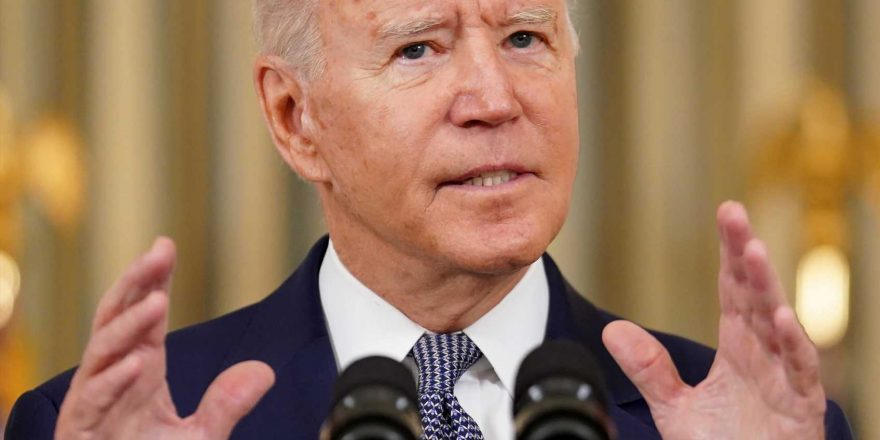 The Biden administration laid out Friday a $65 billion plan U.S. officials say will help the nation combat the next biological threats after the Covid-19 pandemic subsides.

The next pandemic will likely be "substantially different" than Covid, and so the U.S. government must prepare now to deal with any future viral threat, Eric Lander, President Joe Biden's science advisor and director of the Office of Science and Technology, said on a background call with reporters Friday.

The plan – released in a 27-page document titled "American Pandemic Preparedness: Transforming Our Capabilities" – calls for investing billions of dollars over the next decade to improve vaccines and therapeutics as well public health infrastructure, enhance the nation's real-time monitoring capabilities and make upgrades to personal protective equipment that could be used against a wide range of pathogens.

The Biden administration's plan has been organized into five "pillars," officials said, each addressing different parts of the public health system. It proposes $15 billion to $20 billion to jump-start the administration's efforts. The funds would be go to a new "mission control" office at the Department of Health and Human Services that's closely overseen by Congress, officials said.

U.S. heads into Labor Day with Covid vaccines, but a substantially worse outbreak than last year

Singapore to roll out Covid vaccine booster shots to some groups, including seniors

Fauci says he wouldn't be surprised if Covid vaccines require three shots for full regimen, instead of two

The nation is still grappling with the worst Covid outbreak in the world, with more than 39 million cases and at least 643,776 deaths as of Friday, according to data compiled by Johns Hopkins University. Many recovered patients are still living with the long-term effects of the disease, he said.

"We need better capabilities … because there's a reasonable likelihood that another serious pandemic, that could be worse than Covid-19, will occur soon, possibly even within the next decade," he told reporters on the call.

Officials said the administration's call to invest $65 billion is "modest" when taking into account that the current pandemic has cost the U.S. an estimated $16 trillion in lost economic output.

It's also smaller than what the nation spends on other programs, such as missile defense and anti-terrorism, which cost U.S. taxpayers $20 billion and $170 billion a year, respectively, they said.

"If major pandemics similar to COVID-19, costing the U.S. roughly $16 trillion, occur at a frequency of every 20 years, the annualized economic impact on the U.S. would be $800 billion per year. Even for somewhat milder pandemics, the annualized cost would likely exceed $500 billion," officials wrote in the document.

According to the document, the Biden administration's largest proposed investment is in the development of vaccines, which have helped the nation fight off severe disease, hospitalizations and deaths.

The U.S. would spend a total of $24.2 billion to develop and test new vaccines for a range of viruses and make improvements to vaccine distribution and manufacturing.

The plan also calls for spending $11.8 billion on therapeutics, which would allow U.S. scientists and drugmakers develop new antivirals and other drugs and ensure large-scale manufacturing capacity for monoclonal antibody treatments.

About $3.1 billion has been allocated to promoting the development of next-generation PPE. At the height of the pandemic last year, health-care workers on the front lines struggled as they encountered shortages of masks, gowns, face shields and gloves.

The plan comes as the U.S heads into Labor Day weekend with just over four times as many Covid-19 cases and more than twice as many hospitalizations as last year.

The Biden administration said it is preparing to begin widely distributing Covid booster shots the week of Sept. 20, pending authorization from the Food and Drug Administration, after data showed vaccine protection against Covid infection is waning.

The plan, outlined by senior health officials last month, calls for a third dose eight months after people get their second shot of either the Pfizer or Moderna vaccines.

Earlier Friday, Biden said next week he would discuss "next steps" to combat the delta variant.