Home » Business » ‘BharatPe board is charting out path for listing’ 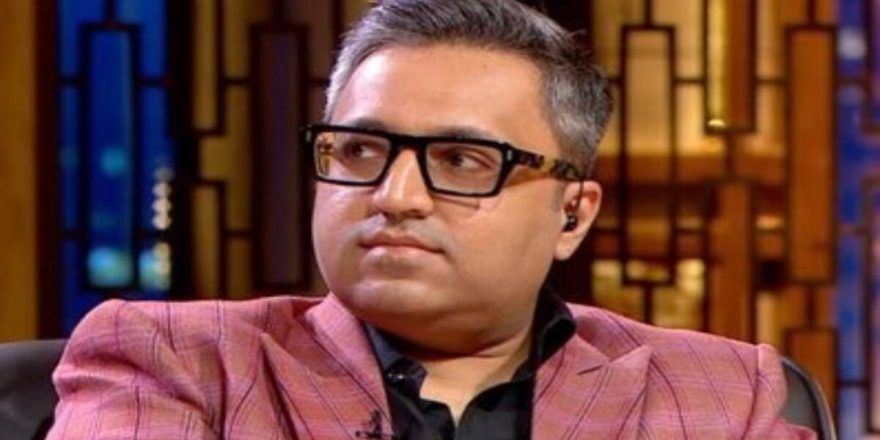 ‘BharatPe board is charting out path for listing’

‘The company’s transition from an individuals-driven private firm to a board-driven listed public one will be carried out in a well-thought-through and well-executed manner.’

Ashneer Grover, co-founder and managing director of BharatPe, resigned on February 28 after he went on ‘voluntary leave’ in January until end-March.

The alleged phone conversation, which happened in October, was with a private bank employee, regarding funding for buying shares of Nykaa during the beauty retailer’s initial public offering.

He resigned after BharatPe sacked his wife Madhuri Jain Grover, head of controls at the company, over allegations of misappropriation of funds, and Singapore International Arbitration Centre rejecting Ashneer’s petition against the company for initiating an investigation against him.

In his first no-holds-barred media interview, Rajnish Kumar, chairman of BharatPe and former State Bank of India chairman, tells Tamal Bandyopadhyay about what went wrong with the company and the road ahead.

The first of a two-part interview:

It seems that the ministry of corporate affairs is looking into the conduct of BharatPe board — how it handled the Ashneer issue. What’s wrong with the board?

You are questioning me after reading a media report.

But the company has not received any communication from MCA so far. It’s a private limited company.

The board consisted of shareholders or their nominees like Ashneer (he has resigned), Shashvat Nakrani, Harshjit Sethi of Sequoia Capital.

There was only one professional non-executive director Kewal Handa before I joined the board as non-executive chairman in October 2021.

The proceedings of the board and the decisions taken by it have been recorded and any agency is welcome to see them. There’s nothing to hide.

Why did you join BharatPe when so many companies were wooing you to be on their boards?

It’s true many companies have approached me to join their boards.

I have been very selective about accepting board directorship and have accepted board positions from highly reputed companies like HSBC Asia Pacific, Larsen & Toubro Infotech, and Hero MotoCorp, apart from BharatPe.

I have always been an admirer of start-ups and fintechs because of innovation and the positive contribution these companies are making towards making India a new-age economy.

BharatPe is one of the most successful fintech companies.

It is very innovative, with marquee investors backing it.

My desire to be part of the emerging ecosystem had led me to accept the board position at BharatPe. In view of the recent controversies, you must be regretting joining its board.

Whatever has happened is unfortunate and an aberration.

The media glare on the company has also come as a surprise to me.

I am not new to handling difficult situations.

There is no question of any regret because I joined the company with a certain purpose and will make every effort to ensure it becomes a role model for start-ups.

Now both Ashneer and his wife Madhuri are no longer with the company. But she has alleged conspiracy and accused the board of male chauvinism and a biased attitude.

I would not like to respond to any individual.

I can only say that the corporate governance review is being carried out by reputed firms like Shardul Amarchand Mangaldas & Co, assisted by Alvarez and Marsal and PricewaterhouseCoopers.

Do you want to say that these firms will join in any conspiracy, putting their independence and reputation at stake?

What is the future of BharatPe after Ashneer’s exit? He was the man behind everything the company was doing — in terms of products and processes.

Haven’t I already answered this? There is no denying the role of a leader in building an organisation.

But it’s always teamwork that makes the organisation successful.

We cannot belittle the contribution of other team members.

BharatPe is a technology company. What about the contribution of the information tech team and its leader? This is just one example.

As far as the future of the company is concerned, the board and the management are aligned to the glide path for listing the company in the next 18-24 months.

The company’s transition from an individuals-driven private form to a board-driven listed public one will be carried out in a well-thought-through and well-executed manner.

What’s going to happen to Ashneer’s 9 per cent (or, is it 8.5 per cent) stake? He claims to be the single-largest shareholder in the company. Will existing investors buy him out? If yes, at what price? His resignation letter claims the company’s value is $6 billion. If not, is he free to sell it to whosoever he wants?

This is a matter to be dealt with under the shareholders agreement.

The secondary sale of shares is allowed with the consent of existing investors whenever a fresh round of funding happens.

I am not aware of any plan of existing shareholders to buy out shares from Ashneer.

Is the board united in its agenda? How about investors? I believe they are a divided lot…

Let me repeat, the company is on a growth path with a time frame in mind to get it listed.

The board is completely aligned and committed to ensure a robust governance infrastructure, meeting the desired standards of listed companies well in advance, even if it’s a private limited company and no public money is involved.

The consultants are giving finishing touches to the governance review report after identifying the gaps that existed.

It’s a comprehensive exercise and a blueprint will be ready in about a week.

I don’t know where you have received information about investors being divided. All decisions are taken unanimously by investors and the board.