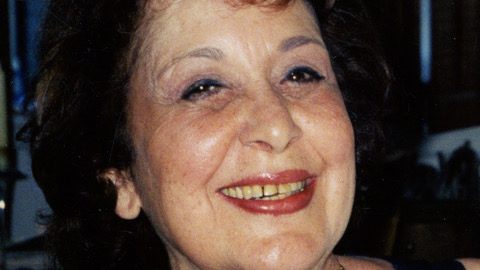 Beverly Noga, a longtime music publicist known for work with high-profile acts including Sonny &amp; Cher and The Bee Gees, died from cancer on October 8, a family spokesperson confirmed to Deadline. She was 87.

Noga is said to be the first woman ever to own her own PR agency, founding Contemporary Public Relations with business partner Bobbi Cowan (niece of famed publicist Warren Cowan) in 1964. This was the company through which she repped legendary pop duo Sonny & Cher, along with Grammy-winning disco trio The Bee Gees. Additional clients included Cream, The Turtles, Three Dog Night, Paul Revere and the Raiders, Eric Burden and the Animals, Joe Cocker, Blind Faith, and the Chambers Brothers.

Noga continued to rep the Chambers Brothers after shutting down Contemporary PR, founding and running her own companies (Hebewillen Enterprises and Hebewillen Publishing) with Willie Chambers up until her death.

Noga came from a musical family. Her parents, John and Helen Noga, owned San Francisco nightclubs including Blackhawk and Downbeat, which were once home to artists including Dave Brubeck, Louie Armstrong, Duke Ellington, Count Basie, Billie Holiday, and Dinah Washington. She learned about the business of artist representation from her mother, who at one time managed the career of pop and jazz crooner Johnny Mathis, working at her offices early on in both California and New York City.

Services will be held privately, with plans for a memorial service to be announced at a later date. In lieu of flowers, the family asks that donations be made to the American Cancer Society and The Juvenile Diabetes Research Foundation.