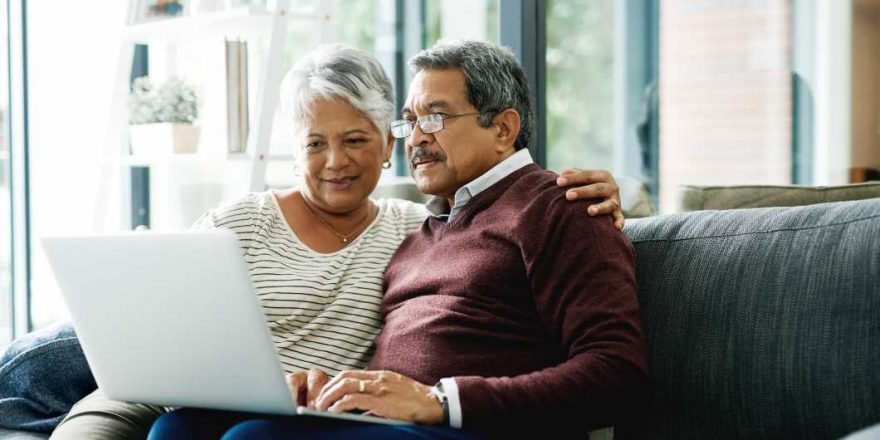 More employees will have access to retirement savings through Betterment's 401(k) plans, thanks to rapid growth the online wealth advisor has seen in that part of its business.

In 10 of the states that are working on auto enrollment for individual retirement accounts, Betterment has seen 88% year-over-year growth in plan adoption.

Those states are in the process of establishing programs that would require more employers, specifically small to midsize businesses, to offer retirement plans to their workers.

More from Personal Finance:
Ohio just became the largest state to require personal finance education
Democrats put 401(k) and IRA restrictions back into Build Back Better plan
Workers to find out how much guaranteed income their 401(k) can deliver

Companies like Betterment that offer private plans say they see an opportunity to provide more choice compared to the state run auto-IRA programs.

Based on the growth Betterment is reporting, that bet is paying off.

The opportunity for Betterment's 401(k) business is something Betterment CEO Sarah Kirshbaum Levy, a former Viacom Media Networks executive, said she spotted when she took the helm of the company in December 2020.

Betterment had already built a track record as record keeper and entered the 401(k) space. Workers today face increased responsibility for their retirement funding, and employers are seeking to sweeten the benefits they offer amid a competitive job market.

"What I deduced in the last year was that this opportunity was really ripe to explode," Levy said.

Employees who have a Betterment 401(k) account can add additional retirement savings through IRAs or emergency savings, as well as access advice through the platform.

Betterment for Business says it is targeting small- to medium-sized businesses with anywhere from two to 500 employees, though it can also serve bigger companies. About three-quarters of the companies on the platform have fewer than 50 employees. Businesses pay an annual fee based on their size, plus $4 per participant per month. Employees, meanwhile, typically pay 25 basis points on their assets under management.

At the end of last year, Betterment started to market the 401(k) business to employers and employees in the states that have adopted auto-IRAs to help them understand how their private plan could compare to the publicly available options.

Betterment has been able to differentiate itself because it is low-cost and easy to use, with an expansive set of investment selections, Levy said.

"A lot of employers want a little more freedom of choice as it relates to investment selection, and many of the state plans are pretty rigid in terms of that," Levy said.

Three of the 10 states have launched their programs to date, though that number is expected to go up by next year.

Betterment is seeing rapid adoption in California and Oregon, which have already launched their state programs. The company's retirement plan business is up 76% and 1,000% in those states, respectively, so far this year compared to all of last year.

Illinois, the other state that has made its program live, has not seen the same uptick, which the company attributes to the fact that businesses in that state have not been looking for other options.

Meanwhile, Betterment is seeing strong growth in Virginia, which is up 1,100%, and Maryland, with 700% growth.

"It is a tremendous growth opportunity for the private sector," said Angela Antonelli, research professor and executive director of the Center for Retirement Initiatives at Georgetown University's McCourt School of Public Policy, of the state retirement savings programs.

"They are being incredibly innovative and developing products that are simple, low-cost and can be attractive to employers," she said.

Moreover, states do not mind if employers choose private over state plans, because it's the access and coverage for workers that matters.

"If the private sector is able to contribute to closing the gap, they welcome it," Antonelli said.

Betterment has used the automated advice it provides to set itself apart from state plans and other competitors, according to Levy.

That feature helps answer the question a new Betterment 401(k) account owner may ask, which is "Now what do I do?" Levy said.

"The next thing we would do as a fiduciary is we would say, 'Put aside emergency savings funds,'" Levy said. From there, Betterment can help investors identify the best way to diversify their investments based on their time horizons.

Betterment is expecting its retirement plan business to grow even more as more employers look to financial health and wellness as a way to compete for talent, Levy said.

The overall growth in states is good news for workers who lack access to retirement savings plans at work, and who can always opt out if they want to, Antonelli said.

Between California, Illinois and Oregon, there's more than $330 million in assets now being administered.

"Hundreds of thousands of workers are now saving for retirement who were not saving before," Antonelli said.