Home » Business » Awkwafina opens up about loss: ‘The Farewell’ is ‘a very personal story for me’

Awkwafina opens up about loss: ‘The Farewell’ is ‘a very personal story for me’

LOS ANGELES – Awkwafina is getting serious.

A summer after she stole scenes in “Crazy Rich Asians” playing the gut-busting, obscenely wealthy best friend Peik Lin, the actress/rapper pulls a 360-degree turn in “The Farewell” (in theaters Friday  in New York and Los Angeles; adds cities through Aug. 2).

In the quiet family dramedy, Awkwafina (born Nora Lum) plays Billi, a Chinese-American woman facing the impending death of her treasured grandmother, who lives across the globe. Billi flies from New York to China, where her family has hastily thrown together a cousin’s wedding as an excuse to get together one last time. Controversially – at least for Billi – her relatives have made the decision not to tell their matriarch she has terminal cancer, in accordance with Chinese tradition.

“I was really insecure at first about carrying a movie and dramatic acting and also (speaking) Chinese,” says Awkwafina, 31, who learned Mandarin for the film, which is based on director Lulu Wang’s own experience with her ailing grandmother. “But at the end of the day, the thing I was scared about the most was being vulnerable. This is a very personal story for me.” 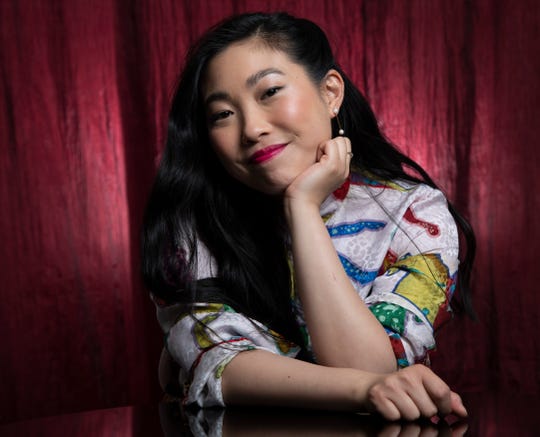 In "The Farewell," Awkafina plays a Chinese-American woman facing the impending death of her beloved grandmother. It's a "personal" story, she says. (Photo: ROBERT HANASHIRO/USA TODAY)

How did Awkwafina get here? Inside her rise

Awkwafina, who is Korean and Chinese, has suffered her own losses. Her mother died when she was just 4, and she was subsequently raised by her father and grandmother in Queens.

Today, she and her grandmother are still close. “She tells me that ‘My Vag’ was the best video I’ll ever make,” she grins, referencing the viral 2012 YouTube rap video that launched her career. “She saw ‘The Farewell’ and said my Chinese wasn’t bad, so that was the best.”

The first trailer for "The Farewell" shows a side of Awkwafina you've never seen before.
A24

Wang says she knew from Awkwafina’s audition tape that she could deliver a natural performance as Billi. “We all know her as the girl from Queens who makes everyone laugh. And oftentimes the person who is making everyone laugh – when they get quiet, when they break down, it’s that much more poignant because of the contrast.”

Growing up, Awkwafina easily found friends in New York’s melting pot, but “as an Asian-American kid, I know what it’s like to be told your whole life to go back to China. And then you go back to China and you still don’t feel like you belong there,” says the star, who studied in Beijing during college. 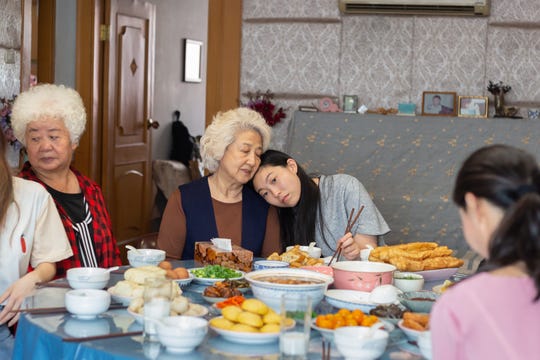 In "The Farewell," Chinese-American Billi (Awkwafina) reluctantly returns to China to find that, although the whole family knows their beloved matriarch, Nai Nai (Zhao Shuzhen), has been given mere weeks to live, they've decided not to tell Nai Nai herself. (Photo: CASI MOSS/A24)

In Hollywood, she’s marveling at the place she’s made for herself. This month Awkwafina wrapped shooting her next film, “Breaking News in Yuba County,” opposite Mila Kunis, before beginning production on her upcoming Comedy Central show, which is “going to be loosely based on my life if Awkwafina never happened,” she says. She’ll also play Scuttle in the live-action adaptation of Disney’s “The Little Mermaid.”

“I came into Hollywood at a time where things were changing,” says the actress, noting that when she’s reading scripts, “less and less am I seeing roles that are offensive or written for Asian people but not by Asian people.”

“The Farewell” attempts to bridge a cultural divide, showcasing an empathetic lie – withholding a devastating diagnosis – that is meant to bring peace to loved ones about to lose their lives. Wang notes the film “is not about making a judgment about what’s right or wrong. It was really just an exploration of all of the different sides and all of the in-betweens.” 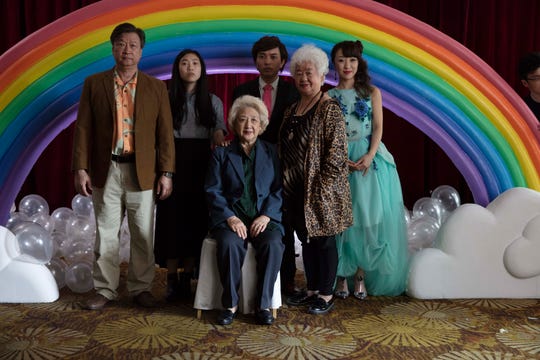 Instead of telling their grandmother she is dying, Billi's (Awkwafina) family throws an impromptu wedding in China so they can get together in "The Farewell." From left: Tzi Ma, Awkwafina, Zhao Shuzhen, Chan Han, Lu Hong and Aoi Mizuhara. (Photo: NICK WEST/A24)

Wang’s 86-year-old grandmother, who the story is based on, is living with cancer, and still does not know her condition. That’s why she hasn’t seen the movie, and knows only certain details. “She knows that I’ve made this movie and that it’s based on our family … and it’s about our family coming back to China for a wedding,” says Wang.

Awkwafina says representation is important in films both big and small. “There’s ‘Crazy Rich Asians,’ which is this big, joyful comedy and then there’s the representation of, like, a literal story that happened to you,” she says.

So will she ever leave Awkwafina by the wayside and take the stage as Nora Lum?

“The thought’s definitely crossed my mind,” she says. “I want to go by Awkwafina because of what that name means to me. I didn’t invent Nora Lum, that was given to me, right? And Awkwafina went from a figment of my imagination sitting in my bedroom in high school to being on a chair back (on a set). That transition is crazy.”

And she wonders: Would the public would even recognize Awkwafina with her birth name? “Like, Nora maybe is just for myself, I don’t know.”