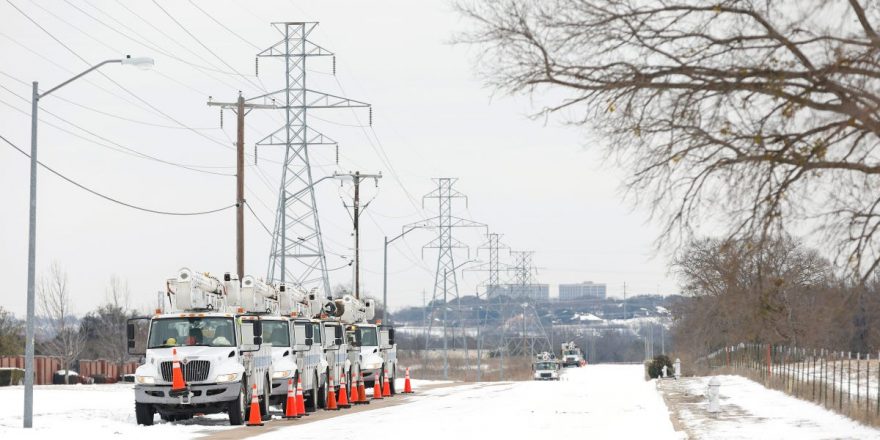 At least two lawsuits have been filed alleging that Texas energy committee at the center of its ongoing power crisis knew of the state grid’s shortcomings from past winter outages.

A lawsuit filed in Harris County, which includes Houston, on Thursday is seeking up to $10 million in damages from the Electric Reliability Council of Texas, or ERCOT, for its lack of preparedness leading up to Winter Storm Uri that hit much of the southern US on February 14.

It was filed by Fort Bend County residents Mauricio and Daysi Marin. Mauricio Marin still relies on oxygen after recovering from COVID-19, the disease caused by the novel coronavirus, and alleges the utility provider did not adequately prepare him for an extended outage, according to a report from Law360.

“ERCOT’s forecast for the maximum electricity that would be consumed far under-estimated the reality,” the lawsuit said. “As a result, millions were plunged into darkness and cold as a result of a loss of electricity.”

Another lawsuit filed in Nueces County on Friday goes a step further, alleging ERCOT was aware of its energy supply’s weaknesses following similar winter outages in 1989 and 2011 and could have done more to winterize its system prior to the February 14 storm that left roughly 4 million Texans without electricity and heat at its peak. Millions of residents are still without water.

“This cold weather event and its effects on the Texas energy grid were neither unprecedented, nor unexpected, nor unforeseen,” the Nueces County suit alleges.

A spokeswoman for ERCOT said the committee hadn’t yet reviewed the lawsuits, but will respond accordingly once they do.

“Our thoughts are with all Texans who have and are suffering due to this past week,” the spokeswoman told Insider. “However, because approximately 46% of privately-owned generation tripped offline this past Monday morning, we are confident that our grid operators made the right choice to avoid a statewide blackout.”

ERCOT investigated past outages and recommended winterizing at-risk generators and production plants, the Nueces County suit says. In the winter of 2011, however, generators that failed in 1989 failed again, indicating that ERCOT’s previous mitigation efforts “were not adequate, or were not maintained,” according to an investigation by the Federal Energy Regulatory Committee report in 2011 that is cited in the lawsuit.

“The massive amount of generator failures that were experienced raises the question whether it would have been helpful to increase reserve levels going into the event,” the 2011 FERC report said.

The suit alleges many of the same generators, transmitters, and distributors failed again starting February 14 in what could have been an avoidable catastrophe. The suit does not indicate the amount it is seeking from ERCOT and other energy providers.

Roughly 81,000 customers are still experiencing outages as of Saturday morning, according to a company that tracks outages across the state. Temperatures were forecast to rise on Saturday as well, providing some relief to Texans who had gone days without heat in freezing temperatures.

When the unusual winter storm struck the state power plants malfunctioned right when demand for electricity shot up as people tried to stay warm. As a result, ERCOT was forced to cut power to millions of households because there wasn’t enough energy to go around.

As of Saturday, at least 37 people had died as a result of the storm and the resulting outages, according to a NBC report Friday. Many died from carbon monoxide poisoning from household generators or in their cars while trying to stay warm, while others died from hypothermia and exposure to brutally cold temperatures. Many areas are still under a boil water notice, meaning drinking water could be contaminated, as much of the state’s grid comes back online.