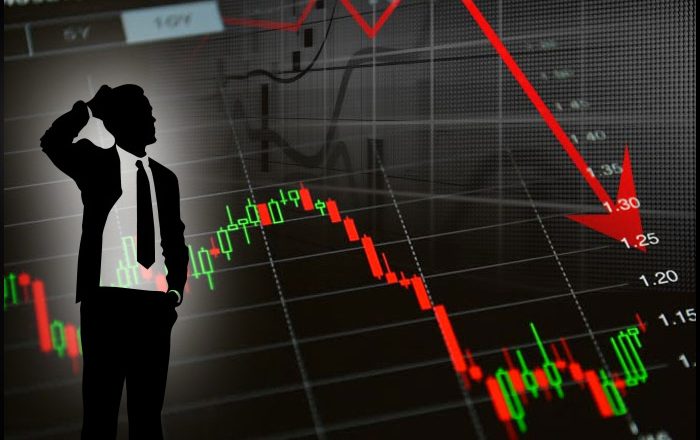 Asian stock markets are trading mostly lower on Monday, despite the broadly positive cues from the Wall Street on Friday, as traders remain concerned about a global recession as major central banks signaled their intent to move ahead with aggressive rate hikes to tame surging inflation. Asian markets closed mostly lower on Friday.

The Australian stock market is sharply higher on Monday, recouping some of the losses in the previous three sessions, with the benchmark S&P/ASX 200 moving above the 6,600 level, following the broadly positive cues from Wall Street on Friday, with strength across most sectors, particularly financials, technology, materials and energy stocks.

Traders also brace for the Reserve Bank of Australia’s policy on Tuesday, where the RBA is again expected to deliver another half-point rate increase.

Among the major miners, Rio Tinto is adding 1.5 percent and OZ Minerals is advancing more than 3 percent, while Fortescue Metals and Mineral Resources are gaining almost 2 percent each. BHP Group is edging down 0.4 percent.

Gold miners are strong, Gold Road Resources and Newcrest Mining are adding more than 3 percent each, while Resolute Mining is advancing 4.5 percent, Northern Star Resources is up almost 4 percent and . Evolution Mining is gaining more than 5 percent.

Among the big four banks, Commonwealth Bank, ANZ Banking and Westpac are gaining almost 2 percent each, while National Australia Bank is adding more than 2 percent.

In economic news, the value of owner-occupied home loans issued in Australia was up a seasonally adjusted 2.1 percent on month in May, the Australian Bureau of Statistics or ABS said on Monday, coming in at A$21.18 billion. That beat expectations for a decline of 2.0 percent on month following the 7.3 percent contraction in April.

The ABS also said Monday that the total number of building permits issued in Australia was up a seasonally adjusted 9.9 percent in May, coming in at 16,390. That beat forecasts for a decline of 1.8 percent following the 2.4 percent contraction in April. On a yearly basis, permits for private sector houses tumbled 29.5 percent, permits for private sector buildings excluding houses shed 5.4 percent and overall permits dropped 20.9 percent.

In the currency market, the Aussie dollar is trading at $0.681 on Monday.

The Japanese stock market is modestly higher on Monday, recouping some of the losses in the previous three sessions, with the Nikkei 225 breaking above the 26,00 mark, following the broadly positive cues from Wall Street on Friday, boosted by exporters and financial stocks. Traders also continue to pick up stocks at a bargain after the recent sell-off.

In the tech space, Advantest is losing almost 1 percent, Tokyo Electron is down 1.5 percent and Screen Holdings is declining almost 2 percent. In the banking sector, Sumitomo Mitsui Financial and Mizuho Financial are edging up 0.5 percent each, while Mitsubishi UFJ Financial is edging up 0.2 percent.

In the currency market, the U.S. dollar is trading in the 135 yen-range on Monday.

Elsewhere in Asia, Indonesia is down 2.7 percent, while China, Hong Kong, South Korea, Malaysia and Taiwan are lower by between 0.2 and 0.9 percent each. New Zealand and Singapore are up 0.7 percent each.

On Wall Street, stocks showed wild swings over the course of the trading session on Friday before ending the day sharply higher. With the strong upward move, the major averages regained some ground after moving notably lower over the past few sessions.

Meanwhile, the major European markets turned in a lackluster performance on the day. While the U.K.’s FTSE 100 Index closed just below the unchanged, the French CAC 40 Index inched up by 0.1 and the German DAX Index edged up by 0.2 percent.