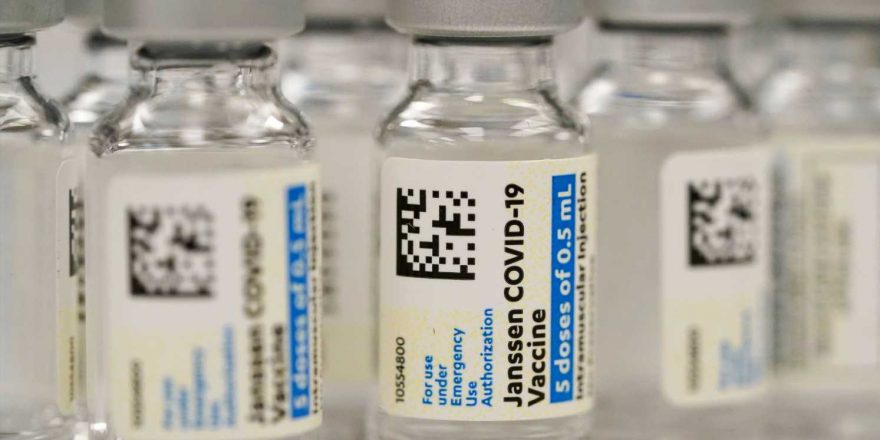 As a glimmer of hope emerges while the United States enters the summer with some of the lowest COVID case rates in months, the country could pass 600,000 deaths as early as this weekend.

The Centers for Disease Control and Prevention said last week that the case numbers and deaths have dropped to their lowest levels in almost a year. But experts are warning unvaccinated individuals and vaccinated alike not to let their guard down yet.

“The news about the delta variant is evidence of really why it’s so important for us to get vaccinated as soon as possible,” Dr. Vivek Murthy told CNN on Wednesday, adding that the variant, first discovered in India, is more transmissible and potentially more dangerous.

Top disease expert Dr. Anthony Fauci also warned of the alpha variant, first identified in the UK, and the delta variant are spreading rapidly through the country.

“We don’t want to let happen in the United States what is happening currently in the UK, where you have a troublesome variant essentially taking over as the dominant variant, which has made it a very difficult situation in the UK,” he told CNN.

The delta variant now accounts for about 6% of US infections, Fauci said. But data shows that the Pfizer vaccine is effective partially against the variant.

Meanwhile, President Joe Biden on Thursday outlined plans for the U.S. to help “supercharge the global fight against this pandemic.”

Central to that campaign is the U.S. commitment to purchase 500 million doses of the Pfizer COVID-19 vaccine and donate them to 92 low- and middle-income nations, which Biden confirmed at the G-7 summit in England. Of the vaccine total, 200 million doses will be distributed this year, and the rest in the first half of 2022, the president said.

“This is a monumental commitment by the American people,” Biden said, adding that the G-7 nations would announce their contribution to the global pandemic response Friday. “This is not the end of our efforts to fight COVID-19 and vaccinate the world.”

Also in the news:

►Two passengers who shared a room onboard Celebrity Cruises’ Celebrity Millennium ship, which was carrying only fully vaccinated passengers and crew, have tested positive for COVID-19.

►The Food and Drug Administration on Thursday extended the expiration date on hundreds of thousands of doses of Johnson & Johnson’s COVID-19 vaccine by six weeks, giving states with large unused allotments more time to administer them. The shelf life of the J&J vaccines was stretched from three months to four-and-a-half months after tests on their stability. Many doses would have reached their expiration date on June 24.

►Only seven African nations are expected to meet the World Health Organization’s goal to vaccinate 10 percent of its people by September, the organization said Thursday.

►Most hospitals in Washington, D.C., will require employees to receive the COVID-19 vaccination, joining a growing number of health care systems and other businesses nationwide in opting for the controversial mandate.

►The World Health Organization warned Thursday that though vaccination rates in Europe had come far from initial numbers, they’re still far from what’s needed to stop a resurgence.

►Moderna announced Thursday that it has requested an emergency use authorization from the Food and Drug Administration for its COVID-19 vaccine for kids ages 12-17.

📈 Today’s numbers: The U.S. has more than 33.4 million confirmed coronavirus cases and at least 598,700 deaths, according to Johns Hopkins University data. The global totals: Over 174.7 million cases and over 3.76 million deaths. More than 141.5 million Americans have been fully vaccinated – 42.6% of the population, according to the CDC.

📘 What we’re reading: President Joe Biden has set a new vaccine goal for America: 70% of adults receiving at least one COVID-19 shot by the Fourth of July. If shots continue at their current pace, the U.S. will fall short of that benchmark. Read the full story.

Keep refreshing this page for the latest updates. Want more? Sign up for our Coronavirus Watch newsletter for updates to your inbox and join our Facebook group.

Widespread vaccination protects the unvaccinated, according to new study

Mass vaccination can also lower the likelihood of transmission of coronavirus to the non-vaccinated, thus having the potential to curb the pandemic. That’s according to a new study from Israel published in Nature Medicine Thursday.

The researchers analyzed vaccination records and virus test results between December 6, 2020, and March 9, 2021, and found that vaccination rates were correlated with a decline in infections.

But masking and social distancing was still important, the study suggested, as “vaccination could, in principle, also increase transmission due to behavioral effects.”

Vaccines may be behind small increase in rates of heart inflammation

The rates of heart inflammation appear higher in young people who have been vaccinated against COVID-19 than in those who haven’t, though the side effect is extremely rare, the Centers for Disease Control and Prevention said Thursday.

In updated data, the CDC showed that teens and young adults who have received a second dose of the Moderna or Pfizer-BioNTech vaccines are at slightly higher risk than others in their age group for myocarditis, swelling of the heart muscle, or pericarditis, inflammation of the outer lining of the heart. The increased risk, which generally occurs within a week of the second shot, is so small that it’s not entirely clear whether the vaccine is causing it.

But the observed cases exceed the expected cases among people ages 16-24, Dr. Tom Shimabukuro, of the CDC’s vaccine task force, told a federal advisory committee Thursday. As with these conditions generally, males were more at risk than females. Of those whose status was known, the vast majority made a full recovery, Shimabukuro said, with more than 90% of those who had been hospitalized sent directly home after treatment rather than requiring rehabilitation.

Shimabukuro said he expects to provide more information on the possible connection at a CDC advisory committee meeting scheduled for June 18.