Home » Business » As France's presidential election nears, Macron's challengers are in the spotlight 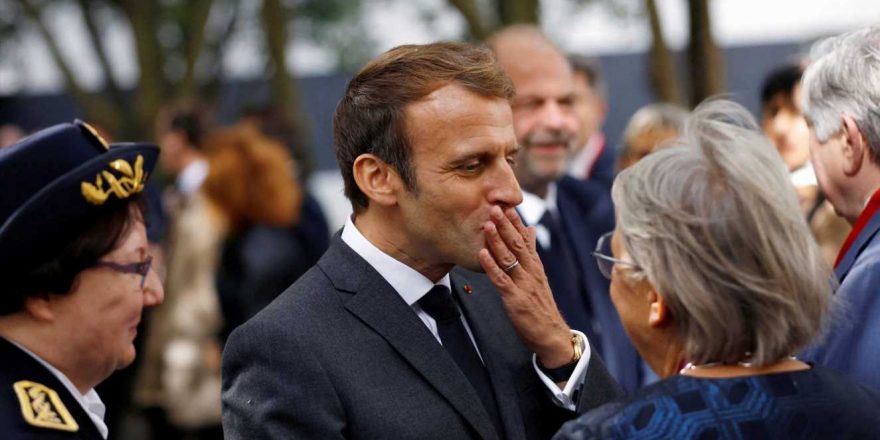 As France's presidential election nears, Macron's challengers are in the spotlight

As France gears up for a presidential election in just six months' time, there is one critical question: Who will be the main challenger to Emmanuel Macron?

The French president has managed to keep his popularity levels broadly stable over the past five years — and mostly at a higher level than previous leaders. But this doesn't mean that the upcoming vote will be a walk in the park.

"The competition for the second round has never been this uncertain," Jean Philippe Dubrulle from the French Institute of Public Opinion polling firm told CNBC's Charlotte Reed Monday.

The French presidential race is divided in two rounds. The second vote includes only the two candidates who got the most votes in the earlier round.

At the moment, polls project that Marine Le Pen, the candidate from the anti-immigration right-wing party Le Rassemblement National (formerly Front National), will join Macron in the second round.

But she is closely followed by Eric Zemmour, described as a Donald Trump-like TV pundit. He has not officially announced his candidacy, but has been organizing public events and is expected to declare that he is running shortly.

Zemmour — twice convicted in court for racial or religious provocation, according to the Financial Times — is considered even more right wing than Marine Le Pen. The latter has softened some of her party's rhetoric in an attempt to appeal to more center-right voters.

The center-right party, Les Republicans, has also yet to announce who it will be putting up to challenge Macron.

Anne Hidalgo, the mayor of Paris, is the candidate for the Socialist Party, but currently polling only about 5%.

Macron is polling around 24%, with Le Pen at 16% and Zemmour at 15%, according to Politico's Poll of Polls.

"[The] biggest risk for him is another Gilet Jaune," pollster Dubrulle said about Macron's potential reelection.

The "Gilet Jaunes" or "Yellow Vest" protests began in November 2018 over higher fuel taxes, which were subsequently scrapped, and became a broader demonstration against the French government.

Macron managed to ease tensions in the subsequent months, including by meeting the public face to face at various events in an effort to show that he was listening to their concerns.

But the ongoing energy crisis in Europe has resurfaced fears of further protests in France. To avoid a new backlash, Prime Minister Jean Castex announced last week a 100 euro ($116.54) payment to citizens earning less than 2,000 euros a month to help them with the higher energy costs.

However, issues such as health, security and immigration are also featuring heavily in the public debate as the election draws closer.

Fabrice le Sache, vice president at the MEDEF business group, told CNBC Monday that a key issue was also an apparent mismatch between what employers are looking for and the skills that workers have.

He added that, more broadly, the unemployment rate, public spending and wage pressures were all important themes in this election campaign.