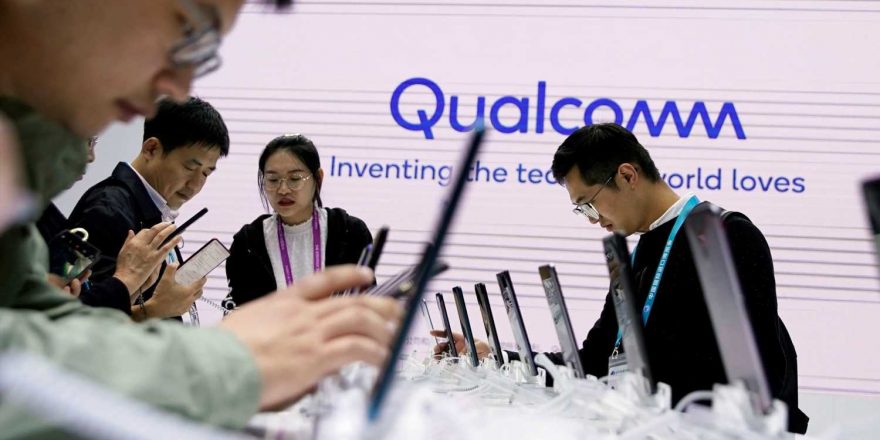 Apple alternatives: These two stocks could benefit from the mega cap’s halo effect

Apple is in the limelight Wednesday afternoon following its earnings announcement.

The iPhone maker reported a 54% increase in sales in its March-ended quarter and profit of $1.40 a share, well above the 99 cents consensus. The shares were up 2% in extended trading.

But, for an investor who wants to look beyond Apple, there are plenty of stocks that benefit from the mega-cap tech company's halo effect. CNBC's "Trading Nation" asked two traders for their top picks in Apple's ecosystem.

"I really think it's Qualcomm here," Matt Maley, chief market strategist at Miller Tabak, said on Wednesday. "People have been worried in the last few months. [Reports indicated] that Apple may be manufacturing its own chips, and of course Qualcomm is a huge supplier of chips to Apple for their iPhones. However, after the stock has come down a bit, about 30%, it's kind of worked that off, all that has been priced in."

After that pullback, the stock looks to be in an attractive technical position, Maley said.

"It's been bouncing along its 200-day moving average so that's held good support and that's actually formed a nice what you would call an ascending triangle pattern," he said. Positive earnings are "going to give it another leg higher, a renewed leg of upward movement that I think has been missing for most of this year so I think this one could be a big surprise to the upside."

Qualcomm after the bell reported a strong quarter with revenue 52% higher than a year ago. The chipmaker also forecast solid growth for handset shipments in 2021. The shares were up more than 5% in extended trading.

Delano Saporu, founder of New Street Advisors, is instead making a bet on podcast demand with Spotify.

"We saw Spotify dropped after reporting earnings, subscription growth wasn't as strong as expected. I think if it keeps dropping then there may be support around the $240 range. It's going to be a great opportunity for investors to get in," Saporu said Wednesday.

Spotify closed below $257 a share on Wednesday after falling 12% during the session. The company reported weaker-than-expected monthly active users for its March-ended quarter and also downgraded full-year expectations.

"Different companies are really vying for top content from top people and you saw what Spotify has done when they aggressively went after President Obama and Joe Rogan to get some of those deals. That's an area where, if they continue to do that and also emerging markets increase listenership and subscriptions that might be an opportunity for Spotify to go higher. I think it's going to be a continued battle but I'm definitely looking at Spotify closely," said Saporu.

The shares are down 18% this year and have tumbled 34% from a February peak.