Home » American tech knows it has a diversity problem while Europe lags behind. This is why – and what we have to do. 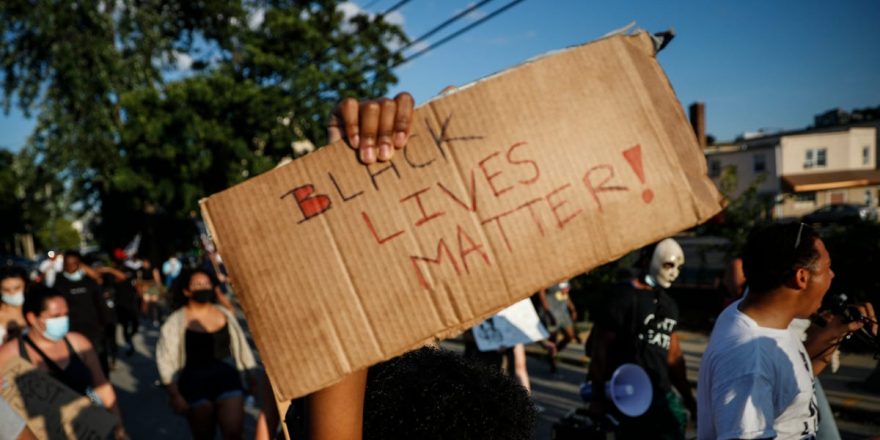 American tech knows it has a diversity problem while Europe lags behind. This is why – and what we have to do.

American tech knows it has a race problem.

Despite making up 13% of the US population, Black professionals represent just 5% of the tech workforce, 3% of tech execs, and 1% of tech founders, according to data from the Karpor Center.

The center noted Black representation in tech rose by just one percentage point between 2014 and 2020. At that rate, there won’t be fair representation until 2068.

The figures are bleak, but many US companies are at least collecting the data and starting to act meaningfully on it. Salesforce, for instance, spent $2.1 million in 2020 correcting the pay disparities between employees globally and made the data available to the public.

No large European tech firm that we’re aware of has done the same. Even the UK government-backed Tech Talent Charter reported that 55% of its own signatories did not share ethnicity-related diversity data for its 2020 report.

What we do know about ethnicity-related pay gaps is still troubling. According to UK government data from 2019, covering all industries, the pay gap between white people and people of color is 23.8% in London.

Frustrated with being among the few Black people in tech, we started Colorintech in 2016. We’re a non-profit that helps increase the number of people from ethnic minorities entering the UK and European tech workforce.

Our ambition is to make Europe the most inclusive tech hub in the world. Five years on, we have seen the landscape slowly shift around us — but progress remains glacial.

When we started this journey, we found there was no substantive action by any European tech companies on ethnicity. Before 2020, the majority of people didn’t even want to talk about race and ethnicity, and when that conversation was happening, it was usually because it had been ported over from the US.

The key pain point we faced was trying to make the business case for diversity without tangible data that we could share.

While firms like McKinsey articulated the business case for diversity using data as far back as 2015, we still can’t name five major European tech companies that declare their ethnicity data, even in the countries where they legally can.

In the UK, the lack of data still remains a major issue.

More than one in five organizations are still not using self-identification surveys to gather data on the diversity of their employees, and when companies do declare this information, they tend to lump together both their US and European statistics — painting a distorted picture.

While European tech firms and corporations may not be very open with sharing this data, the higher education sector is, which made it the natural starting point for Colorintech’s work.

The so-called “pipeline problem” — or the pipeline “excuse” depending on who you ask — is a common justification for the lack of diversity in VC portfolios, tech workforces and founders’ programmes.

It essentially posits that, because women, Black, and ethnic minority students are underrepresented in STEM subjects at school or university, the pool of potential graduates a tech firm can draw on is much smaller.

But, as we discovered, the available data from UK universities doesn’t support that argument: Black, entry-level engineers and computer scientists are graduating at rates of around 7% of all student entries, yet are only entering the tech industry at rates of 3%.

We conclude that graduates from marginalized backgrounds are having worse outcomes in terms of employment, and critically, it’s obvious that tech isn’t solving that problem.

Not only do we consider there to be widespread systemic bias at a senior level within the European tech industry — and a lack of accountability — there’s a large substantive issue around inclusion at the earliest stages of people’s careers.

That’s not to say there aren’t efforts being made at a grassroots level.

There are hundreds of organizations created with the express purpose of boosting diversity and inclusion in tech, albeit with many of them focused on gender. The larger issue is a vacuum of scale-ups and corporates doing their part.

Funding — and specifically the role of venture capital funds within the ecosystem — remains a critical sticking point.

In the UK, all-ethnic teams received just 1.7% of £58.53 billion VC investments made in the last decade across seed, early-stage and late-stage funding rounds.

As in so many areas of European tech, there is little data on the overall number of Black founders who do pitch for venture funding.

In the US, there are funds such as Andreessen Horowitz’ Cultural Leadership Fund focused on Black and other underrepresented groups.

Some of the few Black VCs out there have been able to raise their own funds. We’re just not seeing that in meaningful volumes across Europe.

Fundamentally, VC investors focus on seed, and Series A B C D and beyond. Currently, VCs are essentially ecosystem amplifiers and extractors. They take the good companies (who don’t hire diverse talent well) and turbocharge them.

However, in order to solve diversity and equity problems, funds have to start working with ecosystem builders earlier on.

A few have started to do this, but for every good example from Atomico or Microsoft’s venture arm M12, there are dozens which have done far less.

It’s true more is being done in the wake of the Black Lives Matter movement across the global tech ecosystem with organizations such as Google for Startups having announced a $2 million fund for Black-led startups, or TikTok building product plans for the Black community.

But root-and-branch change within European tech isn’t going to take place overnight and getting there will require leaders of European firms to start taking action now.

Having worked on this for the last five years, what we do know is Europe is far behind. Recognizing that there’s an issue is just the first step to tackling it.

Ashleigh Ainsley and Dion McKenzie are the co-founders of Colorintech