Home » A growing number of US states are giving newborns cash for college savings accounts. New research suggests it spurs parents to save more. 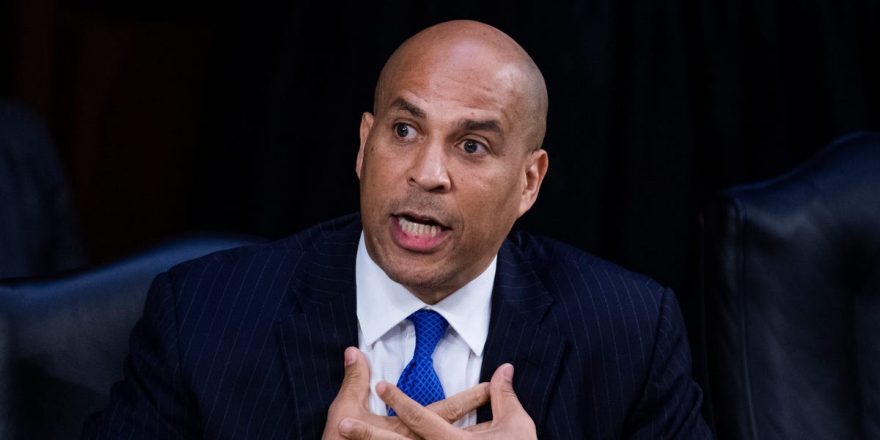 A growing number of US states are giving newborns cash for college savings accounts. New research suggests it spurs parents to save more.

Providing newborns with college savings accounts at birth has been an idea that has floated around lawmakers’ minds for years. Sen. Cory Booker of New Jersey, for example, campaigned on “baby bonds” when running for president, which would provide every child with a $1,000 savings account.

Some states are now beginning to follow suit. New research reveals those efforts could have an encouraging impact on children’s futures in the years ahead.

An Oklahoma research project, called SEED for Oklahoma Kids or SEED OK, launched 14 years ago by the Center for Social Development at Washington University in St. Louis to study whether creating a savings account for newborns would improve graduation rates and chances of going to college years later.

While the study is not completed, research published this month shows that the families given accounts were more college-focused and contributed more of their own money than those without accounts.

“Our findings demonstrate that CDAs (Child Development Accounts) create more positive outlooks and actions in the family, while also enabling families to grow assets for children’s higher education,” Michael Sherraden, the experiment’s principal investigator, told The New York Times on Tuesday, which reported on the research.

Here’s what states and lawmakers are doing to help further children’s educational successes:

In 2007, over 1,300 newborns across Oklahoma were randomly selected to participate in SEED OK, which automatically opens an Oklahoma 529 College Savings Plan account with a $1,000 initial deposit. Another 1,300 — the control group — were also randomly selected to participate, but weren’t given any money. By the end of 2019, those given accounts had an average of $3,243 saved, while only 4% of the control group ended up opening an account.

Also, parents of children with CDAs were over five times more likely to open their own accounts — the CDA in SEED OK prompted a 15-percentage-point increase in the number of accounts opened for the children by their parents.

Across accounts that held deposits from the program between 2008 and 2019, the average balance was $9,032, showing that funds deposited in the account at the child’s birth did not substitute parental savings, but instead, spurred more savings.

Oklahoma isn’t the only state to experiment with college savings accounts. In Maine, the private Harold Alfond Foundation started offering every newborn a $500 grant in 2009, and so far, 116,000 have received a total of $58 million, on top of additional family contributions of $114 million.

Nearly a decade later, in 2018, Pennsylvania adopted legislation to create accounts for every child born in the state with an initial deposit of $100, and this year, Illinois starting giving each newborn an account with $50.

California is also launching a program this year to give approximately 450,000 newborns college savings accounts.

Along with state legislatures, some Democrats on Capitol Hill want to create college savings accounts for every newborn in the country. In February, Booker reintroduced the American Opportunity Accounts Act, also known as “baby bonds,” which would create a savings account with $1,000 at birth, with additional deposits of up top $2,000 each year, depending on income.

“To truly ‘build back better’ our economy, we cannot ignore the extreme and persistent wealth inequality that deprives kids of economic opportunity right out of the gate,” Booker said in a statement. “We know this growing gap has been driven in part by federal policies and a federal tax code that subsidizes asset building for some Americans but fails to extend and expand that opportunity for all Americans. Baby Bonds will start to level the playing field.”

Conservative experts, though, have argued that baby bonds might disincentivize some people from saving their money. Rep. JP Freire, a Republican on the House Ways and Means Committee, criticized Booker’s plans in a February tweet, calling them “job killers.”

“The best path out of poverty is a job,” Freire said.

Rep. Ayanna Pressley joined Booker in pushing for baby bonds, and they wrote a letter to Biden in January urging him to adopt the measure.

“When it comes to racial justice, we cannot afford to wait,” Booker and Pressley wrote. “As we emerge from this dark period of our nation’s history, Baby Bonds is exactly the type of universal, race conscious program necessary to build our economy back better.”