Home » Business » A divided Congress lessens chances of more stimulus – but stocks will climb regardless of who eventually wins, Guggenheim's investment chief says

A divided Congress lessens chances of more stimulus – but stocks will climb regardless of who eventually wins, Guggenheim's investment chief says 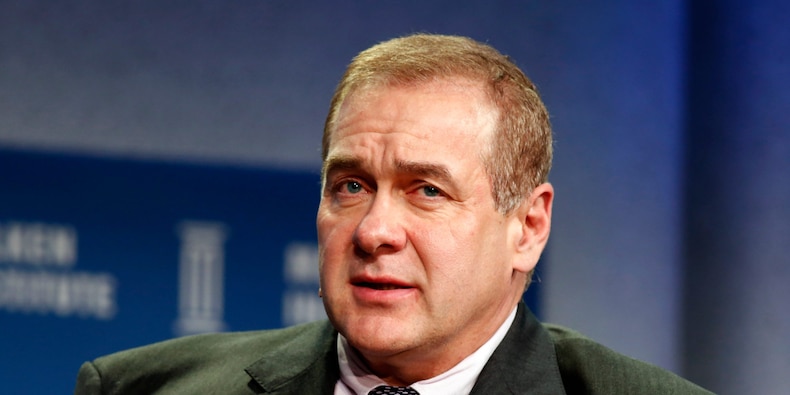 Guggenheim’s Scott Minerd says a divided Congress will lessen the chance of a fiscal stimulus bill getting passed, but it’s likely that stocks will climb regardless of which candidate wins the presidency.

In an early morning interview on Wednesday with CNBC, the global chief investment officer said that the market is no longer discounting the Democratic sweep it was once confident of. Now the hopes of a large fiscal stimulus are waning, he said.

“Once it was apparent that we are not going to get the blue wave, that we’re likely at a minimum to end up with a divided Congress, the likelihood of getting any stimulus done or anything else which was being discounted has declined dramatically,” said Minerd.

However, Minerd also said he’s positive about the long-term stock market regardless of who wins the presidency because investors still have cash they’re waiting to deploy.

Read more: Famed economist David Rosenberg told us 4 crucial trends won’t change no matter how the elections go. Here’s how to invest in them all.

“I’ve come to understand that given the liquidity that’s coming into the market, based upon the support of the bond market and other markets by the Federal Reserve, that all this liquidity has to go somewhere,” he said.

A contested election that may head to the Supreme court is still a possibility, but it shouldn’t faze long-term investors, Minerd added.

He said the key to analyzing the election is to ask yourself: are you an investor or a speculator?

“If you’re an investor,  you tend to look through this kind of noise and say, what will the world look like in three to six months?” said Minerd. “That’s why I would expect over the course of time to see stock prices higher, but in the near term obviously with a contested election -which I thought was highly likely anyway-there’s going to be turbulence and uncertainty.”