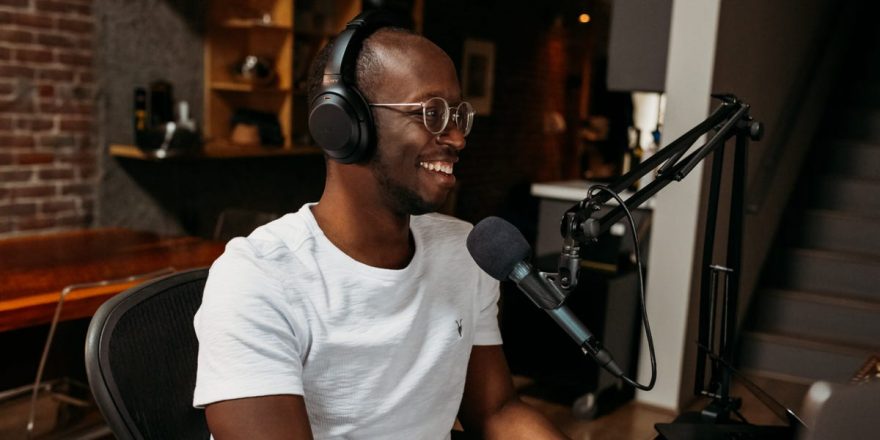 Courtland Allen had four startups fail before he created Indie Hackers, a community for independent developers. But this time was the jackpot: less than 8 months after the site went live in 2016, Allen received an email from Stripe CEO Patrick Collison with the subject line “Acquire Indie Hackers,” he told Insider.

Allen, a Y-Combinator alum, said his main piece of advice is to focus on projects that solve problems you know well and are excited to work on. Another token of wisdom that Allen, who loves to code, learned from his failed startups is that great coding isn’t all that a startup needs to be successful.

During his first four failures, Allen kept track of the mistakes he made along the way. And one of the biggies was spending too much time coding and neglecting other areas like sales and marketing. He used to roll his eyes when someone said the phrase, “Having an impact.”

“Yeah. I had a whole list,” Allen told Insider. “Here are all the ways I f—- up in the past. Don’t do these things. Like don’t repeat these mistakes.”

What he learned from failing upwards in Silicon Valley

Allen came from an entrepreneurial background. His mom owned a computer hardware business in the ’90s while his dad built furniture for celebrities, and it was expected that Allen and his brother would start businesses themselves.

So that’s what Allen did. As a junior at Massachusetts Institute of Technology (MIT), he launched a project called Fmail, which stood for Gmail for Facebook. It was a tool that let people check their Gmail in Facebook. He applied to the famous startup accelerator Y-Combinator (YC) and was rejected, which prompted him to move on to his next project.

After graduating in 2009 with a degree in computer science, he founded his second start-up called Syphir. The company sold advanced Gmail filters with features like delaying emails, reminding users about unread emails, and removing emails that had been sent to more than 10 people based on the user’s set preferences. But the company didn’t take off and he shuttered it.

Allen’s big breakthrough was in the fall of 2010 when he founded his third startup called Taskforce. It converted emails to tasks. With this company, he was accepted to YC in the winter of 2011 alongside 35 companies, and he received YC’s investment which injected much needed cash into the project.

“It was supposed to be like this viral thing that would take over the inbox and everybody would have it,” Allen said on the Acquired podcast, noting that at the end of the YC program the feature had a hundred thousand users. “But back in the day, that was nothing… a million dollars isn’t cool. A billion dollars is cool. That was kind of the mantra and no one cared that your app had a hundred thousand users.”

But he also made a fatal mistake during YC’s all-important demo day, where the founders pitch to VCs. He floundered, unable to answer some of the investor’s tough questions. He eventually abandoned Taskforce in 2012 to start Siasto, project management software that raised $750,000 from angel investors including YC, One Asia Investment Partners, and Start Fund, TechCrunch reported at the time.

But Siasto also struggled and Allen abandoned it in 2013 after losing interest.

After four failed companies, Allen was exhausted by the Silicon Valley founder lifestyle.

“I spent a few years going through Y Combinator in Silicon Valley and starting companies there and eventually I got kind of disillusioned with the whole process,” Allen said.

He began to think that maybe the Silicon Valley founder lifestyle of endlessly raising money and gunning to build a big company was “not the ideal path for me.”

This mindset led Allen to start Indie Hackers in 2016, a place for people who don’t have billion-dollar ambitions.

Allen started the project by tracking down people whose founding stories inspired him, finding them through Twitter and the Hacker News comment sections, so he could interview them and put their stories on the website. He ended up emailing a total of 140 people, and only 10 responded.

“So I launched the website with 10 interviews. Every one of them shared their revenue numbers. And I launched it on Hacker News,” Allen said. The link to his website was voted up to the top of Hacker News, ensuring it was seen by thousands. “A ton of people were inspired. A ton of people liked it. I got a thousand people on my mailing list in the very first day.”

Patrick Collison, cofounder of Stripe, is an avid user of Hacker News and he soon discovered Indie Hackers. After seeing the success of Allen’s website, Collison approached Allen via email asking to acquire Indie Hackers.

Allen was shocked and immediately forwarded the email to his family and friends. Indie Hackers, a company with the goal of staying away from Silicon Valley startup culture, had an offer to be acquired by one of the biggest unicorns in the game.

“There’s a lot of controversy over small tech startups getting acquired and then getting shut down by the acquirer,” Allen said. “Like, why do you want to buy this website? What is the point of buying this website? And when I talked to Patrick, we just went and got brunch and we just sorta grilled each other and felt each other out. And he was very obviously authentic.”

Stripe, which was valued at $9.7 billion in 2017, wasn’t interested in acquiring Indie Hackers just to shut it down. Collison told Allen that his goal was to just get more founders in the world, and Indie Hackers was a tool to do that.

After the brunch, Allen trusted Collision was coming from a good place that cared about the Indie Hackers community, which made it easier to say yes, he said.

Despite the foundation of Indie Hackers being “independent” and far away from funding rounds, Allen felt that selling to Stripe was the right choice for the company even if critics found it hypocritical. Indie Hackers had a solo founder with no employees and Stripe was offering him more resources to build his site.

“Stripe just wants there to be more people starting companies. The whole point of me doing these interviews is to inspire more people to start a company,” Allen said. “And so Stripe can basically fund it, de-risk it, prevent it from failing, prevent me from burning out, and just pour resources into it to make it bigger and better for everybody. Like, it’s just such a no-brainer.”

His advice to others and his goals for Indie Hackers

After all he went through, he says the best advice he can offer is the simplest: founders should stay focused, pick a project that they are passionate about but that they can see having an impact. One tip: look for a way to build a community around something that people will naturally gravitate towards.

As for his current position, he is employed at Stripe with the title “Indie Hacker” on a team of two. He now works alongside his brother running the website.

Allen said despite the acquisition, he’s 100% an Indie Hacker at heart.

“You know, even the way that I’ve structured my job at Stripe is basically such that like I’m running my own little company inside of Stripe,” Allen said.

His goals for the popular forum are straightforward:

“Ultimately we want to be the biggest community for founders online. In many respects, we already are,” Allen said. “I want them to have all the resources, stories, inspiration, and help that they can find on Indie Hackers.”