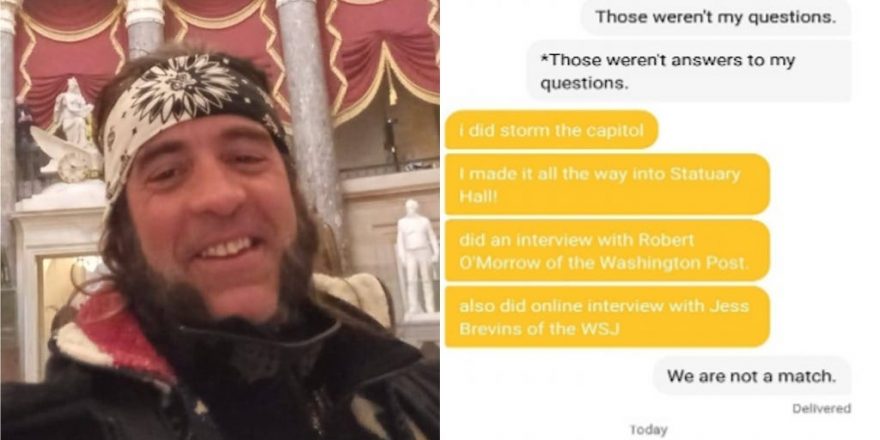 A New York man was arrested in connection with the Capitol insurrection after bragging on social media — and to a potential Bumble date — that he’d been a part of the mob that day.

Robert Chapman of Yonkers, New York, was charged with two counts of trespassing, and two counts of violent entry and disorderly conduct on Capitol Grounds, according to a federal affidavit.

The FBI first became aware of Chapman on January 13, after a Bumble user tipped it off with a screenshot of an exchange she had with him in which he identified himself as having been a part of the riot.

In it, he says, “I did storm the Capitol” and “I made it all the way to Statuary Hall,” a room used by Congress to host dignitaries.

Chapman went on to say that he’d spoken with reporters at both The Washington Post and The Wall Street Journal: 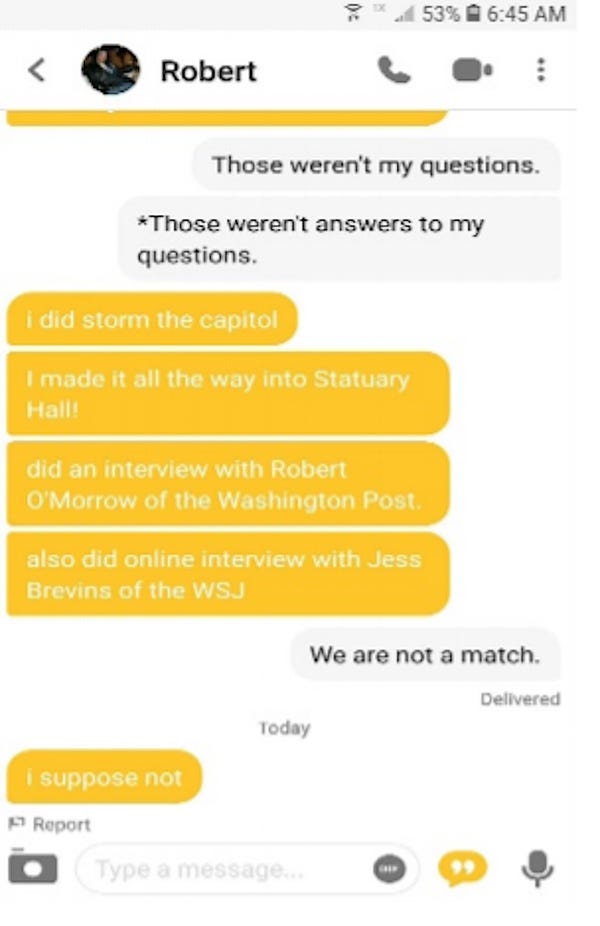 After receiving the tip, the FBI examined the rest of Chapman’s social media and discovered that he’d published several posts about attending the riot on January 6. 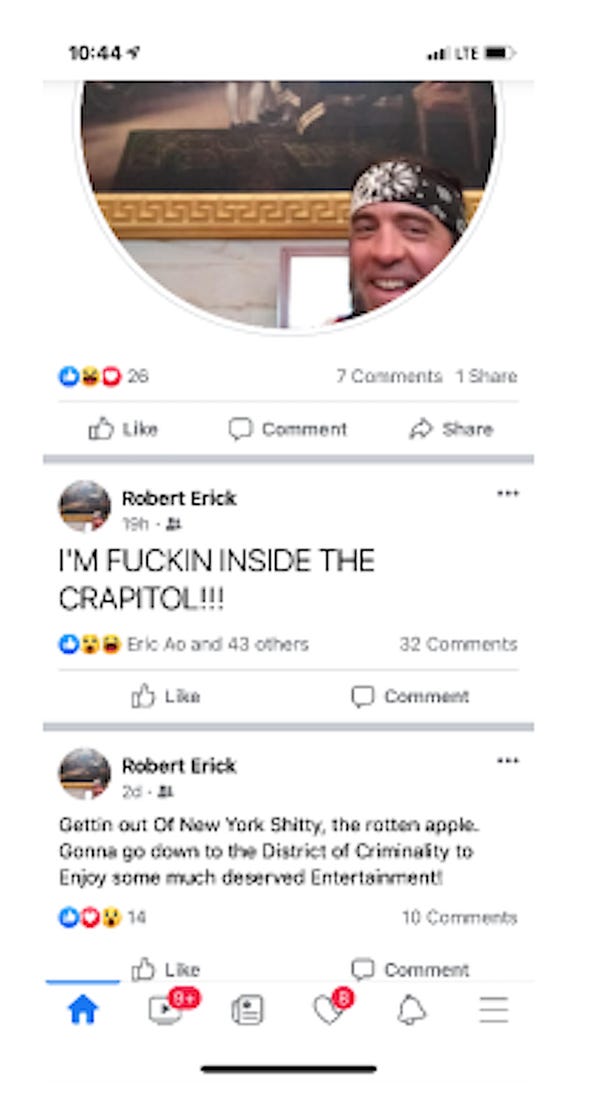 In one case, a friend of Chapman’s also reposted an image of him taken inside the Capitol: 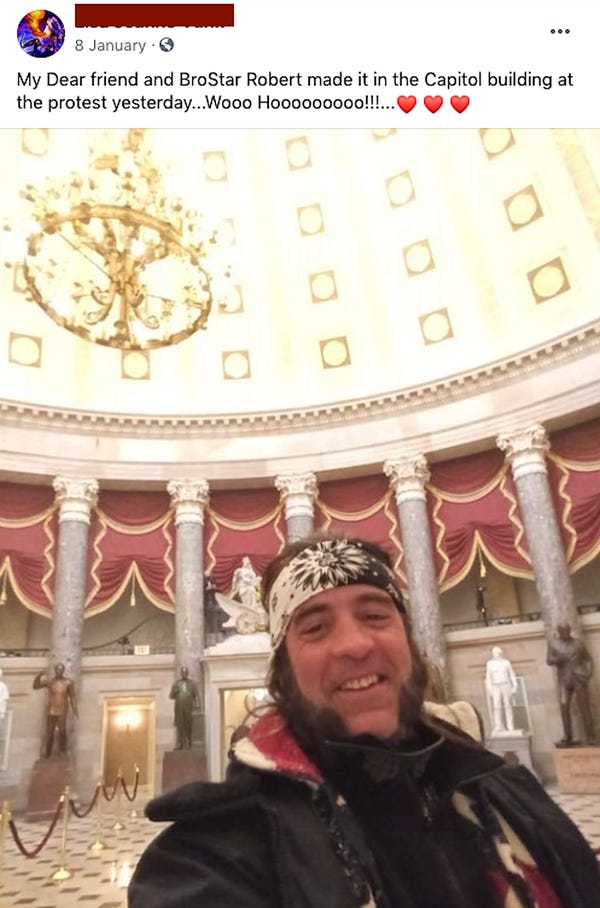 In mid-January Bumble temporarily removed its political identification filter after several women on social media suggested that the app’s users pose as conservatives trick Capitol rioters into admitting their involvement.

The company said in a tweet it made the move “to prevent misuse,” adding that it had “already removed any users that have been confirmed as participants in the attack of the US Capitol.”

It’s unclear if the Bumble user who shared her DMs with Chapman altered her profile to track suspected insurrectionists.

According to the criminal complaint, Chapman was released on his own recognizance and is to appear in court on April 27.