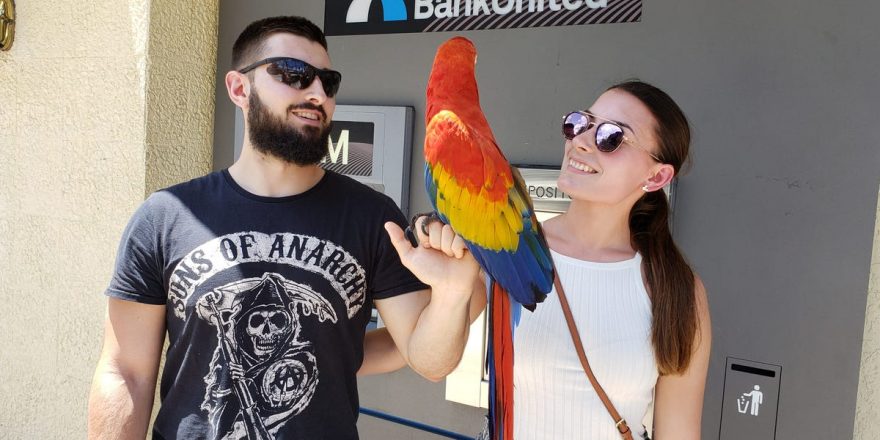 He began purchasing real estate out of a desire for financial freedom. Although O’Reilly graduated from community college for business administration, he didn’t have much of a plan for that degree.

“I just realized that I didn’t want to work my whole life away and I stumbled upon real estate and realized that was a way for me to get out early, or at least the traditional 9-to-5 wouldn’t have to be a reality if I chose that path,” O’Reilly told Insider.

Being young and from a middle-income family from Syracuse, New York, he didn’t have access to a stash of cash. In fact, O’Reilly never generated above $51,000 of annual income from his day job. He had to get really good at managing money to muster up enough to purchase his primary property. But, once he was able to do it the first time, he continued his strategy and purchased more multifamily homes. Today, he generates $62,000 in gross income annually from his properties.

What do you love, hate, and hope to read about money? Fill out our 3-minute survey here »

O’Reilly now has a blog, Live Off Dividends, where he helps others achieve passive income. Below, he shares the three main things that helped him get started.

John O’Reilly was often jokingly called “cheap” by his friends because he liked to save rather than spend.

He grew up watching his dad work hard — he’d finish his full-time job then spend hours working a side job remodeling homes. As soon as O’Reilly turned 10, he began helping his father. This gave him an understanding of the hard work that goes into earning money. Those early lessons kept O’Reilly from being wasteful when it came to spending.

“I started to think of purchases in terms of how many hours I would have to work to pay for that purchase. This really put things into perspective for me,” O’Reilly told Insider. “Spending a whole week’s paycheck to pay for a new pair of shoes was suddenly not sitting very well with me.”

He kept a spreadsheet to track his budget. Every time he earned or spent money, he added the information to this sheet and reviewed it once a month to get an idea of how he could better utilize his money. He avoided spending on anything that wasn’t necessary, including rent. He lived with his parents until he was able to buy his first home.

Before O’Reilly even knew what he’d use his money for, he saved it. He started putting his earnings away early on. By the time he reached his 21st birthday, he had already accumulated $36,000 in his bank account.

His initial savings goal was simple: to save $1,000. Once he achieved that target amount, he would then determine the next goal: to save $2,500, and then $5,000, and so on. Setting small, achievable targets that he could reach in a relatively short amount of time kept him motivated. Eventually, these simple dollar amounts snowballed into bigger numbers.

3. The first property he purchased was already generating income

When O’Reilly purchased his first property, he didn’t go for his dream house or bachelor-pad apartment. He bought a multifamily home that had tenants living on the second floor who paid him $650 per month. The property was also within his budget, allowing him to put down a 20% down payment of $15,000; with total closing costs it was $23,000. He then moved into the main floor of the house.

That first year, O’Reilly only spent $5,041.18 out of pocket on his home living expenses. More than half of that went towards small renovations he had to make. If it weren’t for that, his annual costs would have been even lower, at $2,351.

O’Reilly continued the same strategy to purchase his additional properties. He kept his full-time job so that he could use his income towards down payments, to continue to qualify for the mortgages, and to fund his retirement. He plans to continue purchasing properties until he owns a total of 10.

Laila Maidan is the Personal Finance Storytelling Fellow at Insider. She covers personal stories about peoples’ financial journeys. Have a story about a financial accomplishment to share? Email [email protected].

Disclosure: This post is brought to you by the Personal Finance Insider team. We occasionally highlight financial products and services that can help you make smarter decisions with your money. We do not give investment advice or encourage you to adopt a certain investment strategy. What you decide to do with your money is up to you. If you take action based on one of our recommendations, we get a small share of the revenue from our commerce partners. This does not influence whether we feature a financial product or service. We operate independently from our advertising sales team.