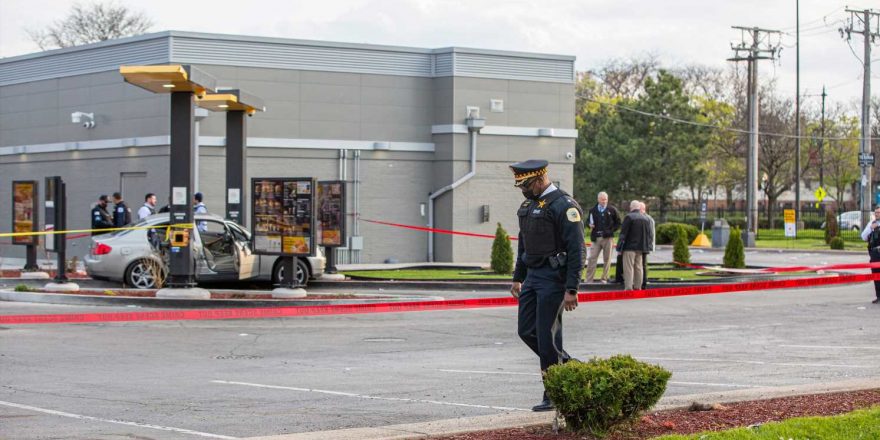 CHICAGO — A 7-year-old girl was killed and her father was seriously injured in a shooting Sunday at a McDonald’s in Chicago.

Jontae Adams and his daughter, Jaslyn, were in a car Sunday afternoon in a McDonald’s parking lot in the Homan Square neighborhood when they were shot, Chicago police said.

A McDonald’s employee who asked not to be named told the Chicago Sun-Times that two people got out of a gray car in the drive-thru and started shooting at Adams’ car.

The girl, who has three siblings, was shot repeatedly and was taken to a hospital where she was pronounced dead. Her father was shot in the torso and taken to the same hospital, where his condition was listed as serious, police said.

No arrests have been made and police have not offered a possible motive.

She added that her daughter and Jaslyn were best friends.

Evolution of a city’s account of a killing:  How Chicago’s narrative changed in the fatal police shooting of Adam Toledo

Police investigate a crime scene where Jontae Adams, 28, and his daughter Jaslyn, 7, where shot, resulting in Jaslyn's death at a McDonald's drive-thru at the corner of West Roosevelt Road and South Kedzie Avenue, Sunday, April 18, 2021, in Chicago. (Photo: Anthony Vazquez/Chicago Sun-Times via AP)