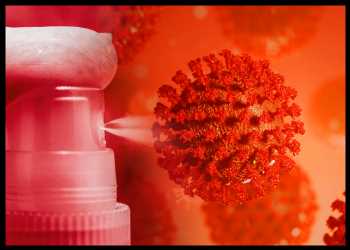 7-day Average Of US COVID Cases Quadruples In A Month

The seven-day average of daily coronavirus infections in the United States has quadrupled from the levels recorded a month ago.

From an average of nearly 20000 cases reported on July 1, the seven- day average has surged to 79763 on Sunday, according to data analyzed by the New York Times. This is the highest weekly average recorded since February 16, and marks a 149 percent increase in two weeks.

There is also a significant rise in the number of people hospitalized due to coronavirus infection in the country. The number has risen to 45,298, marking 86 percent increase in a fortnight.

With 25141 additional cases reporting on Sunday, the national total has increased to 35,003,606, as per the latest data from Johns Hopkins University.

As usual, the lower metrics are attributed to reporting delays on weekends.

California is the worst affected state in terms of both the COVID metrics. A total of 3,965,396 cases have been reported in the state, while 64,423 people have died due to the disease there.

164.8 million people, or 49.6 percent of the U.S. population, are fully vaccinated, according to the Centers for Disease Control and Prevention.

80.1 percent of people above 65 have received both vaccine doses.

In a major Covid-19 related development outside the U.S., new cases are surging in Tokyo as the Olympics heads into its final week.

3058 new infections were reported in the Japanese capital on Sunday, according to Johns Hopkins. 4058 new cases recorded on July 31 was the highest daily toll recorded in Tokyo since the outbreak of the pandemic there.