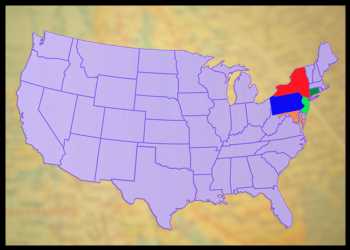 At least 46 people have died and normal life paralyzed after Hurricane Ida’s remnants swept through the U.S. East Coast.

New Jersey suffered the worst number of casualties; 23. Many of the victims were residents trapped in flooded basements and cars after flash floods.

Several people were injured as buildings crashed in heavy wind and rain.

New York Governor Kathy Hochul is seeking an after-action report to know if there were any intelligence failures in terms of our preparedness, including from the Metropolitan Transportation Authority. “I know I deployed resources yesterday morning, but we did not know that between 8:50 and 9:50 PM last night that the heavens would literally open up and bring Niagara Falls level water to the streets of New York,” she told reporters.

This is the first time that the City of New York and the outlying areas had a flash flood event of this proportion.

Wednesday night’s record shattering rainfall was so heavy that 3.15 inches of rain precipitated in Central Park in one hour.

As streets got flooded, the water rushed down through the highways and the subway system, and as a result, trains were shut down, and people were stranded.

Various agencies, including the FDNY, EMS, NYPD, and Environmental Protection, were out in force last night, rescuing hundreds of New Yorkers. So many lives were saved because of the fast courageous response of first responders.

New York City Mayor Bill de Blasio urged people, who have any flooding or storm damage that still needs to be addressed, to contact 311 immediately.

Alternate side of the street parking rules shall remain suspended on Friday and Saturday.

The President’s action authorizes the Department of Homeland Security and Federal Emergency Management Agency (FEMA) to coordinate all disaster relief efforts in these states. Patrick Cornhill has been named the Federal Coordinating Officer for Federal recovery operations in the affected areas.

More than 20 million people remain under flood warnings, as all the rainwater flows into larger creeks, streams, and rivers.