Home » Business » 4 new hires at Zoom, Slack, IBM, and SAP talk about the 'rollercoaster of emotions' that came with getting a new job in the middle of a pandemic — and all their advice for anyone on the hunt

4 new hires at Zoom, Slack, IBM, and SAP talk about the 'rollercoaster of emotions' that came with getting a new job in the middle of a pandemic — and all their advice for anyone on the hunt

While the coronavirus crisis has hit industries like travel, hospitality, and retail especially hard, tech has not been immune either. The downturn triggered layoffs and furloughs in the industry, affecting established companies and startups alike, including VMware, Cloudera, Glassdoor, and Nutanix.

At the end of August, Salesforce said it was cutting 1,000 jobs, even after reporting strong quarterly results.

But as the pandemic led to a sharp pivot to remote work, it also created new opportunities.  The tech industry has seen a spike in demand for offering cloud-based tools and services, particularly for video conferencing, collaboration, and network security.

For example, hiring has continued — and in some cases picked up — at IBM and SAP, as well as hot new players like Slack and Zoom. Business Insider reached out to four recent hires at these companies who applied for their jobs just as the coronavirus crisis was starting in March.

They shared tips and insights for tech job-hunting in the middle of a pandemic:

Sukriti Nayar is a new customer success manager at Slack 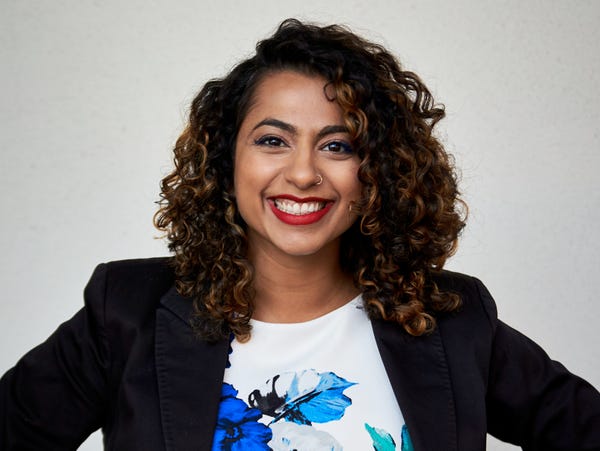 Sukriti Nayar joined Slack as a customer success manager in June. She has a background in finance and accounting and got her MBA last year. She was previously working in a similar role at a behavioral science startup in the South Bay Area, but the company was hit early with the effects of the coronavirus pandemic and she was laid off in April.

Nayar said that one of the first things she did after getting laid off (besides calling her mom) was scour her professional networks to see which companies were hiring. She then started applying, while putting together a spreadsheet of all the jobs she applied for, along with details on who could refer her.

A referral is how she landed her first interview at Slack. Back in March CEO Stewart Butterfield told Business Insider that Slack was hiring in specific areas to help support its surge of new users. That's still the case now, a Slack spokesperson said.

While preparing her cover letter and resumes, Nayar also spent time "mining" through her own professional experiences to find stories she could share that showcased things like her leadership skills, her ability to do data analysis, and where she saw herself growing in her career.

She said the single biggest step that helped her was doing research on each company, and coming into each interview with a list questions. "Because in the end, it's an opportunity for you to try on a company for size and see if the things that you value are present in the company," she said.

Getting hired during the pandemic also means new employees have to be more adaptable to the new remote work situation. "Recruiters and employers are looking for people who can demonstrate that they're ready to hit the ground running, that they've done the homework, they're showing up prepared to contribute right away," Nayar said.

Case in point: one question she answered during her final interview with Slack was: "How will you spend your first couple of weeks at Slack?"

She says that one of her main pieces of advice for job seekers right now is to have empathy for the people interviewing you and for yourself, because the process is bound to be longer and tougher than usual right now. 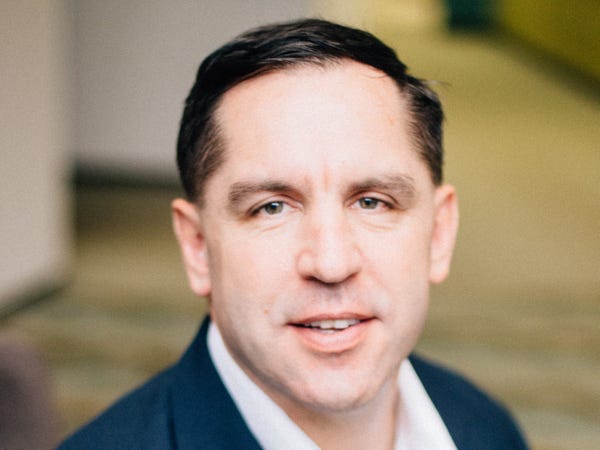 Ron Emerson has been working in healthcare for years. He has a nursing degree, but has worked more recently in business and management positions for telehealth companies. He joined Zoom as a global healthcare lead in June.

He knew he wanted to get a job at Zoom because he was interested in telehealth — an area the company has ramped up during the pandemic — so he focused his efforts on reading Glassdoor reviews and LinkedIn posts from current Zoom employees to get sense of company culture. Once he submitted his resume and cover letter it was about a month and half before he got his first interview.

Zoom has been hiring rapidly this year to support its growth, especially in engineering, sales and marketing and internationally, execs said on a recent call with analysts. In April Zoom's chief people office, Lynne Oldham, told Business Insider that Zoom will likely exceed the already ambitious hiring goals it set at the beginning of the year.

Given how much Zoom's business has grown since the pandemic started and the role it plays right now, Emerson had to talk about both his short-term and long-term vision for his role during his interviews.

"I had to talk about the near term, but I also had to talk about how I see the future of healthcare and how we're going to continue to grow in the sector after COVID ends," he said. "Being hired right in the middle of COVID it definitely changed the way that I presented in that in our interview."

In order to overcome any potential technology hurdles during his interviews, Emerson said he tested the platforms a day before — and the morning of — the interviews. He also joined each meeting 15 minutes early to avoid any last minute kinks that needed to be worked out.

Emmy Banks is a new cyberthreat responder at IBM 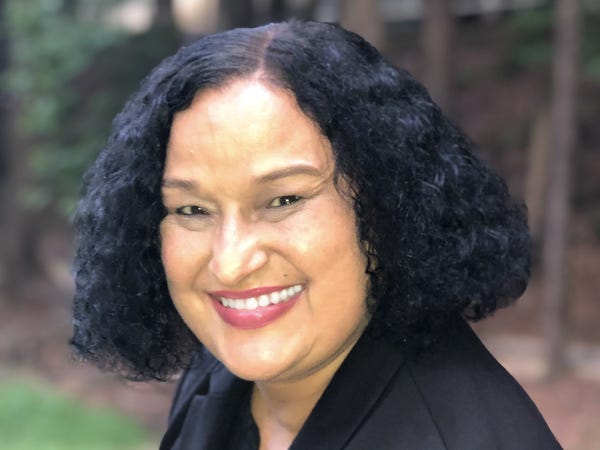 Emmy Ebanks applied for a job at IBM in February, just as the coronavirus crisis was escalating.

Businesses were pivoting to remote work, and the lockdown was triggering layoffs and furloughs. When she got a response to her application in March, Ebanks braced herself for a slow process.

"Of course I was just kind of thinking, 'Oh this is gonna get put off until, who knows, the fall," Ebanks told Business Insider.

She was wrong. The recruitment process proceeded without a hitch, and Ebanks joined Big Blue in April as a cyber-threat responder.

The coronavirus crisis recently forced IBM to cut jobs mainly in its technology-services division, but the tech giant is focused on hiring for positions in hybrid cloud, AI, cybersecurity and quantum computing, a spokesperson told Business Insider. Cybersecurity as become particularly important because of the rise of the remote workforce.

When she got the job offer, Ebanks moved from Virginia to Atlanta where the job is located, although she's currently working remotely due to the crisis.

IBM had been on the top of her list of companies she had hoped to work for, Ebanks said.

"You'll get in if you're tenacious," she said."You just have to get in front of somebody."

Kacie Clardy was hired as a sales account executive at SAP 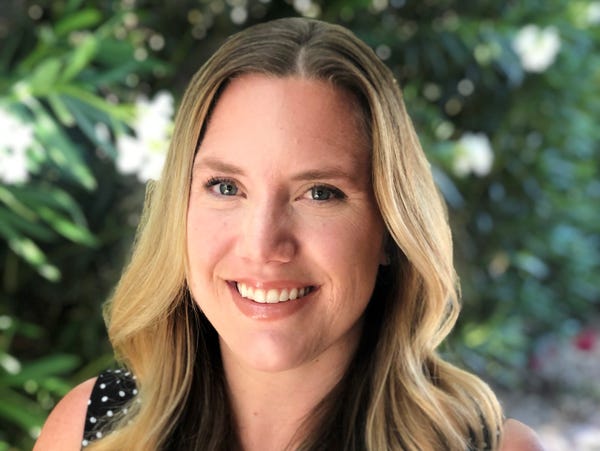 Changing jobs was a potentially risky move in the middle of a pandemic and a downturn but that didn't stop Kacie Clardym who left a solid, secure job selling cloud software for a Phoenix company to join tech giant SAP.

"I knew that if I wanted to continue growing I was going to have to work with a global leader in the technology space," she told Business Insider.

Clardy applied for a job at the German software behemoth in March "right before things were really starting to escalate with COVID-19."

The thought that the crisis could derail her goal crossed her mind.

"It was a rollercoaster of emotions for me to make the decision because I was at a company that I knew — my position was very secure," Clardy said. "I was doing really well, and it's not like I was leaving a bad situation."

Companies started announcing layoffs left and right while Clardy was in her interview process. She had those "hard conversations early on" with her SAP recruiter and the manager to whom she eventually reported.

SAP's hiring in North America in the first half of 2020 has been on pace with previous years, and the company plans to continue hiring in the second half of the year, mostly for sales, product development and engineering roles, a spokesperson said.

The hiring process took three weeks. Clardy got the job as a senior account executive at the enterprise software company, with a salary of over $100,000.

Like other new employees, the onboarding process was done remotely, which she said was a bit tricky.

"I've never met my manager in person," she said. "You can't just pop over to somebody's desk and shadow them and see what they're doing or quickly pick up something."

But on the other hand, joining a tech giant where most people are working remotely has also made it easier to network and get to know other colleagues.

"Given the climate that we're in, I feel like I also have a unique opportunity to network with others that I might not normally get to network with just because everybody's at home and working and not on their normal travel schedule," she said. "So there's been some positives, I think, to this as well."

In Laurent Ferrier’s World, a $185,000 Watch Can Still Be Understated