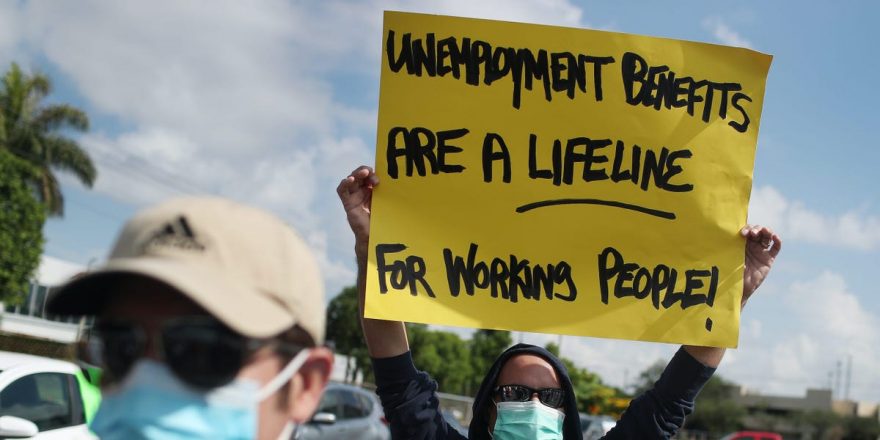 Under the CARES Act in March, Americans received $600 weekly unemployment benefits to help offset the financial strain brought on by the pandemic. But a recent report from the federal watchdog found states had difficulty distributing those benefits and likely ran up $39 billion in improper payments.

The report noted that since 2008, unemployment benefits programs have run an improper payment rate of 10%, and if that continues, “at least $39.2 billion in CARES Act funds will have been improperly paid and wasted, instead of benefitting those for whom the new UI [unemployment insurance] programs were intended.”

It also found that the Labor Department’s oversight did not ensure states implemented the programs and paid benefits promptly. “As a result, unemployed individuals experienced financial hardships due to delays in receiving benefits,” the report said. “As of January 2, 2021, we estimated at least $39.2 billion in improper payments, including fraud, were at risk of not being detected and recovered, and could have been put to better use.”

Here are the main findings of the report:

The watchdog said the problems with the program were likely due to insufficient staffing levels and antiquated technology that hindered detection of fraudulent payments.

While this report analyzed unemployment benefits distribution under President Donald Trump, it comes at a time when an increasing number of GOP-led states are ending President Joe Biden’s $300 weekly benefits early following a weak April jobs report, with the argument that the benefits disincentivize work.

However, Insider reported last week that May saw an increase in payrolls, and that data was collected before the benefit cuts went into effect, suggesting they might not be discouraging work as much as Republicans argue.

Some Democrats are even pushing for continued unemployment benefits tied to economic activity beyond the pandemic, although Biden said in a speech on Friday that while the benefits have been effective thus far, “it makes sense” for them to expire in September.

“A temporary boost in unemployment benefits that we enacted helped people who lost their jobs through no fault of their own, and who still may be in the process of getting vaccinated,” the president said in brief remarks following the May jobs report. “But it’s going to expire in 90 days — it makes sense it expires in 90 days.”