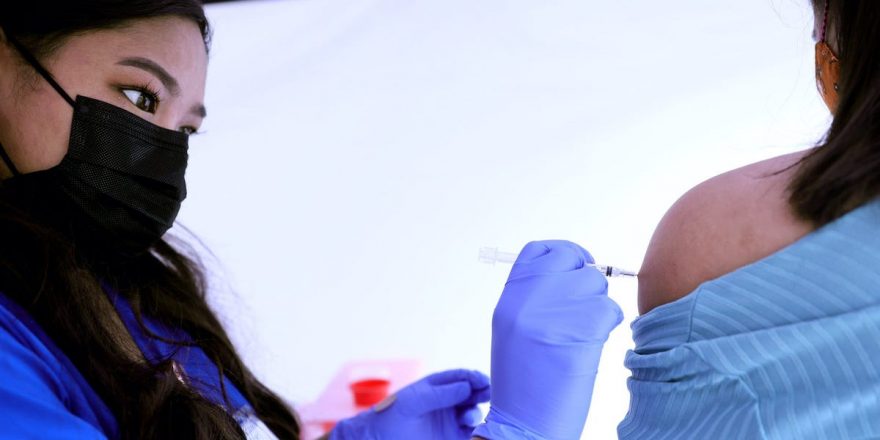 More than half of American adults are fully vaccinated. People are venturing out in public unmasked, hopping on planes, going on dates, and reconnecting with family and friends face to face.

But, in this new phase of the pandemic in the US, our vaccine protection is not yet iron clad. Experts are already watching for signals that could portend a surge of COVID-19 cases this fall or winter, especially in areas of the country with low vaccine coverage.

Interviews with six infectious-disease experts suggest the future of the COVID-19 crisis boils down to three big unknowns about our vaccines. First: how long does vaccine protection last? Second: will the hunt for even better vaccines be a success? And third: when will everyone have access to COVID-19 vaccines?

Unraveling these mysteries will shape the pandemic’s trajectory into 2022, and beyond.

How long will vaccine immunity last? 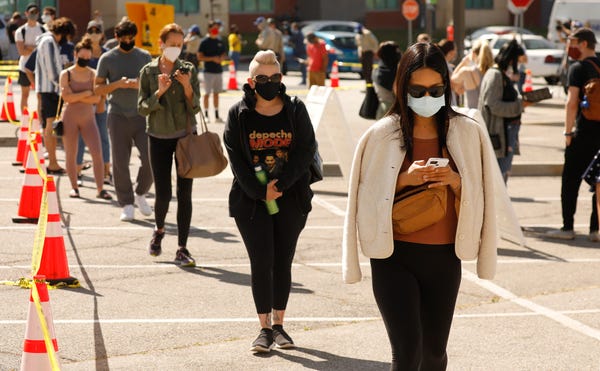 Dr. Jennifer Verani co-leads the team at the Centers for Disease Control and Prevention that is tasked with determining how well COVID-19 vaccines work in the real world. Her team is trying to forecast when, and if, vaccinated Americans might need booster shots.

Unlike the team at the CDC investigating breakthrough infections, which is focused on tracking severe disease and death, Verani’s team is concerned with the broad spectrum of different ways COVID-19 may present and how the disease can spread: everything from mild and asymptomatic illnesses to deadly ones is important in considering when to push out boosters.

“If you have a vaccine that, for example, works against severe disease, but doesn’t protect against asymptomatic infection, well, then you can have people walking around and not even knowing they’re infected and spreading it,” she said.

So far, she said, one thing has stuck out about the real-world data her team has gathered, which focuses on the vaccines from Pfizer and Moderna, by far the most commonly used shots in the US: the shots are turning out to be highly effective.

“I really think this consistency is just an indication that the vaccines are very good,” she said.

But there’s still no way yet of knowing just how long lived that observed “very good” COVID-19 vaccine protection may last.

“I really don’t think we can speculate at this point what the recommendations will be with regards to a booster,” she said.

‘A few years’ of protection, or maybe more 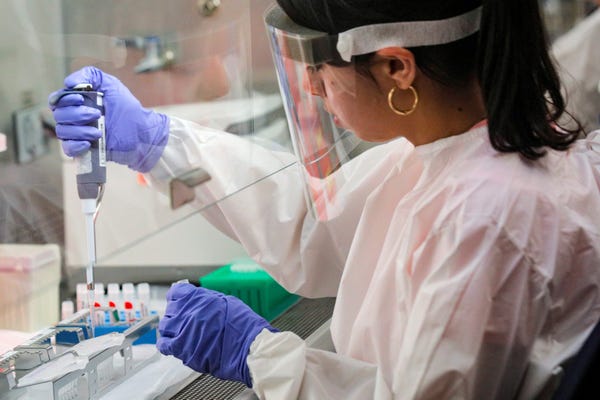 Dr. Paul Offit, a vaccine researcher at the University of Pennsylvania who serves on the FDA’s committee reviewing new vaccines, is willing to wager an educated guess about when we’ll need boosters.

He predicts that data from the real world will show overall efficacy of the vaccines dropping over time, from around 90% to 80% to 70% to 60%. But, he suspects protection against severe-to-critical illness will remain higher — closer to 90% — even as the immunized become increasingly susceptible to catching a minor case of COVID-19.

Offit’s best guess is that most vaccinated people won’t need booster shots for three to five years, so long as new variants don’t crop up that can evade current vaccines.

That’s a longer timeline than the once-a-year estimates the CEOs of Moderna and Pfizer have recently suggested.

“Corporate CEOs have been talking up boosters,” said John Moore, an immunology and microbiology professor at Weill Cornell Medical College. “Well, you know, corporate CEOs have agendas, which is to get more of their vaccines into arms. So I tune out what CEOs say.”

The human immune response is multi-faceted, making it tricky to calculate exactly when protection has waned too much. And, not everyone’s response wanes in the same way either.

People with weakened immune systems may never get very robust protection from vaccines to begin with, while vaccinated people who’ve already had a COVID-19 infection probably have some of the longest-lasting protection.

The virus-fighting proteins called neutralizing antibodies have long been seen as the key element for measuring successful vaccine response. But the human immune response is far more complex.

In determining how long we’ll be protected, memory B-cells and T-cells play a part too. These cells don’t wane nearly as fast as neutralizing antibodies, and they keep a memory of the virus for the body.

Figuring out the relative importance of each of these components — and what levels translate to insufficient viral protection, will be critical to both figuring out when to give boosters, said Catarina Hioe, an infectious-disease researcher at the Mount Sinai School of Medicine. 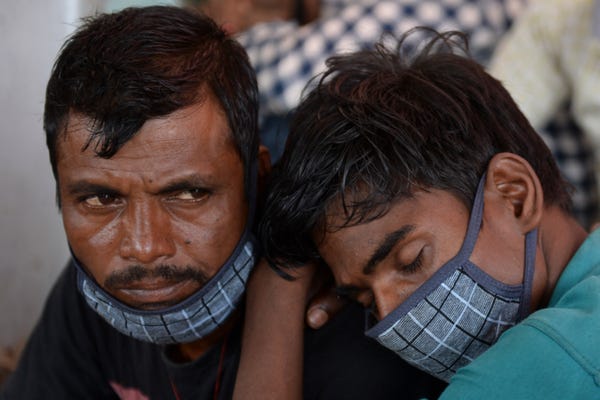 It’s been more than a year now since scientists sequenced SARS-CoV-2, the virus that causes COVID-19, and began designing vaccines to halt it. In the meantime, the virus has been steadily traveling the world, and transforming itself into some slightly tougher variants.

Many countries still have little to no access to vaccines, so they can’t achieve a good measure of community-wide disease protection. This means more new coronavirus variants will continue to pose a threat.

Variants can make COVID-19 vaccines somewhat less effective, but so far, no variant has changed enough to render the shots ineffective.

Still, there’s worry that some current variants may shorten the lifespan of vaccine protection.

Moderna recently released data from clinical trial participants who got the vaccine about six months ago. About half of their blood samples showed no detectable levels of antibodies when exposed to the B.1.351 variant first found in South Africa.

That doesn’t mean Moderna vaccinated people aren’t protected against B.1.351, though. Other immune system components — T-cells and memory B-cells — could be kicking in. Indeed, new real-world studies of vaccine effectiveness show the shots can still provide people with very good coronavirus armor to counter variants.

And Moderna (and other vaccine developers) are now testing B.1.351-specific vaccines — a targeted booster shot to combat some of the most troubling changes the virus has made so far.

Can we make better vaccines? 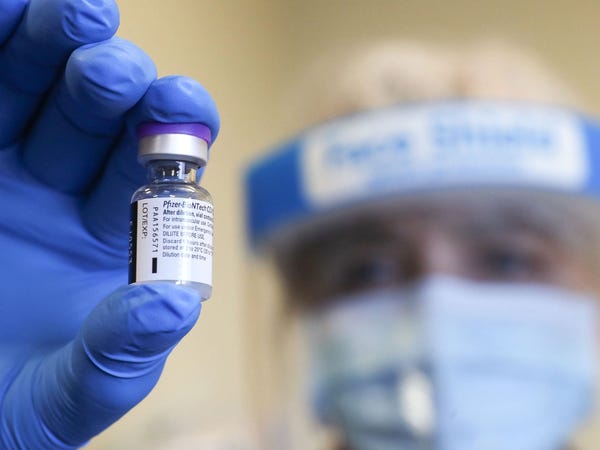 New kinds of vaccines are likely on the way for Americans, and the rest of the world, too. Over the rest of 2021, at least four major vaccine programs are expecting results from late-stage studies that could lead to widespread use, expanding the number of doses available to inoculate the world.

Peering further into the future, vaccine makers are excited by the prospect of more robust vaccines that would be able to tackle any future viral variants, as well as new formulations like patches, nasal sprays, and tablets.

Poland and his team at the Mayo Clinic are working on one of these next-generation shots, aiming to start initial human studies within a year. The goal is to craft a vaccine that can protect against not just SARS-CoV-2, but also against similar viruses that may emerge in the future.

Even for vaccines that are already being rolled out, research is far from over. Some groups are running studies to see if different combinations of COVID-19 shots work better together. Other scientists are drilling down on rare side effect reports, like anaphylaxis and unusual blood clots, looking for a definitive cause that can help craft better shots down the line.

When will there be shots for everyone? 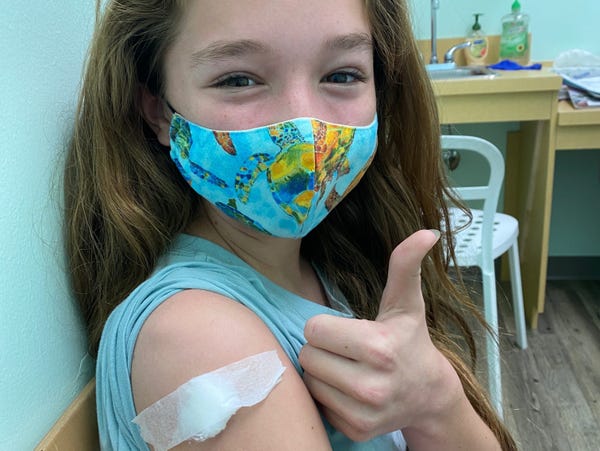 As long as the virus is spreading widely and people are moving around, the pandemic will not end.

The World Health Organization projected in April that, at best, only 26% of people living in the world’s poorest countries may get access to vaccines this year through its initiative, COVAX. But that was before a wave of new coronavirus infections and deaths hit India, the world’s vaccine powerhouse.

The surge of cases in India has considerably hobbled COVAX’s delivery goals for the first half of 2021.

“By the end of June, we will face a shortfall of 190 million doses,” a recent statement from the initiative read.

COVAX is on track to deliver only half of the 380 million doses it had originally hoped to provide to low- and middle-income-countries in the first half of this year.

That will leave a sizable majority of the world’s population vulnerable to COVID-19, and any new variants, into 2022 and beyond.

It’s a doubly scary scenario when you consider that having a large proportion of partially and fully vaccinated people around the world protected against a more mild strain of the virus, while letting variants continue to circulate, provides a near-perfect opportunity for mutants to arise that could render vaccines less useful.

“There are still a bunch of infections going on. That’s what is scary,” said Mount Sinai’s Hioe. “This mixture is a perfect way of driving escape mutation. That’s what we do in the lab.”

In the US, kids under 12 will likely head back to school this fall unvaccinated. (Pfizer has said that September would be very earliest time the company might file for an emergency authorization with the FDA to provide its shot to kids and toddlers.)

Very justified optimism is fueling this summer’s fun, but we could be in a much more precarious situation later this year.

“What we will be looking for in the fall is an exponential rise in the R-number,” said Jane Heffernan, a mathematical epidemiologist at York University in Toronto, referring to R-naught, the mathematical concept that estimates how fast a pathogen is spreading.

Heffernan is also closely watching to see when immunity — either from vaccines or natural infection — fades.

“We’re still in this for a while longer,” she added.