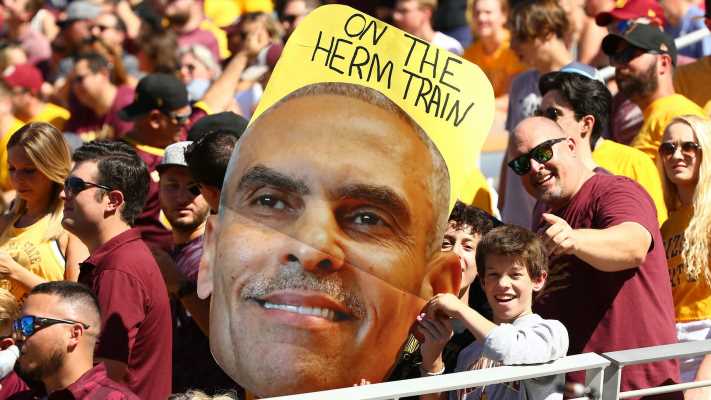 The book has closed on spring practices and college football teams are headed into a break with training camps less than three months away. It's a perfect time to take a step back and look at where things stand for the upcoming season.

The last Top 25 predictions came the day after Alabama took care of business against Ohio State to win another championship. A lot has changed since then with some players unexpectedly leaving for the NFL, some surprising by staying for an extra year and others taking advantage of the transfer portal to find new homes.

The result is a different picture for 2021. The Crimson Tide will enter as favorites, but there are some modifications in the top five and throughout the rest of the list. The postseason rankings from January are in parenthesis.

If you focus on what the Crimson Tide lost then you would expect they'll take a big step back. Gone are three of the top five finishers in the Heisman Trophy race, who also were three of the team's six first-round picks in the NFL draft. But Nick Saban has been here before and he simply reloads with another group. Bryce Young, one of the top recruits in the 2020 class, slides in as the successor to quarterback Mac Jones after impressing this spring. John Metchie III is poised to be another in the line of elite wide receivers. The defense should again be solid with Christian Harris and Malachi Moore two of the top performers. If there is something to trip Alabama, it is a conference road schedule that includes Florida, Texas A&M and Auburn.

Two key transfers from Tennessee — running back Eric Gray and offensive lineman Wanya Morris — and the addition of Arkansas wide receiver Mike Woods addressed areas of need for the Sooners, who could have their best team in the playoff era. The offensive line remains a question until it can clear consistent holes for the running game. Having quarterback Spencer Rattler back in his second year as a starter should make the passing attack more consistent. No longer maligned, the defense is now a strength under coordinator Alex Grinch. Perrion Winfrey, Isaiah Thomas and Nik Bonitto headline a dominant line.

When the final whistle blew on spring practice, the question of who takes over at quarterback for Justin Fields remained unanswered. C.J. Stroud, Jack Miller and incoming freshman Kyle McCord all had an opportunity to showcase their skills. The competition will continue in the fall.  The surprise decision of wide receiver Chris Olave to return will only help whomever wins the starting role. He will team with Garrett Wilson to form one of the best pass-catching tandems in the country. Key losses along both lines can be filled as the Buckeyes have stockpiled enough pieces to remain the class of the Big Ten, although they might be pushed more than usual.