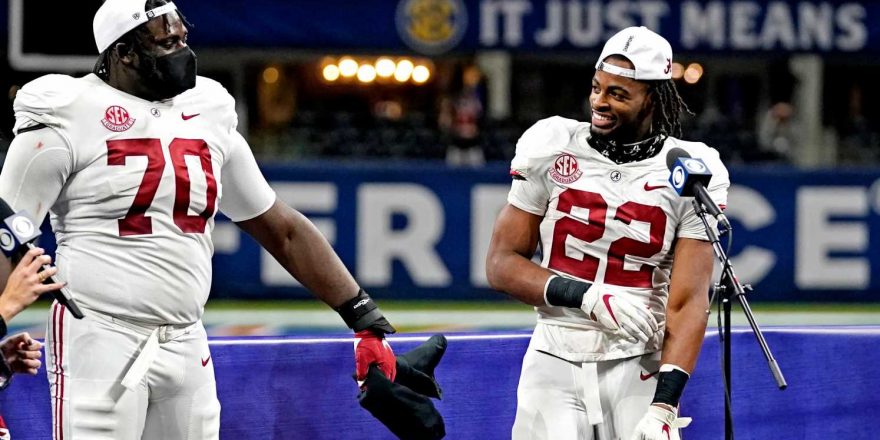 The easiest way to break consensus in the NFL draft is to simply let the picks start rolling in.

While certain prevailing wisdoms linger throughout the pre-draft process, some popular notions are quickly challenged when teams make unexpected picks that don't jibe with what fans, media and other organizations might do. Plenty of those decisions eventually prove valuable over time. But some choices never quite pan out and look iffy even without the benefit of hindsight.

This year's draft had plenty of drama, even if not many of the early picks were massively surprising. Still, these 10 picks stood out as the most questionable of the first round on Thursday:

There was almost no way for the 49ers to avoid placement on this list after they traded three first-round picks and a third-round selection to move up to this slot for a quarterback. While selecting Mac Jones would have raised more questions about San Francisco's attention, choosing Lance leaves its own unresolved elements.

The 6-4, 224-pound signal-caller is a sublimely talented threat behind center, displaying an ease in uncorking deep strikes and rumbling through defenses as a runner. But his shortage of experience – just 17 career starts – coming from the Football Championship Subdivision level has left Lance with problems on his accuracy and anticipation.

Kyle Shanahan and John Lynch are exhibiting the requisite care to bring their new star pupil along at the proper pace. While Lance is entering an extremely favorable scenario and can correct his issues under the tutelage of San Francisco's staff, he'll have to make significant strides before he can be a stable starter. And given the cost of moving to this spot, anything short of top-tier play will draw severe scrutiny.

Other than Lance, Horn might have been the biggest surprise of the top 10. The Panthers clearly are fed up with being pushed around by the likes of Mike Evans, Julio Jones and Michael Thomas in the NFC South, and the physical Horn could allow the team to make a shift to using more man coverage.

But with Ohio State quarterback Justin Fields on the board, it's hard to understand why the team felt confident enough to ride things out with Sam Darnold behind center. While Carolina isn't wedded to the former New York Jets signal-caller, Matt Rhule and first-year GM Scott Fitterer might look back on this decision with regret should they find themselves returning to the market for a passer in the near future. And though Horn has the athleticism to be a lockdown cornerback, his grabby approach could attract lots of penalties.

TRACKER: Analysis on every pick in the first round

MORE: Team-by-team look at all 259 selections

A steady and reliable blocker, Vera-Tucker has a much higher floor than most of the other players on this list. The problem for the Jets rests with the price – two third-round picks to the Minnesota Vikings – paid to jump from No. 23 to No. 14 to select him.

Though GM Joe Douglas has a stockpile of draft assets, depleting them even a bit to move up at a non-premium position seems ill-advised. Supplying new quarterback Zach Wilson with ample protection is a shrewd move, but Douglas now will face even heavier pressure to find mid- and late-round gems to fortify a spotty roster.

The pairing seems almost too natural: A Nick Saban pupil lands with Bill Belichick and is tasked with leveraging his poise and timing to keep New England's offense on track. Yet despite being the first quarterback ever taken in the first round by Belichick during the coach's 21-year run with the Patriots, Jones doesn't engender a great deal of excitement.

Given the limitations Jones faces due to his pedestrian arm strength and struggles to operate outside of a play's structure, it's fair to wonder how far the 6-3, 217-pound passer can take this offense. Jones also will be playing with a receiving corps that's a far cry from the one headlined by the Crimson Tide's two first-round pass catchers in Jaylen Waddle and DeVonta Smith. And while Belichick on Thursday night declaring that Cam Newton "is our quarterback" might be mere support for a veteran, it's not a sentiment that drives a lot of hope as New England tries to reclaim its past glory.

The Patriots might be able to build an efficient offense around Jones, but it seems as though an abundance of things will need to go right in order for the quarterback to succeed. 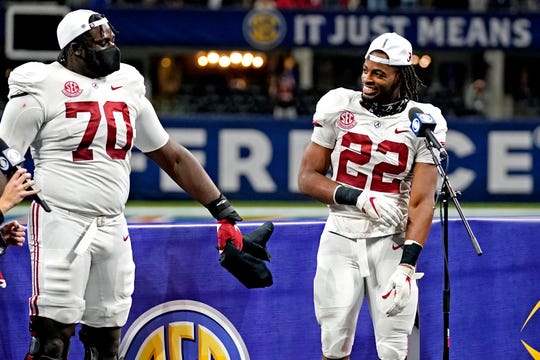