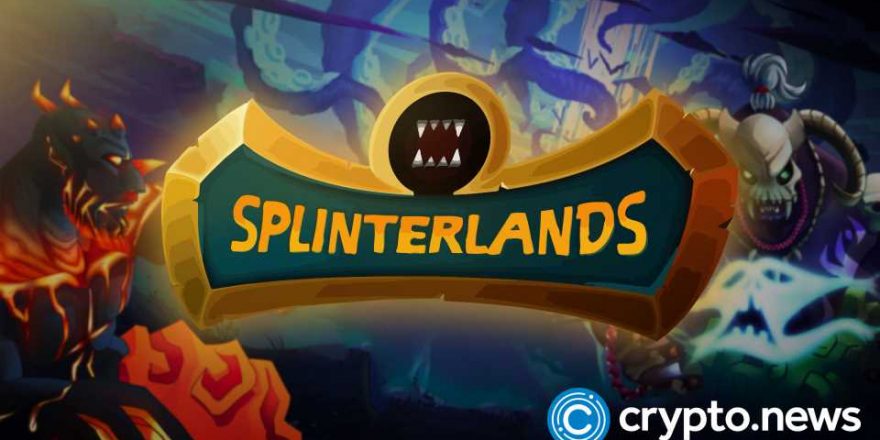 Splinterlands, the most played NFT-based play-to-earn game six months in a row, has now passed the one billion battles milestone. This shows the appetite gamers have not just for selling their NFTs and making good money on the P2E platform but also the fun they have while earning.

Barely six months after going live, Splinterlands, an NFT-based play-to-earn gaming metaverse has surpassed the one billion battles milestone, a strong indication that players are not just interested in trading their earned NFTs for real money but are also very excited in playing games on the platform.

According to data available on DappRadar, the world’s number one decentralized application store, Splinterlands has stayed atop the P2E gaming charts for six months in a row, with players fighting more than one billion battles as of January 25, 2022.

Based on the Ethereum blockchain, Splinterlands allows players to buy, sell, trade, rent, and fight with their NFT-based monsters. It combines the NFT world with the crypto-game environment to offer gamers an immersive gaming experience plus exciting rewards.

Less than one year after its official launch, Splinterleads has grown to become one of the top P2E gaming platforms in the world, with more than 400K active users and thousands of new players joining the platform daily. Splinterlands boasts more than four million transactions per day, making it the most active gaming metaverse in the blockchain space today.

“I can’t help but be ecstatic. This is a historic moment in gaming history and I’m so proud that Splinterlands is trailblazing in play to earn gaming.”

The milestone comes on the heels of the hugely successful rollout of their new monster card pack dubbed ‘Chaos Legion,’ which sold over seven million packs within a few days after going live.

As part of plans to enable cross-chain interoperability, and make it possible for players to transfer their tokens across multiple blockchains through the TeraBlock Bridge, Splinterlands recently inked a partnership deal with TeraBlock.

While blockchain gaming still has a long way to go before going entirely mainstream like traditional video games, Splinterlands’ success clearly shows P2E games’ transformative potential and the tremendous appeal to gamers that keeps them coming back for more.

The complete immutability and transparency of distributed ledger technology enable players to see how many of each unique card exists in the Splinterhead metaverse. Every card on the platform is individually owned, making it impossible for even the creators of the game o take it away from any player and gamers are free to sell, buy or trade them just like physical trading cards.