A St. Lawrence county town located in New York near the Canadian border, Massena, is another region in the state that is having issues with bitcoin miners. According to recent reports from the local WWNY-TV news desk and Reuters, the Massena town supervisor is drafting new regulations for bitcoin mining operations.

The town of Massena, with a population of around 13K, has attracted bitcoin miners according to a report from Reuters. The New York town’s officials have taken issue with bitcoin miners and the authorities plan to impose a 90-day moratorium on any new bitcoin miners looking to tap into the town’s energy sources.

According to Massena Town Supervisor Steve O’Shaughnessy, the town doesn’t want Massena’s roadsides to be filled with shipping containers that house mining rigs.

“We don’t want it littered with these trailers that are pumping out bitcoin,” O’Shaughnessy told WWNY-TV. “We just want to make sure if they’re going to come here, that it’s a nice presentable building,” he added. The report notes that there’s been a surge of cryptocurrency miners setting up shop in Massena. The electrical company Massena Electric is currently in the midst of negotiations with three prospective operations.

“The key components for the developers is low-cost electricity and reliability, which are two things we’ve always had,” Andrew McMahon, Massena Electric’s superintendent said. Reports say Route 42 in Massena near Fort Covington has numerous mobile bitcoin mining units that are housed in shipping containers.

Massena Electric told WWNY-TV that the deals with bitcoin miners always come second to current customers but “customers could even benefit from the increased sales.”

“We’re not like some new operation that decamped from somewhere else and coming in and trying to find power, you know, relatively inexpensively, and not being part of the community,” Rappaport stressed to the local news station. New York and bitcoin miners have seemed to go hand-in-hand because of the state’s abundant access to cheap hydropower. However, residents and officials from a few New York communities have taken issue with bitcoin miners in a similar fashion.

For instance, residents who live alongside Seneca Lake blamed bitcoin mining for heating up the water. The lake was “so warm you feel like you’re in a hot tub,” a report by NBC News noted at the time.

Democrat senator Kevin Parker also introduced a bill that seeks to establish a three-year moratorium on any bitcoin mining operations in the state. The Committee on Environmental Conservation reviewed the bill on May 3. 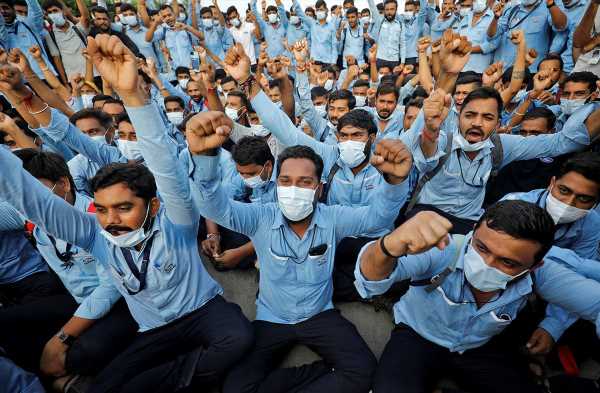