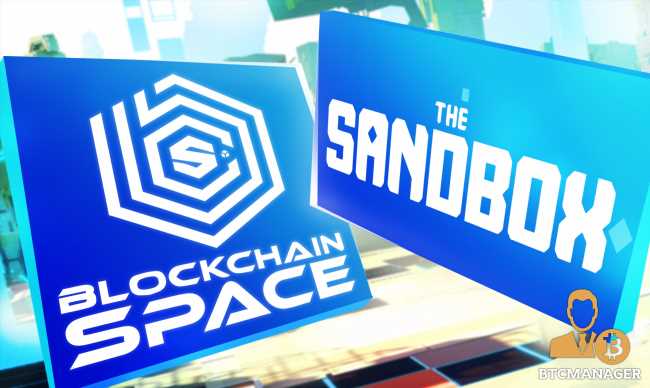 BlockchainSpace partners with The Sandbox (SAND) to connect its 2,600 guilds and over 680,000 players to The Sandbox’s metaverse.

BlockchainSpace Extends Its Guilds to The Sandbox

In an announcement made today, BlockchainSpace stated it had allied with the leading metaverse project The Sandbox.

The partnership between the two entities will see BlockchainSpace extend its 2,600 guilds and more than 680,000 players to the booming virtual world being developed on The Sandbox. The alliance is a timely reminder of the benefits of scaling communities for NFT games in a world that is becoming increasingly digital.

The guild hub of the metaverse, BlockchainSpace aims to bring virtual worlds into the mainstream that will help bridge the distance between millions of people the world over and enable them to socialize, play, and collectively have entertaining experiences.

Further, players can also form guilds or groups based on the availability of a highly-scalable technology that can offer a seamless experience to all its users. This is where BlockchainSpace comes into the picture.

BlockchainSpace is the provider of the required technological infrastructure and scalable technology that will pave the path to onboard millions of users into the metaverse economy. Through its partnership with The Sandbox, the BlockchainSpace team will leverage its proven dedication to community building and content creation to develop a flourishing virtual world in a leading metaverse project.

Of late, several leading NFT games are tapping their Academies to develop platforms to foster user growth and bootstrap mainstream adoption. Such platforms will benefit from BlockchainSpace’s next-generation guild infrastructure to track interaction and connect players via its high-throughput global network.

BlockchainSpace and The Sandbox share a long and fruitful history as earlier this year, the two projects worked together to build the Philippine community, introduce voxel NFT art contests, and create the first land experience in The Sandbox dedicated to the Philippines.

The Philippino experience created by BlockchainSpace and The Sandbox allows users to ride kalesas and jeeps, explore vast regions of flora and fauna, and wear historical garments.

What’s more, all voxel assets are slated to become accessible via the upcoming PINASining: Discover the Philippines NFT collection on The Sandbox.

The latest partnership between the two is expected to bring more guilds and players into The Sandbox.