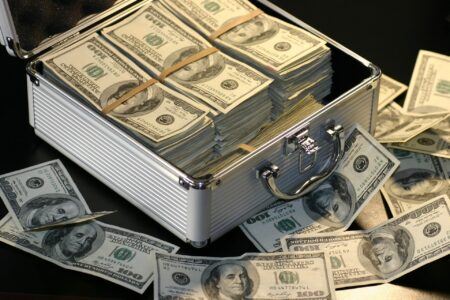 On Monday (January 4), during an interview with CNBC, Alli McCartney, a Private Wealth Advisor at UBS, explained why there is “a lot of interest” in Bitcoin among her wealthy clients.

“There’s a lot of interest, and there has been a lot of interest for a significant amount of time… A lot of very wealthy individuals, even those who have made their money in very traditional finance sources, take risk. And they understand the concept of taking risk…

“I think the thing is that individuals that act like institutions — I mean not retail individuals — are getting in now as an asset-allocation play, and that I think is why you see such a run-up, is that you’re having some really big buys…“

“The story of the first couple of years was that here was a store of value that was apolitical and could be a diversifier. And then you fast-forward and, to my colleague’s point, you see the numbers going up, which always gets people interested. You see the adoption in the form of Bloomberg Galaxy Index. Then you go to Fidelity being a custodian and now you are at PayPal letting you buy and sell with it.”

“So adoption is going up, price is going up, and the lack of available alternatives in the market, in terms of being diversifiers, like bonds, have largely gone out the window in terms of their relative risk-return…

“And by the way, unlike a retail investor, the assumption there is that these aren’t speculators. These are long-term buy-and-holds that can create some sort of substantive floor for the currency.“

Featured Image by “Maklay62” via Pixabay.com