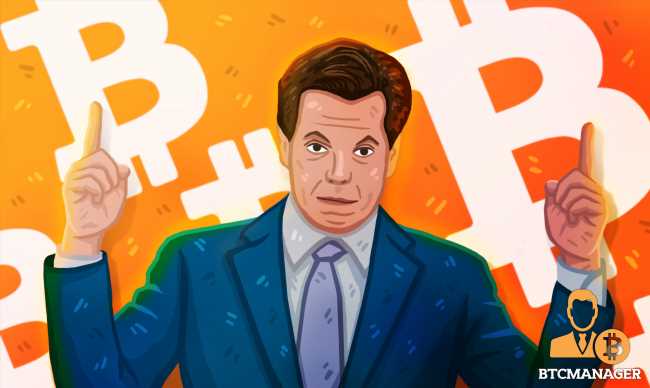 Anthony Scaramucci–the co-founder of SkyBridge Capital, thinks the Bitcoin price will reach $100k by the end of 2021, a forecast aligning with what permabulls maintain.

In an interview with CNBC’s Squawk Box on Feb 17, the former White House Communications Director maintains his previous stance. He also joins a long list of analysts, including Citibank and Anthony Pompliano.

As of writing on Feb 17, the Bitcoin price is trading above $51k, registering a new all-time high and subsequently overcoming the solid sell wall of $50k.

Traders, confident of another higher-high wave, are positioning themselves in Bitcoin, purchasing the digital asset for speculation, and hedge inflation.

The $180 Million Investment in Bitcoin

SkyBridge Capital, in late December 2020, made a $180 million investment in Bitcoin, as BTCManager reported.

Through the SkyBridge Bitcoin Fund L.P., high Networth investors can get exposure to Bitcoin by investing a minimum of $50k.

Earlier, in an interview, Scaramucci said he believed in Bitcoin’s long-term trajectory. He adds that Bitcoin, despite the expansion in crypto and the rapid emergence of other assets, will be the category winner.

In his view, Bitcoin utility and improving liquidity make it attractive for institutions.

Following the retail squeeze of GameStop, Scaramucci said it was enough proof that Bitcoin works.

The impact of small groups of traders against the establishment, he added, vividly demonstrates decentralized finance’s power.

“The activity in GameStop is more proof of concept that Bitcoin is going to work. How are you going to beat that decentralized crowd? That, to me, is more affirmation about decentralized finance. It’s the age of the micro investor, and you better take it seriously – otherwise, you’ll get taken to the cleaners.”