Reduction In Cryptocurrency Mining May Be Trouble for AMD and Nvidia

Nvidia (NVDA) and Advanced Micro Devices (AMD), two of the leading manufacturers of graphics processing hardware, saw sales and interest increase dramatically in the past couple of years thanks to the cryptocurrency boom. However, a number of factors now threaten to reduce the demand for those chips, as cryptocurrency mining evolves and traditional models are upended.

Nvidia is not likely to release new video cards for the next few months, and Advanced Micro Devices has indicated concerns that GPU sales could drop in 2018, according to a report by Bitcoin.com.

Nvidia May Have Walked Back a New Product Line

Rumors have swirled in tech publications and cryptocurrency mining circles over the past few months about a new series of graphics processing products by Nvidia. These expectations were fueled by speculation about the Game Developers Conference and the GPU Technology Conference, slated to take place from March 25 to 29 in San Jose, California. (See also: AMD versus Nvidia: Who Dominates GPUs?)

However, Nvidia may have decided to push back its release schedule to July at the earliest. The new line of products are rumored to have been codenamed “Turing” after Alan Turing, the mid-20th century British computer scientist.

These GPUs were rumored to have been specially made for cryptocurrency work. As it turns out, though, the “Turing” line of products may be more focused on gaming than on cryptocurrencies. 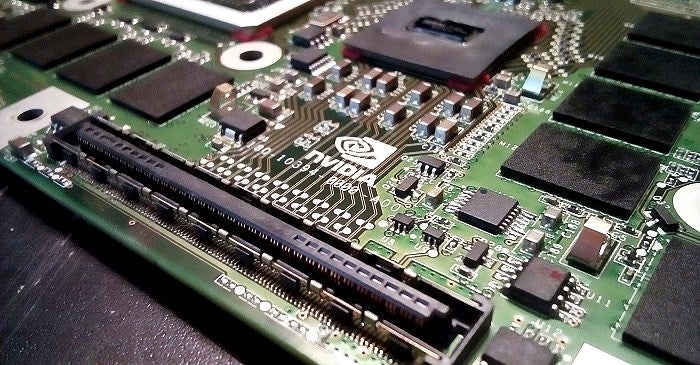 That Nvidia may be working to court the computer gaming customer base suggests that the manufacturer is considering how new directions in mining may affect its business. Back in January, Nvidia asked retailers to limit the number of GPUs purchased at a time.

Miners usually buy GPUs in large quantities, as they often incorporate them into multiple mining rigs. This means the market often experiences shortages. The January announcement suggested that miners were, at that point, still buying up GPUs at a rapid rate. (See also: Sales of Nvidia and AMD GPUs buoyed by Ether Mining.)

AMD, on the other hand, has revealed that there are a number of external cryptocurrency-industry factors which may make the demand from the mining community actually drop. These factors include the increase in regulatory risks associated with cryptocurrencies, shifts in interest among investors, and the large-scale dip in the prices of most cryptocurrencies which took place in the early weeks of 2018.