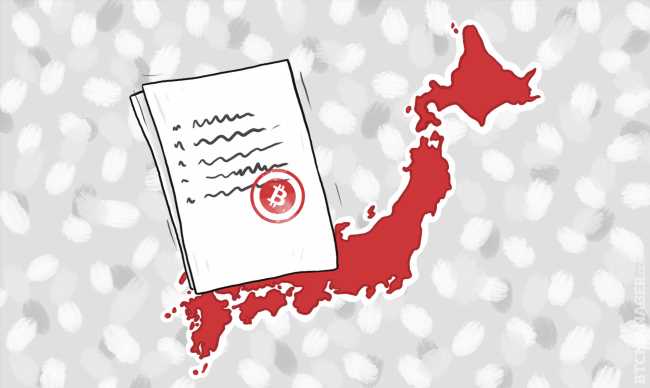 The Japanese Government will enforce regulations on Bitcoin Exchanges. This is the result of efforts by the local Bitcoin community. The number of enterprises accepting the digital currency is expected to reach roughly 20, 000 before the year ends. Last year, there were 4, 200 merchants and establishments all over the country that accepted Bitcoin. This was four time the total in 2015. The significant growth came after the Cabinet of Japan (Executive Branch) approved the use of crypto currencies as legal form of money.

ResuPress, Tokyo-based payment processor and parent firm of CoinCheck sees this trend to go up within the year. It collaborated with E-Net Systems Company, a local energy provider and subsidiary of Mitsuwa Industry, for the payment of electric power bills using Bitcoin. According to a report from Nikkei (an English publication that focuses on Asia), ResuPress is looking forward to Bitcoin payments will soon branch out to water and gas which contributes to the increase in the number of traders using this virtual currency.

BitFlyer, also based in Japan and the largest trading platform in this country, launched an electronic-commerce website that accepts the Bitcoin currency last April (2016). Since then its sales grew 10 times the original transactions. BitFlyer secured funds worth 3 billion JPY or $27 million also last year from Venture Labo Investment, SBI Investment and other financial entities. This funding brings the company’s total capitalization to 3.89 billion JPY or $34.9 million. This is the second-biggest among all Bitcoin exchanges globally based on the declaration made by CoinDesk.

CoinCheck operates exchanges between Bitcoin, Fiat and Ether currencies in Japan as well as Bitcoin deals and storage in some countries other than Japan. The exchange operator is part of Japan Blockchain Association (JBA) and is an active proponent of developing standards for Bitcoin use with the Japanese Government.

Increase of Awareness and Regulation

Kagayaki Kawabata, CoinCheck business development head, cites the latest regulatory move of the government as the main contributory factor for the increasing popularity of Bitcoin. The digital currency is experiencing a lot of hype in media following negative publicity generated by the collapse of the Mt. Gox Exchange.

Mt. Gox used to be the biggest exchange worldwide for the decentralized digital currency. However, it sought bankruptcy protection last February (2014) after reporting that 850, 000 Bitcoins ($450 million value at that time) disappeared or was hacked by criminals. The company also claimed losing $27 million in cash.

The regulatory bill is expected to be passed by the Japanese National Diet (Bicameral Legislature) sometime this March. It is more of a revision of the Fund Settlement Law. The legislation’s earlier version did not recognize virtual currencies as equal to traditional currencies. Said amendment gives Bitcoin and other such currencies asset-like value to convert them into legal tender for payments and assets transfers. Bitcoin is being perceived as transactional currency in its condition of being dual as store of value or investment asset.

Although many people still regard Bitcoin as investment tool, the situation is evolving and the currency is being utilized as payment method during the last few years. Bitcoin crosses international borders without any need for exchange compared to other standard currencies. Japan caters to foreigners paying in Bitcoin currencies with its hosting of the summer Olympics in 2020.

Japan keeps on making noteworthy advances in the Bitcoin industry as trading volume rises. This makes it necessary for users to own appropriate crypto currency wallets. GMO Internet, one of the biggest Internet firms in Japan, is introducing its own crypto currency wallet service this year. This is most important confirmation of Bitcoin as legal currency and brighter future for the digital currency. In the past, Japan did not really make much noise on the Bitcoin front. Yet, volume of trading went up during the previous weeks and several exchanges engage in business leading to this development.

GMO focuses on start-ups by providing support for support within the last few years. Financial technology firms and Bitcoin were not included but this is an indication the situation will change soon. This company has extensive reach in the country especially because it is the biggest processor of credit card payments until the present. GMO also added support for the crypto currency to its web-based payment gateway service more than two years ago.

The popular belief is digital currency exchanges are inflating volumes in the People’s Republic of China (PBOC). Exchanges in China and Japan do not take any fees. The BOC has been very strict and effective shut down high margin limitations of businesses in that country. This has yet to take place in Japan.

Experts believe Japanese traders of Bitcoin consider the Chinese market as gauge for the crypto currency’s price trends. Exchanges in China gave up margin trades which is not the same for Japanese policies. This could happen but it will not be abrupt and tremendous. Nevertheless, the matter of trading volume is not really accurate. In fact, it may even be confusing. The actual proof is seeing how Bitcoin is being used in Japan nowadays.

What to Look Forward to?

There are two scenarios right now.  The public can use Bitcoin daily simply because it is practical or people want to use the virtual currency without converting it to fiat. Fiat currency is considered legal tender by a certain government but it is not supported by any physical product. Value is obtained from supply and demand relationship instead of material value. At present, it is quite hard for the digital currency to compete with electronic money service.  Even then, the expectation for Bitcoin in Japan remains upbeat in 2017.