Home » Bitcoin » Is MicroStrategy Secretly Dumping Its Bitcoin Holdings? — Here's All We Know

Is MicroStrategy Secretly Dumping Its Bitcoin Holdings? — Here's All We Know

Since MicroStrategy started purchasing Bitcoin in August 2020, the company has only appeared to purchase more with its CEO, Michael Saylor, insisting that they are HODLing for the long term.

However, those assertions seem to have been put to the test this month after a whistleblower flagged a wallet address allegedly linked to MicroStrategy that seems to be “dumping” its BTC through crypto exchanges.

MicroStrategy “Selling BTC is a thing”

“I just realized that MicroStrategy has been selling bitcoin without telling no one.” A Twitter user under the monicker “Ozz, CEO of altseason” wrote on Thursday. According to Ozz, despite Saylor saying that they would not be selling anytime soon, the alleged wallet address sold 1500 BTC on Wednesday. 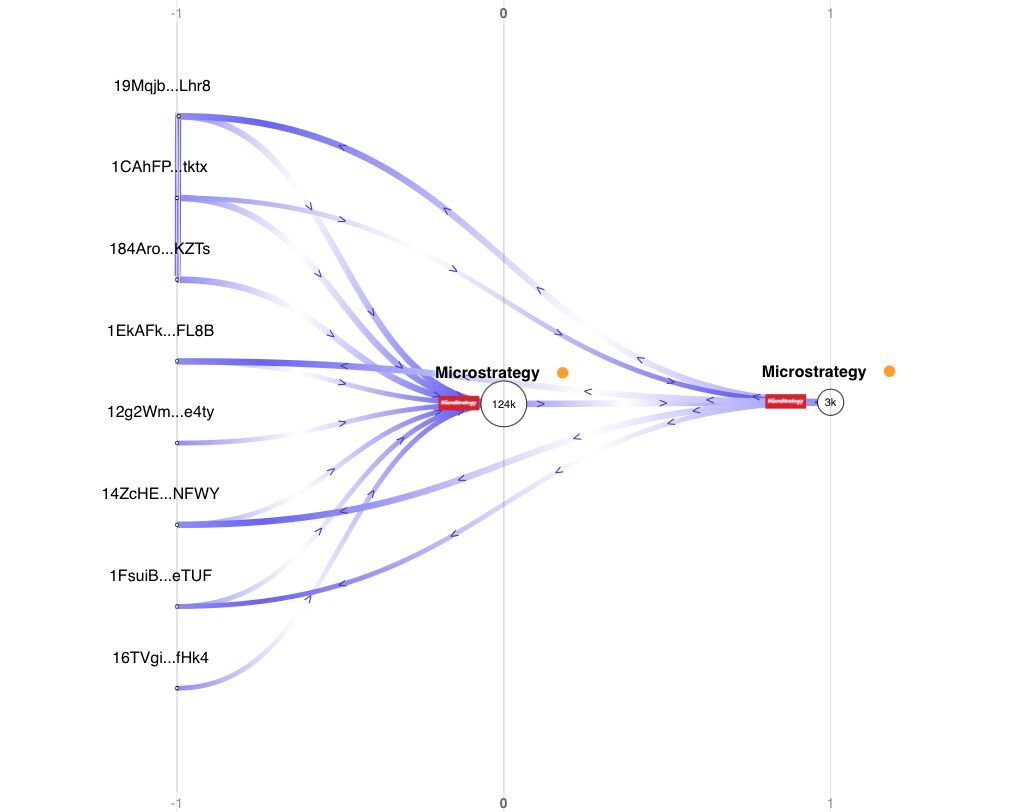 To back his claims, Ozz provided information showing that the said bitcoins had been transferred from MicroStrategy’s main custodial address to a Secondary custodial address before being moved to OKX and Coinbase. Whereas ZyCrypto cannot confirm nor deny these assertions, data on blockchain.com appear to strongly reinforce Ozz’s findings.

“Although the amount sold yesterday is insignificant compared to MicroStrategy’s holdings selling $63M worth of bitcoin “is a thing” and since they announce their purchases, they should announce their selling activities too.” Ozz further wrote.

On Friday, crypto pundit ‘Mr. Whale’ posted a blog that further puts Saylor’s cachet to question. To Mr. Whale, “Michael Saylor has a shady past” and has been notorious for keeping important things from the public, which is why his word that they will not sell Bitcoin should not be trusted”.

“He has been secretly dumping thousands of Bitcoin from his company for months, while at the same time urging others to “take out double mortgages and go all-in”, Mr. Whale who believes Saylor is planning a Bitcoin exit strategy wrote. 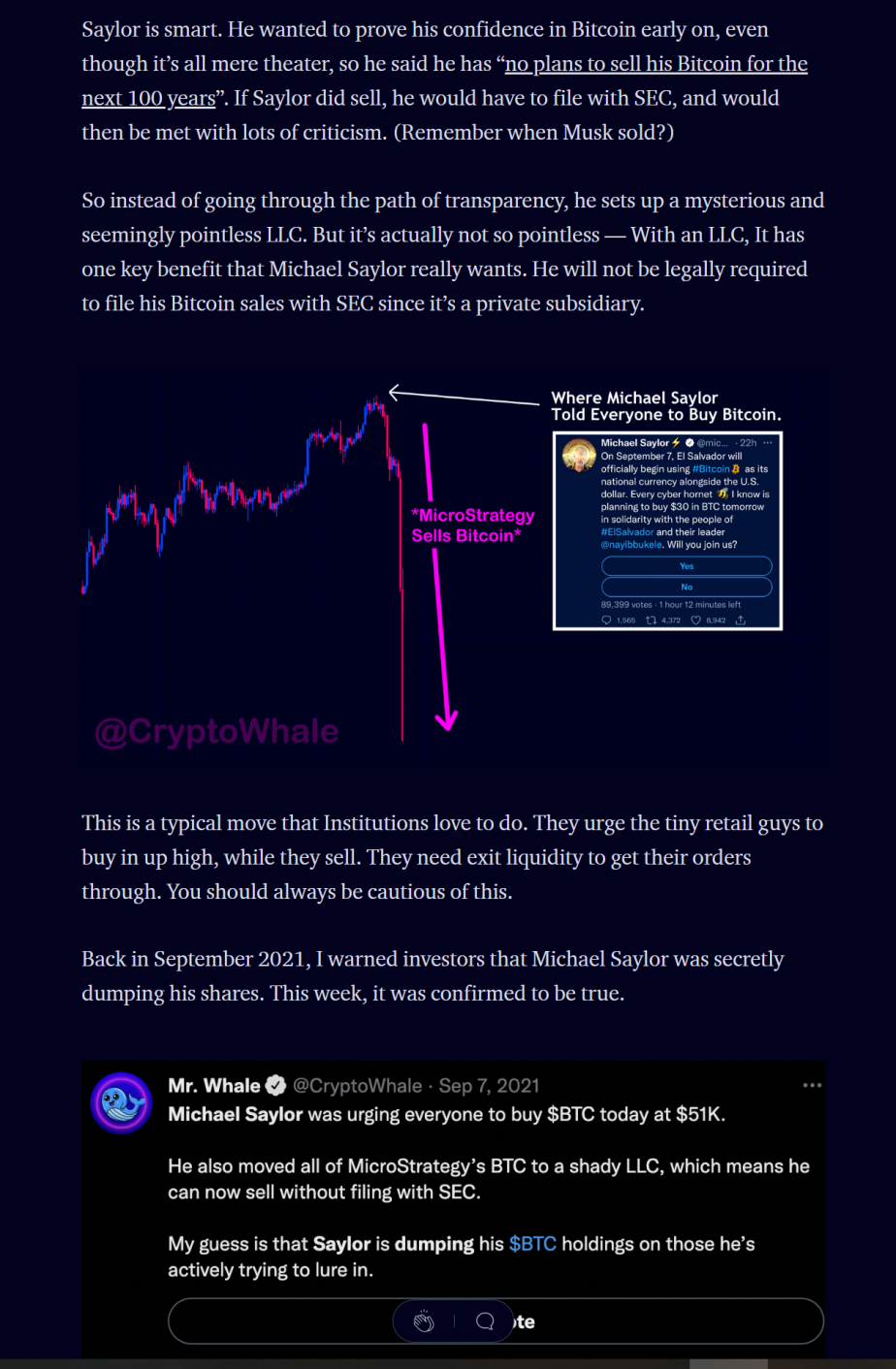 He went on to state that the MicroStrategy boss had been the biggest loser during the dot.com bubble after $13.53 billion in investor money went to the drain.

“It’s clear his company’s valuation is solely based on his ability to attract hype by engaging in popular trends, which we saw with their eagerness to be at the centre of the dot-com bubble and now with the bitcoin bubble.” the blog read.

Michael Saylor has since responded to the allegations despite Mr. Whale’s warning that the SEC may not actually be able to save investors from what’s coming.

In 2013, Saylor who now claims to personally hold over 17,000 BTC said that “Bitcoin’s days are numbered” before ranting on a later date  that Bitcoin was “just a worthless asset for gamblers to speculate.” These previous assertions further put his motive into question, which is why pundits believe Saylor could have one or two tricks up his sleeve.