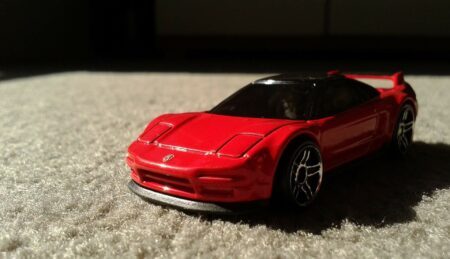 Last week, one car enthusiast (“nsxtra” on Instagram) released a video on YouTube in which he described how he sold 37 BTC — worth over $2.1 million at today’s prices —a few years ago to pay for two second-hand Honda NSX sports cars.

The Honda NSX, which is marketed in North America as the Acura NSX, is “a two-seat, mid-engine coupe sports car manufactured by Honda.”

In this video, which was released on February 15 on his YouTube channel “NSXTRA“, Chris Cuff, told the story of how he came to spend 37 BTC on two used Honda sport cars:

The first car is a red Honda NSX Targa:

“It has high milage. I drive it a lot. It was my dream car since I was younger… I bought it on Valentine’s Day in 2017. And at the time, this NSX being a Targa under 50 grand is a great price At the time, there was no Targas in the country listed for under $55,000 for high mileage ones.

“I got this NSX and I have never told anybody this. Everybody asked me how much I paid for it. It was hard to say at the time…I’m just gonna come clean; here it is: I got this NSX for a steal. I got it for $30,500.”

Four years after he bought the first car, i.e. on Valentine’s Day 2021, Cuff got to think about these two purchases:

“I still do. I will probably always own an SX for the rest of my life… but I started doing some math and it made me kind of kick myself in the ass.”

Cuff didn’t leave crypto after these two purchases, but sadly the majority of his BTC is now gone.

The views and opinions expressed by the author are for informational purposes only and do not constitute financial, investment, or other advice.