Home » Bitcoin » Grayscale Could Lose Billions From a Bitcoin ETF 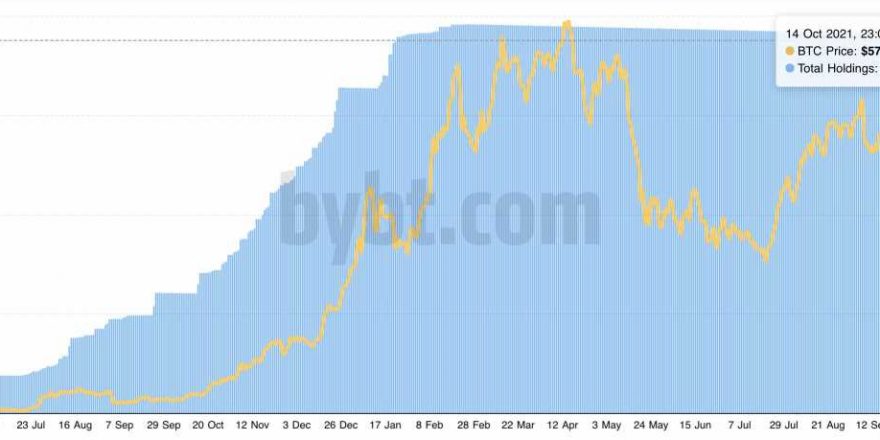 Grayscale Could Lose Billions From a Bitcoin ETF

American investors at Grayscale’s Bitcoin Trust are at risk of billions in losses from the approval of a fiat futures bitcoin ETF due to an arbitrary distinction by SEC that turns the regulator into picking winners and losers in an interference on the market.

Speculation is ramping up that a bitcoin ETF approval is imminent with the Securities and Exchanges Commission (SEC) itself adding to the hype.

“Before investing in a fund that holds Bitcoin futures contracts, make sure you carefully weigh the potential risks and benefits,” it said on Thursday.

New rumors that SEC won’t object to a fiat futures bitcoin ETF have further increased anticipation with the first decision expected to be on October 25th.

This distinction between fiat futures bitcoin ETFs and spot bitcoin ETFs risks picking winners and losers with Grayscale, and the thousands of Americans that have invested in their trust, potentially the biggest such loser.

Grayscale uses a loophole that allows the trading of bitcoin redeemable shares if they are held for six months prior to the shares being sold.

That six months period prevents proper arbitrage, so the trust often trades at a steep premium or at a considerable discount.

Once there’s a new ETF, to avoid that six months lockup investors may go away from Grayscale, something that easily can be addressed by turning the trust into an ETF with Grayscale itself stating that is their intention.

Gensler has not articulated why he is making such arbitrary distinction. Custody holding risks could be one reason, but insurance requirements can easily address such risk especially as Grayscale has proven they can safely custody the bitcoins for the past circa eight years.

SEC may instead open a new risk by causing a steeper discount at Grayscale trust shares that can’t easily be addressed due to the six months lockup.

“Every Grayscale ‘side-door ETF’ now trades at a significant discount, with $5 billion of additional shares locked ready for Rule 144 conversion. (i.e. further selling pressure.) Why does SEC refuse to approve a spot ETF that would save retail $5-10 BILLION?” – says Ryan Selkis, founder of Messari.

Turning GBTC into an ETF would instantly wipe out any discount or premium due to instant and lucrative arbitrage. SEC however intends to add fiat ETF competition while not bringing GBTC to a market level playing field. Making the situation worse for GBTC during those six months because institutional investors won’t be left with their trust as effectively the only choice in USA.

Grayscale investors can redeem the actual coins and then either hold them as such or custody them in spot exchanges, but that could cause losses for fiat bitcoin ETF holders as this new supply is added.

Something that may raise the question of whether the Securities and Exchanges Commission is protecting the public or actively harming them.