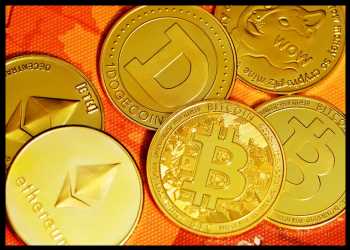 Apecoin (APE), the new token of the popular NFT project Bored Ape Yacht Club declined more than 6 percent in the past 24 hours and dropped to rank 48 among all cryptocurrencies. The crypto experienced lower highs on Friday ($17.75), Saturday ($14.54) and Sunday ($11.91) versus the all-time high of $39.40 on Thursday.

Ethereum Classic gained 6.91 percent in the past 24 hours and 51 percent in the past week to move up to the 30th rank among all cryptocurrencies. ETC, the original ether blockchain, has no plans to migrate to the proof of stake mining unlike Ethereum (ETH) which is set to transition to the proof of stake version Ethereum 2.0. It may be recalled that Ethereum Classic was created from a hard fork, or split, in the Ethereum blockchain in July 2016.

While war has prompted an increased adoption of cryptos, the increased volatility triggered by the war has influenced investor approach to managing the volatility.