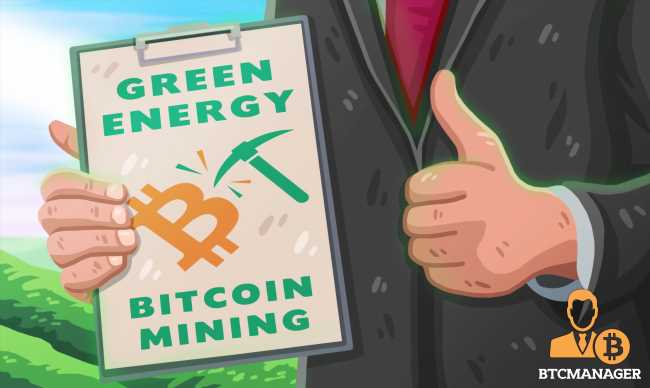 Ethiopia May Turn to Clean Bitcoin Mining to Strengthen Economy

Amidst the growing inflation rate and the constantly depleting value of its foreign reserves, due to the US Federal Reserve’s endless dollar printing, Ethiopia may be the next sovereign state to integrate bitcoin (BTC) into its economy, in order to beat impending hyperinflation.

While Ethiopia has been touted as Africa’s fastest-growing economy by the World Bank, it also doubles as one of the poorest nations in the continent, with a per capita income of $850 and the country may face an even bleaker future if adequate measures are not taken.

Inflation rose above 20 percent in Ethiopia in 2020 and hit a worrying 24.5 percent in June 2021, making it almost impossible for low-income earners to purchase food and other essential commodities.

“I am very scared of the current cost of things. I am afraid of being on the streets with my children. Prices are increasing in house rent, transport, foods and non-food items…which the government seems to be doing very little about.”

Though the situation may not be peculiar to Ethiopia, as residents of several African nations including Nigeria and Zimbabwe are currently feeling the pains of hyperinflation, the abundance of clean renewable energy in Ethiopia may just be all the country needs to turn its fortune around for good.

More than 90 percent of Ethiopia’s electricity is generated from hydroelectric plants, as well as other green energy sources like wind & solar, enabling the nation to generate extra foreign revenue (less than $90m annually) from its energy exports to neighboring countries, including Sudan and Djibouti.

At a time when bitcoin miners from China, as well as other jurisdictions with harsh crypto regulations, are seriously in search of safe havens for their bitcoin mining operations, the Project Mano Initiative, has outlined three workable methods (mining, hodling & legal tender) by which Ethiopia could easily boost its GDP and enrich the lives of its citizens via Bitcoin.

Presently, Ethiopia’s apex bank holds roughly $3 billion worth of foreign exchange reserves, with USD making up a large part of that amount. Unfortunately, the Fed’s unending dollar printing may spell doom for dollarized economies like Ethiopia, as their spending power will continue to reduce.

However, Project Mano has made it clear that Ethiopia could easily add between $2 to $4 billion every year to its GDP by dedicating its excess energy to bitcoin mining activities, rather than exporting to other nations and earning less.

What’s more, the team has made the government understand that with bitcoin, obtaining foreign exchange liquidity will be very easy, as the nation will be able to borrow stablecoin dollars with their BTC holdings via decentralized finance (DeFi).

Project Mano has also made it known to the government that they could also hodl some bitcoin (BTC) and see it surge in value in a few years.

“It has been suggested various times, holding some BTC in a reserve is likely going to guard the Ethiopian Birr against slumping, more effectively than the plans the National Bank has been implementing,” the team declared.