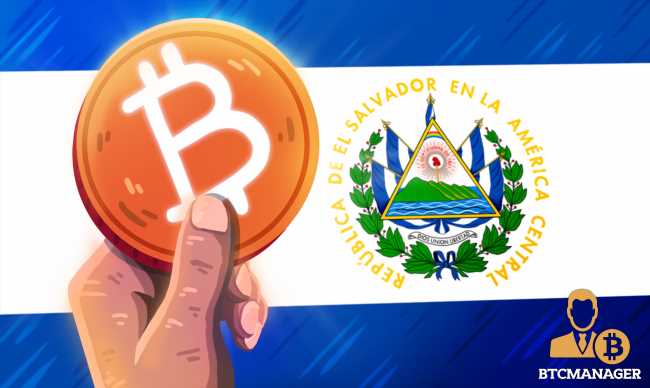 2022 could be another extraordinary year for cryptocurrency, with some suggesting that the next 12 months could see Bitcoin finally reach a price point of $100,000 at some point.

Indeed, there are a handful of experts who have made the same prediction, however none would be as high-profile, or perhaps as confident, as El Salvador’s President Nayib Bukele. The influential figure had made the prediction in a tweet, alongside a number of others, as something he believes will happen to Bitcoin in 2022. Amongst the predictions, he also stated that he felt two more countries would follow his country’s lead and adopt the digital asset as legal tender; a feat that the Latin American nation did back on 7 September 2021.

The move to introduce Bitcoin Law and introduce the virtual currency as legal tender made El Salvador the very first country in the world to do so, which attracted plenty of attention regarding the move. Naturally, many will have taken a keen interest in how the implementation of crypto worked, although it did not come without its criticisms, including from the International Monetary Fund (IMF). Despite this, Bukele decided to press on with his plans and announced his plans to issue a $1 billion “Bitcoin Bond” with a 10-year maturity on the Liquid Network., with half the proceeds being used to fund “Bitcoin City”.

With this in mind, it is no surprise that the El Salvador President believes that Bitcoin can finally reach the $100,000 price, especially as there are other factors that have perhaps helped drive the value of the digital asset up recently.

Crypto gambling is one activity that has boomed in recent years, with the use of a bitcoin casino something that many gamblers have looked to turn and use. Many have decided to go and use a bitcoin casino because of the array of benefits that can be had when using Bitcoin and other cryptocurrencies as a form of payment. A greater degree of security, a level of anonymity as well as faster and cheaper transactions including when making a deposit or withdrawal are amongst those that can be experienced.

Additionally, a recent study conducted by Thomas Conlon and Richard McGee in 2020 found that whilst the price increases being experienced had since tailed off, there was a suggestion that there was a telling impact in the earlier days.

Given that Bitcoin has yet to reach $100,000 or even a figure near to that level, there is no surprise that there is a lot of skepticism about whether it will be able to in 2022. However, there are certain projections that can perhaps suggest that there is every chance the crypto token can.

Projections regarding Blockstream suggest that the annualized yield that is offered by the “Bitcoin Bond” could reach as high as 146% in the 10th year, although that is subject to Bitcoin rallying to $1 million in the next five years. This is something that many have pointed to as a reason for skepticism, as the coin has only managed to peak around $69,000 throughout its history. Nonetheless, El Salvador remains a constant buyer of the dip, thus highlighting Bukele’s confidence in its long-term price potential.

Moreover, Bitcoin managed to rally by almost 60% in 2021, which meant it managed to outperform traditional assets by a significant margin, however the $100,000 price still remains out of reach. Some have pointed to the resistance shown by the U.S. Federal Reserve.

Other coins expected to perform better than Bitcoin

Despite Bukele’s confidence in Bitcoin, it would seem that there are some observers who believe it could underperform compared to other digital assets. Layer 1 blockchains such as Ethereum, Avalanche, Fantom and Solana have been identified as potential tokens to keep an eye on.