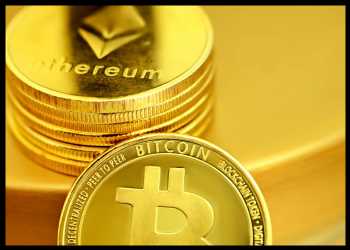 Cryptos: The War And Peace Dilemma

Ever since the conflict in eastern Europe worsened to a full-fledged war, crypto prices have proved exceedingly volatile, as markets debated whether crypto helped the war effort more or the sanctions evasion more. War time has been comparatively more rewarding for many cryptos despite the agony that unfolded. At the same time, some cryptos have recorded more gains in peace time than in war time, perhaps as the Fed’s war against inflation spooked investor sentiment much more than the war in eastern Europe.

Before we present the findings, here is a quick summary of the crypto markets at press time.

Volatility was on display in crypto markets early on Wednesday as the splendid rally on Tuesday gave way to losses in almost all the leading cryptocurrencies. Market cap capitulated close to 1.5 percent in the past 24 hours, dropping to the $1.91 trillion level. Thailand’s crypto ban, El Salvador’s Bitcoin Bond issue postponement etc. were some of the developments that influenced market sentiment.

ETH spinoff Ethereum Classic (ETC) surged more than 8 percent and moved up to the 27th rank among all cryptocurrencies.

The military strikes and the Russian invasion of Ukraine which began a little past 5 AM Eastern European Time on February 24 (or 11 PM ET on February 23) is nearing a month, taking its toll, not just in the battlefront but across the globe and across the global markets.

Asset valuations repositioned to respond to the changed political and economic scenario as the invasion was met with a series of economic sanctions imposed swiftly by several nations around the world. The firepower at the frontlines fueled the fear quotient among market participants causing valuations to whipsaw wildly.

32nd ranked Decentraland (MANA), the most valuable cryptocurrency in the Metaverse and NFT categories jumped 30 percent during peace time to $2.63 on February 22, from $2.03 a month earlier. However, in war time, the crypto token dropped by 7.60 percent to close at $2.43 by March 22.

Within the crypto asset class, the price movements before and after the war have been varied. The differentiating factor could be the use cases that each crypto asset claims. The war has demonstrated that technology and potential uses cannot play second fiddle to the power of price volatility and speculative demand.