Home » Bitcoin » Cryptos In Green Despite Wall Street In Red 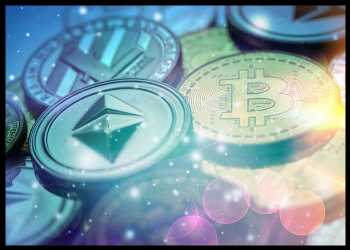 Cryptos In Green Despite Wall Street In Red

Cryptocurrencies extended gains early on Tuesday amidst a brilliant rally by Cardano (ADA). Bitcoin almost touched $32k, whereas Ethereum breached the $2k level after a gap of 5 days. Cryptos decoupled from the negative sentiment on display at the major stock markets. Wall Street and major European bourses are trading in the negative zone amidst concerns about untamed inflation.

Overall crypto market capitalization increased more than 4 percent in the past 24 hours to touch $1.31 trillion.

Ethereum traded between $1,889 and $2,005. It is currently trading at $1,976 implying overnight gains of 5.2 percent and weekly gains of almost 1 percent. Meanwhile, core developer Tim Beiko, on Tuesday announced that the Ethereum test net Ropsten is gearing up for a rehearsal of the Merge. The Proof of Work test net moving to Proof of Stake is dubbed the first dress rehearsal of the actual Merge scheduled for August.

3rd ranked Tether (USDT) traded between $0.9993 and $0.9995 in the past 24 hours whereas 4th ranked USDCoin (USDC) traded between $0.9998 and $1.00 in the same period.
MoneyGram has, as per a report by Bloomberg tied up with Stellar Development Foundation whereby users with wallets on the Stellar network can convert their crypto holdings into the USDC stablecoin, which can eventually be cashed out through the MoneyGram network.

5th ranked BNB(BNB) has gained 2 percent in the past 24 hours, but is still trading negative relative to the previous week’s levels.

Cardano (ADA) leaped to the 6th spot with a more than 16 percent surge in the past 24 hours. The rally is attributed to expectations surrounding the Vasil hard fork upgrade slated for June, which promises improved network throughput, efficiency and scalability.

57th ranked Waves (WAVES) recorded the steepest overnight gains of 54 percent in the top 100 assets category amidst a revival proposal for its stablecoin Neutrino (USDN), which had lost its peg to the US Dollar in April 2022.

Metaverse and gaming Token Axie Infinity (AXS) also gained more than 20 percent in the past 24 hours.

Terra (LUNA), the new public blockchain protocol that emerged from Terra Classic, is currently trading at $9.59, up 49 percent on an overnight basis. The coin which opened trading at $18.98 on May 28 is ranked 2807 overall. Stablecoins are not envisaged on the new chain.

Meanwhile, local media outlets have reported that in the wake of the Terra episode, the South Korean govt is planning to launch a digital assets watchdog.

Australian Associated Press has reported that the consumer group “Choice” has urged the incoming Labor government to prioritize the regulation of the cryptocurrency industry. Choice also shared the results of a national survey that showed one in nine Australians have purchased Bitcoin or Ethereum in the past 12 months.

Crypto market trends decoupling from Wall Street’s tech space is a great relief for crypto enthusiasts, as it gets reckoned as a separate asset class. Decoupling also could help add to cryptos appeal as a good diversification bet. It remains to be seen whether the decoupling sustains for sufficient time.