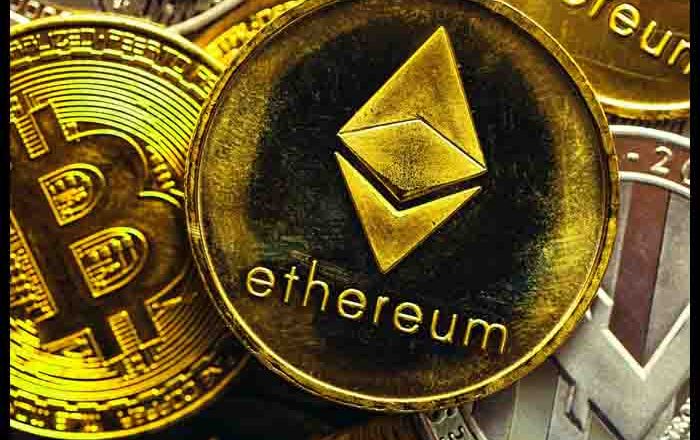 Cryptocurrencies remained firm and recovered a part of its losses in the previous session despite the ECB raising benchmark rates more than expected. The ECB’s 50 basis point rate hike after 11 years has lifted the key rates to zero percent, from the negative interest rate policy in force earlier. Inflation in the Euro Area is at 8.6 percent, far higher than the ECB’s inflation target of 2 percent.

Overall crypto market capitalization is at $1.07 trillion, versus $1.02 trillion, a day earlier.

At current prices. the crypto market is dominated 41.9 percent by Bitcoin, 18.6 percent by Ethereum, 14.3 percent by stablecoins and 25.2 percent by the residual altcoins.

Bitcoin dropped only to as much as $22,431 in the past 24 hours, and is currently trading at $23,518. Current levels imply an overnight gain of 2.5 percent, weekly gain of 12.8 percent and a year-to-date loss of 50.6 percent. Despite the newsroom being dominated by Tesla’s Bitcoin sale and ECB’s larger than expected rate hike, around 54 percent of the BTC holders are still making profits.

Ethereum fared better than Bitcoin, both on a daily basis as well as on a weekly basis. At Ether’s current price of $1,635, the overnight gains are 8.4 percent, whereas the weekly gains are 34.3 percent. The percentage of Ether holders who are making profits at current prices is also higher at 56 percent.

Ethereum co-founder Vitalik Buterin’s recent announcements regarding plans for Ethereum after the much-anticipated Merge phase, also helped shore up sentiment. After the Merge phase, the Ethereum ecosystem development is expected to proceed to The Surge, Verge, Purge and Splurge phases, which would eventually allow Ethereum to process about 100,000 transactions per second.

9th ranked Solana (SOL) rallied more than 6 percent in the past 24 hours.

Meanwhile, three people have been charged in the first ever cryptocurrency insider trading case. As per the document released by the Department of Justice, Ishan Wahi, a former product manager at Coinbase Global, Inc., allegedly tipped his brother and friend regarding crypto assets that were going to be listed on Coinbase Exchanges. The defendants are alleged to have made illegal trades in at least 25 different crypto assets and realized ill-gotten gains totaling approximately $1.5 million.

The Department of Justice had a month earlier announced the first insider trading case involving NFTs.

Meanwhile an official of the CFTC has expressed concerns on the far-reaching implications of the above case, as the SEC has labelled 9 cryptocurrencies, which the defendants used for trading, as securities. Caroline Pham, one of the five commissioners with the United States Commodity Futures Trading Commission said the CFTC should use all means available to fulfill its statutory mandate to vigorously enforce the law and uphold the Commodity Exchange Act. Coinbase too has lashed out at the SEC, stating that it does not list securities.

Reports from South Korea indicate that it has again postponed the introduction of a 20 percent crypto tax on accrued gains, above a specified threshold, from the beginning of 2023 to 2025.